Fashion comes, fashion goes. It’s cyclical in it’s own nature. We all may not wish to see those garments we wore as kids coming back to stoops and even catwalks, but they do. De La Soul rap sang something about 3 being the magic number, but in the terminology of trends, 25 years is more like it.

T-post® is a shirt subscription. If you’re not a subscriber, you can’t get your hands on our gear. But as a subscriber you’ll be given exclusive access to purchase all past T-post® gear to 75% discount. Sign up here >>

The scene is a clay tennis court just off the train tracks in my local small town. I’m around eight years old. After returning a good few of my fathers backhand slices I get attacked by a pack of angry wasps. Maybe they don’t find my footwork fancy, but that’s neither here nor there. What is though, is the outfit I’m wearing. White socks, drawn up high. White cotton shorts, a bit stale. And then the polo, a bright colored mashup of shapes on a crisp white tennis shirt, tagging the signature of Swedish ATP pro Stefan Edberg. On my feet? His own creamy white sneaker model from Adidas. Along with fellow countryman Patrik Sjöberg, who practiced the slightly less fashion forward sport of high jump (a tank top only goes so far), Stefan Edberg was the essence of cool when I was growing up. 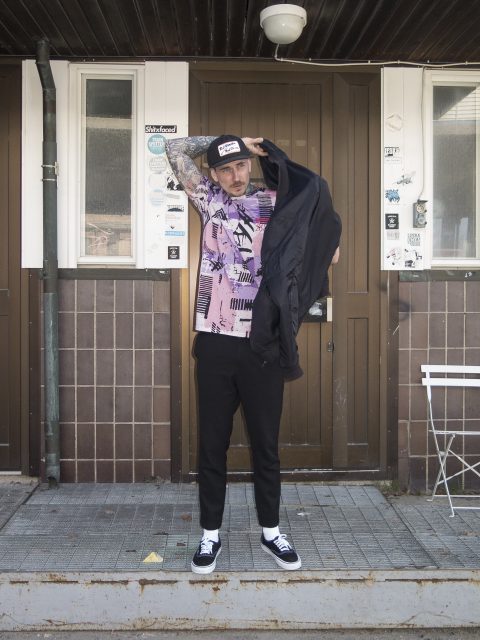 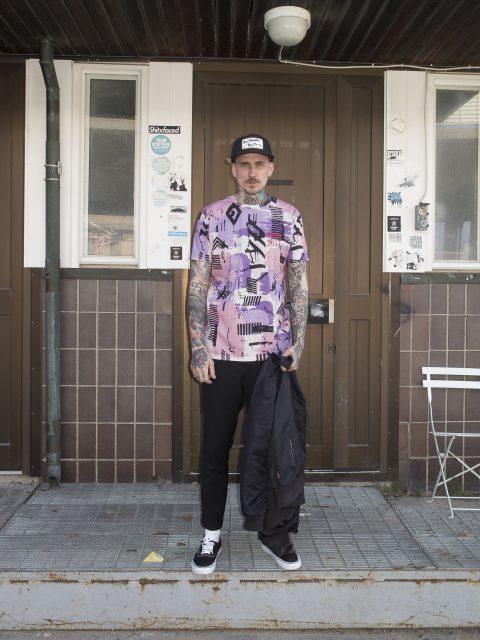 It was not his major success in grand slam tournaments or in Davis Cup –  nor his particular style of play – to be frank, his personal brand of serve and volley often bordered on the dull, seeking to end the duels in question quick and safe before they got exciting – but more his sponsor provided visual persona that drew me towards him and turned Edberg into a major role model. Nowadays, with about 25-years of water having passed under the proverbial bridge, I often find myself looking online for those very tennis shirts he wore back in the day. They tend to appear in various conditions on E-bay from time to time. Moreover, they have also been lumped in with the Fila’s, Tacchini’s and the Elesses of that era and can as a result not seldom be found on specialist sites like the British net stead 80’s Casual. Oddly enough, they also carry a good few Ivan Lendl jerseys, but everybody in Sweden knows that Lendl was a bit of a douche.

The all-over-printed ball cap came next in line. We got cable after a sudden move to a more run-down part of town, a two bedroom on top of a pizzeria with window view of the local drinking benches. Swedish Channel 5 wasn’t really all that and a bag of crisps, they mostly televised pre-Bob Saget episodes of Candid Camera, and the occasional Dudley Moore flick. But they also ran Fresh Prince in Bel Air on a daily basis, just in time for my return-from-school-sittings with glasses of O’boy chocolate milk and an unconceivable amount of Skogaholm sandwiches topped with the Swedish mainstay topping – household cheese. Will Smith starred as the prince of the show, and his brightly patterned ball caps was nothing short of dope. However, living in rural Sweden in an era before CIA had invented the internet (they were probably still busy feeding people LSD), meant no excesses in the way of American imported streetwear. 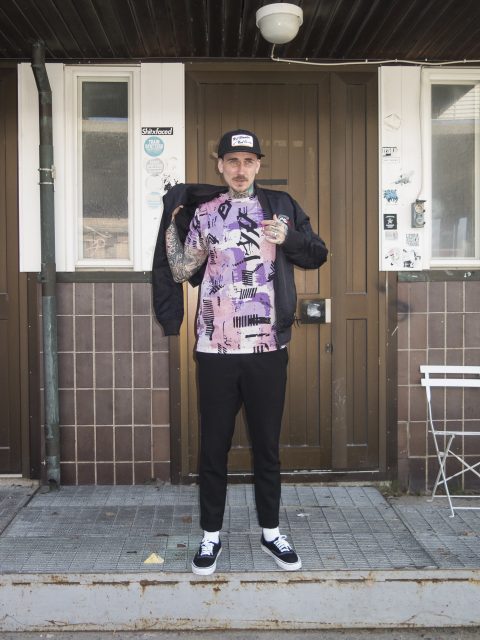 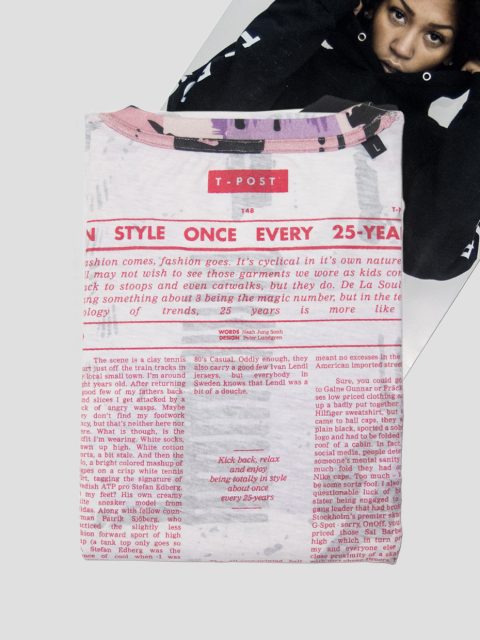 Sure, you could go round to Galne Gunnar or Fräcka Frasses low priced clothing and pick up a badly put together Tommy Hilfiger sweatshirt, but when it came to ball caps, they were all plain black, sported a sober Nike logo and had to be folded like the roof of a cabin. In fact, before social media, people determined someone’s mental sanity on how much fold they had on their Nike caps. Too much – he must be some sorta fool. I also had the questionable luck of having a sister being engaged to a local gang leader that had broken into Stockholm’s premier skate store G-Spot – sorry, OnOff, you always priced those Sal Barbers too high – which in turn provided my and everyone else within close proximity of a skateboard with dirt cheap Droors, hoodies, Westbeach sweaters and Plan B tees. The Fresh Prince hat, though, in all it’s colorful glory, seemed a mirage.  But only so up until a few years ago, when out of nowhere, every Hypebeast endearing Tom, Dick and Harry seemed to be owning one. The 25-year syndrome again, in full effect.

Working as a tool of the fashion industry, the safe revival of trends on a 25-year basis might be aimed towards a particular crowd, a pack of people being content with this way of recycling. Letting 20-years pass in silence while a style goes from high fashion followers to any given fella, leaving the next five years to become fresh and cool again. Perhaps the best thing is to take the route of the average majority – kick back, relax and enjoy being totally in style about once every 25-years.