I’ve always had a fascination with being an explorer of some sort. Whether it’s a planned attempt to set out and find something in particular, or just to stumble across something by chance, I want that feeling of discovery and holding that special something in my hands. 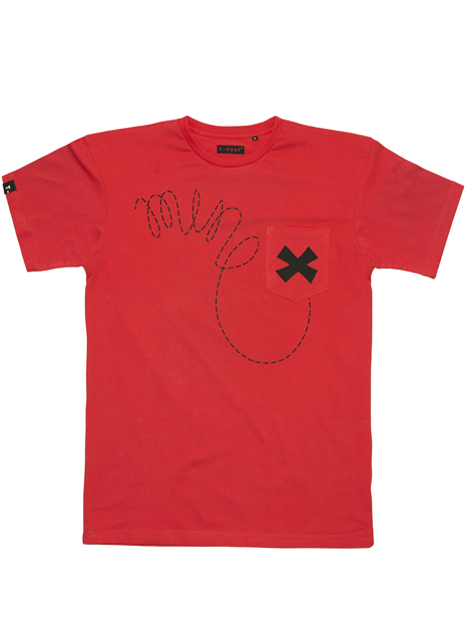 For this reason, I’m addicted to watching the Discovery channel, the History channel, and the National Geographic channel, as well as a subscriber to Smithsonian magazine and National Geographic magazine (which I’m sure most of you thought was only found in your doctor’s waiting area). I can’t get enough of it. Anything about Egypt and the tombs, I’m on it. Anything on searching the bottom of the ocean for shipwrecks, I got that recorded. Oh shit, there’s a reality show about dudes up in the mountains panning for gold, I have the series DVR’d. Anything about discovering some treasure-like shit, you can count me in. I’m even into the ‘Antique Road Show’ where people pull stuff out of their basements and have professionals critique and assess its value. In a hidden cave or at a yard sale, I love the thought of finding cool shit.

But I have to admit, Egypt and its tombs have always been my first love. So much so, it’s led me to start an ‘Egypt fund’ for my family, even before I had a family. Basically, every coin in my pocket at days end would go into a wine jug with hope that it would eventually accumulate to a sum enough for my family and me to fly to Egypt for an expedition into all the pyramids and tombs. Once my kids were old enough to understand its purpose, they began to contribute with any coin they happened to find in the couch or on the street. They knew that each coin they found would bring us closer to our

In a hidden cave or at a yard sale, I love the thought of finding cool shit.

expedition. We watched shows on TV about the ‘Valley of the Kings’, and they began to get excited. But via the news lately, Egypt is all fucked up, and has been for a while. Who knows when it will be safe to travel with my family, especially with 2 small girls.

Anyone heard of geocaching? Geocaching is the real-world treasure hunt that’s happening right now, all around you. At the time I wrote this column, there were 2,230,797 active geocaches (treasures) and over 6

million geocachers (hunters) worldwide. Basically, it’s a big fucken scavenger hunt across the globe that you can partake in on any day, at any time. Members can log on, and be given coordinates of any closely stashed ‘caches’ in their area or on their route. To keep the hunt going and growing, members are also advised to stash treasures of their own for others to find. Intrigued, I had to learn more, so I went to the site to check it out. I watched a video, introducing the concept, and the people giving testimonials were a bit too hungry for my taste, but so was the whole ‘Dungeons & Dragons’ clique back in the day, and I was intrigued by that as well. That being said, I never progressed in D&D because I didn’t hang in that crowd, and it’s probably safe to say I won’t be showing up at any geocaching gatherings or events anytime soon.

With my trip up the Nile not happening, and a local scavenger hunt not exciting me to the point of joining ‘that species’ of members, I found myself browsing for a metal detector the other day. I’ve watched those dudes in the past, usually pretty old, roam the beaches while I got my tan on. I always thought they were pretty fucked up to look for people’s lost chains and rings. It always felt like it was some bad karma type shit. But then I randomly clicked on a link attached to an article I was reading online, and I saw some guy showing off all his finds from one of his recent excursions... A gold cross, a bracelet, etc., and I thought, wow, if this dude didn’t dig down into the sand, those ‘artifacts’ may have been lost forever and no one would have enjoyed their beauty. What good would that have been. Then I hit another link and saw some grandfather at a park dig up some rare fucken coin right by where he was just pushing his granddaughter on a swing. What luck. Then I swiped to another page and saw a video of an old guy talking about how he digs along the banks of the Thames river to discover ancient medallions and daggers. How fucken cool is that? This got me thinking,.. ‘Why do I have to wait till I’m old, or wait at all, to be that explorer I’ve always wanted to be?’ It’s something I can do alone just to get away from it all, and it’s something I’m sure my kids would love to do with me as well. Buying a metal detector seems like a win-win situation, right?

I want that adventure. A part of me regrets not pursuing archeology or something of that nature as a career. I wish I could’ve been the first to discover something new, or the one to uncover a piece of our past that helped explain who we are and why. But after assessing my options, I’d settle for just finding something someone lost last week.