There once was a time when frightening tales were used to scare us away from those things in the world that could genuinely cause us harm. 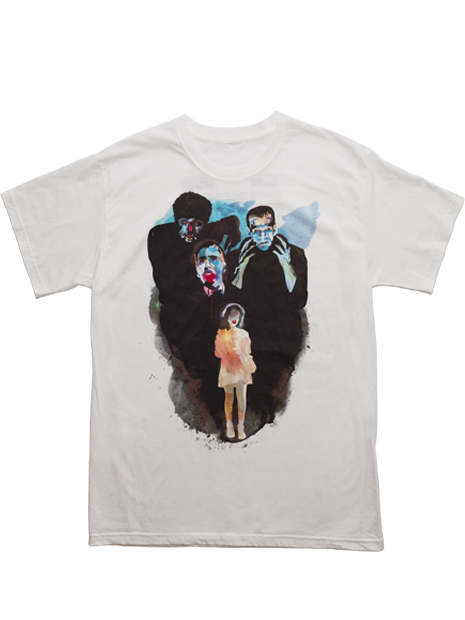 The roads and woods surrounding villages were dangerous places, so these places gave birth to stories of blood curdling monsters to ward off adventurous ideas in careless children.

Time went by and we as a race became less scared, and the terrifying havens for creatures of the night were lost to make way for centres of modern convenience and shopping malls. As times changed so did the stories, as they were brought up to speed with a modern generation through film adaptations and rewrites, each time loosing a certain amount of the original tale.

Recent years have seen a staggering amount of popularity towards the total revamp - pardon the pun - of these tales for a new generation, with the Twilight series by Stephenie Meyer becoming the fastest book to sell 1 million copies, a record previously set by Harry Potter author JK Rowling.

These books may be wildly successful, but it has reached such an extent that the messages that once came from monster stories are totally lost among their freshly penned angst ridden pages, with little resemblance to what they once were. Books such as Twilight and True Blood - and the entire genre like it - have created a generation not afraid of the big bad wolf, but with anthropologically questionable tendencies towards being it’s one true love.

Books, such as Twilight and True Blood, have not only created a generation not afraid of the big bad wolf, but also tendencies towards being it’s one true love.

Dracula, a notorious objector to monogamy, would be spinning in his coffin if he knew what has become of his legions of the undead. Instead of taking numerous spouses and preying on innocent townsfolk, the new effeminate vamps choose to chase after a girl they can’t even bite, with frankly irritating results. These creatures of the night are no longer creatures, barely a shadow of the feared monsters they once were. Who would be remotely afraid of that?

It could be said that the life lessons once taught by the fables no longer hold any clout in modern life, and that we no longer need to be scared. However these stories do so much more. They provide a vital connection to the history of stories, to our past, and leave us with instinctive fears that stays with us for life. Retail figures may show that these adaptations to the classic tales is bringing them to the masses, as a simple novel becomes a franchise and as the franchise grows a fad, but the impact of a fad can become timeless, and this needs to be taken into consideration.

Readers over the world are beginning to grow up unaware of the connection the stories they fascinate over hold in traditional folklore, and this isn’t right. Without some of the stories from Brothers Grimm, Mary Shelly and Bram Stoker, I know my childhood would have been something entirely different.