Where You’re From Is Number 1

Featuring excl. song: Random Bastards - UÅ
Download free
Unless some truly fucked up shit happened to you when you were growing up, most people have a real love for their hometown or city. It’s natural to miss your neighborhood if you’ve been away for a while. For this reason, some people can never find the courage or ‘want’ to ever leave it. 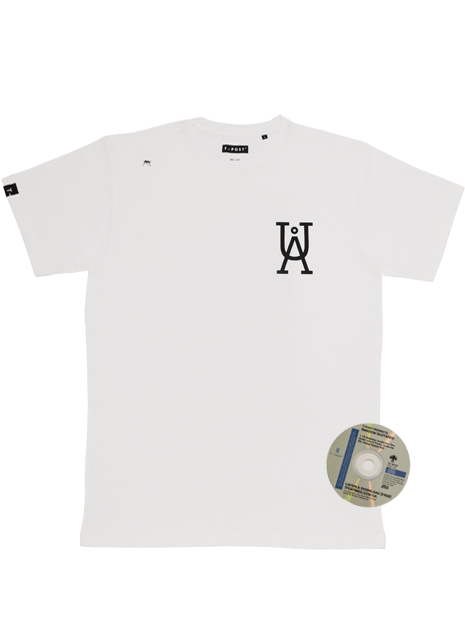 For me, it’s all of the above and more. I had a great childhood. I loved everything about it. My family and friends, the sports I played and the teams I played on, the bikes and car I had, my schools, the partying and fighting, the art I created, the moves i had when I danced... Basically, I loved life, and I loved my surroundings and wouldn’t have traded it for the world.

But I had no choice. I had to leave eventually. I couldn’t follow my creative heart and make any real noise in the suburbs I grew up in. I didn’t really have the audience I needed for the things I wanted to say and

Unless some truly fucked up shit happened to you when you were growing up, most people have a real love for their hometown or city..

eventually make. It was a cool place, but I wanted a bit more. I wanted to meet and touch people that weren’t satisfied with just hanging in a friends basement, taking bong hits with the football game on in the background (even though I have the fondest memories of that). I wanted more options than the one local bar on the corner (even though I knew I’d always find a friend there at anytime of the day). I knew there was clothing made not found at a mall, and I knew there were girls out there that my

friends hadn’t already hung out with... You get the point. The grass is always greener somewhere else.

But lucky for me, I live in New York, and I was only a half hour away from THE big city, so I had the best of both worlds... The safety and sure thing with my Long Island neighborhood, and the unpredictability of Manhattan, just a hop, skip and a jump away. Who could beat that?

In the past couple of decades, I’ve been fortunate to be able to travel the world. And in the last few years, I’ve been back and forth to Stockholm, Sweden multiple times. I bring this up because it’s the capital of the country T-post comes from (the issue your holding), and it’s a place I can speak of from recent experience. Stockholm is great. I love it.

But I have not met one young person who lives there that does not have dreams of leaving and moving to New York City (and some to Los Angeles for the year round sun). They live in such a beautiful place, but can’t wait to

escape. I don’t know if it’s just me, and they know I’m from NYC, so they feel they can be open about it, but to be honest, I think it’s mostly a city-to-city thing. Not to sound like I’m bragging about where I’m from, but I think if you live a ‘city life’ already, the ultimate dream is a ‘New York City life’. Is that crazy for me to say? I don’t really know how else to break it down. I know how much I love my city, so I can only imagine that anyone who has had the chance to visit must feel the same.

But then I talk to people that haven’t grown up or live in a major city. Most are like my friends at home in Plain view, Long Island. They still live there (or the next town over). They’re raising their families there, and their kids go to the same schools they did, shop at the same stores, and eat at some of the same restaurants they grew up going to as well. There’s that sense of small town pride that no one can take away. That community feeling. It’s something that most big cities don’t have, because big city people have aspirations of being in bigger cities. Small town people don’t want that (there are obviously exceptions, myself included). Most don’t give a fuck about the outside world, and even if they’ve left for a bit, come running back to where they’re comfortable.

This column started out as a straight up tribute to Umeå, Sweden, the actual birthplace of T-post. It’s not Stockholm, and it’s definitely not New York City, but it’s a place that the local artist have come to love, defend, and brag about harder than most big city kids do. These random bastards (what the local superstars have decided to call their unified group) have expressed this pride in a bunch of Swedish verses printed on the inside of this shirt. We tried to translate it all to actually print here on the packaging, instead of my words, but shit just got watered down as in most song translations (unless the words are totally reworked to rhyme and make sense)... Which is something I wasn’t about to do to this crew. I wasn’t about to fuck with their most heartfelt words. No one wants to feel the wrath of a small town clique.