You are now entering the 50th issue. From Sweden. About Sweden. With Sweden. 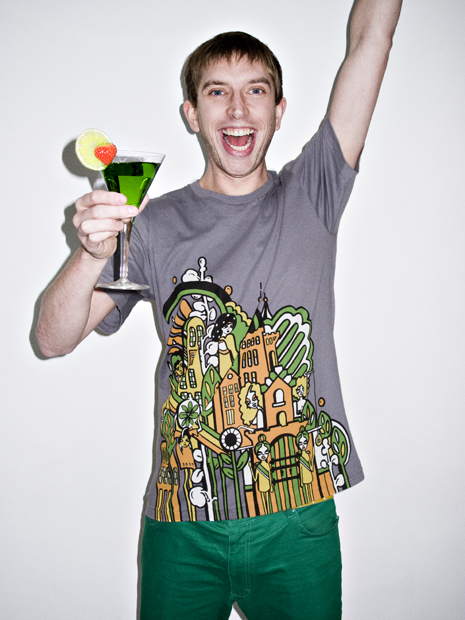 Yes, you read right. It's T-post's 50th Issue Anniversary and we thought we'd share with you a little secret that only recently made its way into the Chinese media after 150 years.

Chako Paul City, a town in the northern Sweden woods, is a place where all the residents are women, and all the women are gay.

Founded in 1820 by a wealthy widow, Shakebao, as it's also referred to, boasts 25,000 residents and a medieval castle guarded by hot female sentries.

Not so fast, guys. While tourism is booming, and "hotels and restaurants are everywhere to receive women from all over the world", any men wishing to enter risk being "beaten half to death" by the lesbionic police.

That's what the Chinese news media reports, anyway. They also report that many of the townswomen turn to homosexuality "because they cannot suppress their sexual needs". Oh, and that those who choose to leave the city to fulfill their carnal desires must agree to bathe and undergo several other measures so they don’t negatively affect the mental state of the others.

But could this town be real? Should T-post be hosting their 50th Issue Anniversary Party there?

Chako Paul City, a town in the northern Sweden woods, is a place where all the residents are women, and all the women are gay.

Why hasn't anyone else heard of this place? Could they be referring to another rumored all-female city in Sweden called Skamsele, which translates to "Shameville", by the way?

The Chinese media insists that the story was presented to them in an email from a female Chinese exchange student that went to Chako Paul City after a fight with her boyfriend. Later, her boyfriend managed to get into the heavily guarded city disguised as a woman,

eventually convincing her to leave with him. Maybe someone should send them another email. In the meantime, we have a few questions of our own.

Could this be an internet hoax by a girl named Lucy and three of her friends? Is this a viral marketing campaign by woman's film festival? Maybe it's a website for an underground lesbian escort service catering to Asian men. Or perhaps it's just a group of ambitious women looking to create their very own nirvana.

Whatever the answer is, we find the story well worth sharing. We hope that you also find it worth sharing and will join the debate at the new and improved t-post.se.