Remember Michael Edwards, more known as Eddie "The Eagle"? He was Great Britain’s first ski jumper to qualify for the Winter Olympic Games in 1988. He was also the worst competitor, finishing last in both the 70m and 90m events. 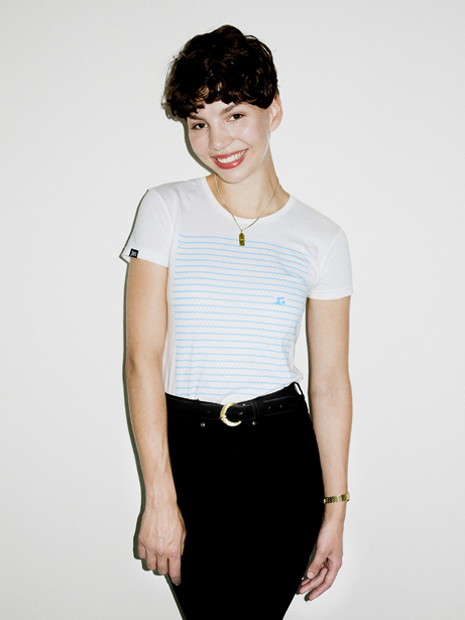 Edwards was originally a downhill skier but in order to achieve his dream of participating in the Olympics he switched to ski jumping due to easier qualification, with no other competing British ski jumpers. He was too heavy for his sport as well as farsighted, which made him look goofy, always wearing big thick glasses, even when standing on his skies. But despite his lack of skills, the audience loved Eddie “The Eagle”. Someone who didn’t share the love for Edwards was the establishment of ski jumpers, to them “The Eagle” was an embarrassment for the sport, leading the International Olympic Committee to institute what later became known as the Eddie “The Eagle” Rule. Basically the rule made qualifications for the Olympics harder and “the Eagle” failed to qualify for future games. Edwards is what we would call a true underdog of the Games and the Olympic history is full of similar athletes that will always be remembered either for their unexpected achievements or extremely bad performances. What makes us feel so strongly about these underdogs, how come they touch our Olympic hearts?

In the 2000 Summer Olympic Games in Sydney, a young man from Equatorial Guinea, Eric Moussambani, stole the spotlight from the Australian world record swimmer Ian Thorpe. Ian won three gold and two silver medals but the hero of the games was the slowest swimmer ever competing in the Olympics.

Olympic medalist will always be praised and loved, but it’s the underdogs that are the true heroes of the games because they remind us that anything is possible.

Eric had learned to swim only 6 months prior and was invited to participate in the Olympics as a “wild card”, meaning he didn’t have to reach the qualifying standards to take part of the games.

Eric was about to swim 100 m freestyle in the first heat with two other competing swimmers, who both got disqualified for jumping the gun, so Eric was alone in the pool. It was not an easy swim for the young man who looked like he would sink to the bottom at any time with lifeguards ready to save him from drowning. But Eric struggled and didn’t stop until he reached the finishing line. Totally exhausted his eyes met a crowd of more than 18,000 people standing up cheering for him. Many were probably laughing when Eric first jumped into the water in his baggy blue trunks, asking themselves what the hell he was doing there but the same people ended up loving him, if only for the moment. And the question remains, why?

Pierre de Coubertin, the father of the modern Olympic Games once said “The most important thing in the Olympic Games is not winning but taking part; the essential thing in life is not conquering but fighting well.” Perhaps we admire people like Eddie “The Eagle” and Eric Moussambani because they are the types who have the guts to give the world the finger and fight for their dreams no matter what, and who proves that you don’t have to be the strongest, fastest or the best looking to win the love of other people, you simply have to believe in yourself and don’t care what others might think.

For this years’ London Olympics, the underdogs were definitely the two women fighting for medals under the Saudi Arabian flag, Wojdan Shaherkani (Judo) and Sarah Attar (Athletics). Saudi Arabia’s earlier announcement that women would be excluded from London 2012 was faced with a call for banning the kingdom from the Olympics. It didn’t matter if these women brought home medals or not, it simply was enough that they were there, encouraging other women in the world who don’t have the same rights as men, to be brave and stand up for themselves. And the 17 year old Afghani boxing female Sadaf Rahimi has definitely given the women in Afghanistan a new face.

The Olympic Games might not stop ongoing conflicts in the world as they did in the ancient days, sometimes we even cancel the Olympics to continue our conflicts, but the fact that single individuals have the power to touch the hearts of people all around the globe is enough to keep the spirit of what the Olympic Games actually stands for, and that is courage.  Olympic medalist will always be praised and loved, but it’s the underdogs that are the true heroes of the games because they remind us that anything is possible.