Much before I knew anything about a jeffstaple or a Staple Design or a Reed Space, my boy put me on to a new sneaker about to be released by Nike. The “New York Dunks”, he called them. 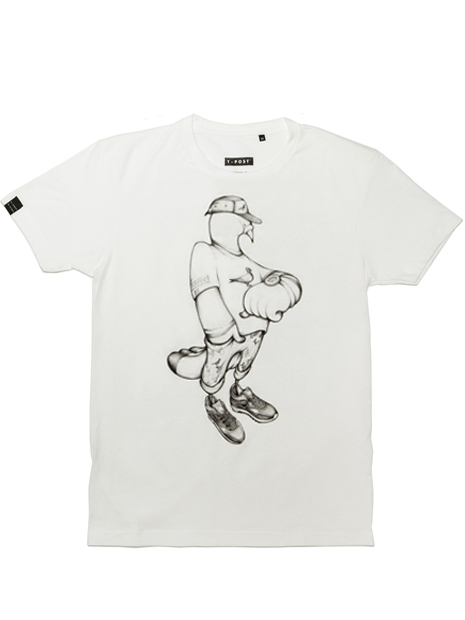 You may have been introduced to Jeff's work in some other way. Maybe you stumbled down to the basement of Parsons School of Design once and came across a kid using the facilities to silkscreen tees into the night. Or maybe you were the type to read the Art Director credits of a Fader Magazine in the 90's. You know, the Björk cover. The Eminem cover. Sade. De La Soul. Beck. The Roots. Maybe you bought one of the first 12 tees the guy sold to the Triple 5 Soul boutique on Lafayette Street in 1997. Maybe you bought one of the 36 he brought to Union a week after that. That was around the same time you might've even danced to a classic hip-hop set a "DJ jeffstaple" was spinning at local bars in the Lower East Side.

Or maybe it was Reed Space NYC? Jeff's famed store in LES opened its doors for the first time in 2002, instantly becoming a beloved staple of the neighborhood. It was the place to go for independent street fashion, sneakers, art, books and magazines, music, accessories and more—with possibly the sharpest curation of its kind. The ethos was clear. Google "Reed Space" and the description simply reads, "The creative culture lives here."

For me, it was the “New York Dunks”—The New York sneaker. Instantly the sneaker you had to have if you were one of the cool kids running around my city. They were shitty day gray, white and black with a dash of pink, and had a fucking pigeon embroidered on the side of them.

Staple Pigeon shit is now one of, if not the most famous animal excrement stain in the world.

They came out and destroyed. Madness ensued. Cops & SWAT were called to the scene. The only sneaker to get the cover of the NY Post. $2,000 on eBay and that's if you're lucky enough to not get sent a bootleg pair. Go fuck your marketing plan. The fateful sneakers for Nike were the first time the Pigeon logo appeared from Staple Design.

This was 2005. Over the years since, its adorned everything but underwear (coming soon), including caps, bags, New Balances, Converse’s, iPhone covers, toys and vaginas in a can from Japan. Of course, cut & sew pieces and hoodies, tees, New Era's, Starter Caps, Beats by Dre Headphones, a Kia Soul and even lacrosse sticks. Kid Robot made one out of sanitized plastic. London Undercover put them all over an umbrella. The DNA stayed the same, as well as the authenticity.

The pigeon logo was secured before you could finish your breakfast. Not only do the Staple guys own the bird but they own the bird shit, good and official with the United States Patent and Trademark Office.

Staple Pigeon shit is now one of, if not the most famous animal excrement stain in the world. It's the only time getting shitted on might mean good luck. You ask Jeff today if he's afraid his brand will forever be identified with the bird and you might get one of the those famous Jeff death stare responses that make you rethink your last 3 days. Staple is the Pigeon brand. That's a 100 year promise.

Though Jeff designed the pigeon in mind to be a symbol for New York City, what he got was a global brand identity far more meaningful than he ever could've anticipated. As he traveled, and more and more fans made it known to him, he realized pigeons represented something much more. For one, they were everywhere. They exist in all major cities, and all urban areas of the world. From the Piazza San Marco in Venice, to Trafalgar Square in London, all the way to the Brownsville Brooklyn rooftop coops Mike still keeps. That's Iron Mike Tyson to you. Rumor is, the champ threw his first few punches as just a kid defending his birds from some older bullies in the neighborhood.

And isn't that what it's all about?

Don't we all fight for what we need to protect? Don't we fly in any weather for our brothers, and break bread with the kids that look like us, coming up with us? You can relate to a wild, worldly pigeon's plight because it mirrors your own. The mentality of a survivor, and a street hustler, and an animal up against all odds fighting to eat. Not only that, but we'll shit on you, too.