The explorer of today is not called Magellan, Columbus or Amundsen. Today’s explorer of the world is a web browser. 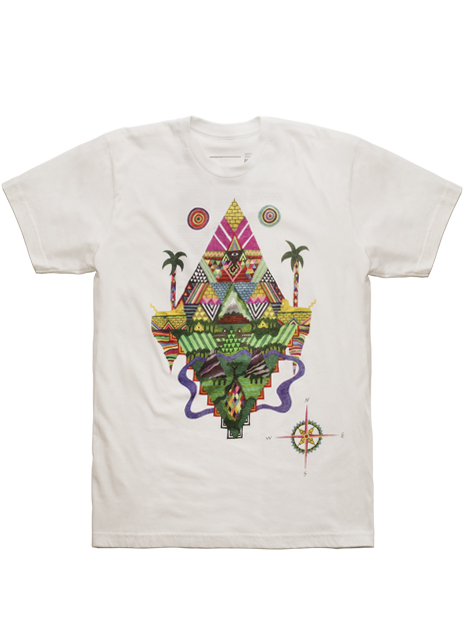 Since a few months ago this is more than a lame IT joke. Because, that’s when a scientist from Kew, England, discovered a hitherto unknown forest in the mountainous north of Mozambique. Nothing unusual in that. But the odd thing is that the forest, described by the scientists as a ”lost Eden”, was first spotted with the help of Google Earth. To our knowledge this is the first time in history that a territory is discovered without actually first finding the physical place and then mapping it. This order is now reversed and it gives a whole new ring to the expression ”armchair traveller”.

The newly discovered place is called Mount Mabu. It was one of the few uncharted spots on the planet until a British expedition from Kew Botanical Gardens led by Jonathan Timberlake stumbled upon a few years ago via Google Earth. An amazing discovery that brought forward a fascinating collection of new specimens and produced new, important knowledge, it also turned the concept of exploration on its head.

To explore used to be about experiencing, getting into close contact with a place, sensing it, smelling it, being immersed in it. But that’s not to say that the idea of grasping the world, making it manageable and regular through technology is new. Or that the technological interaction with the world is less natural. In fact, that idea is as old as mankind. And it’s farfetched to say that it is one of mankind’s defining attributes.

The tendency to shrink the world has haunted mankind at least since the first world maps were drawn in the 6th century BC. The goal with this type of visual representation of vast spaces has of course always been to bring the world down to a human scale. Mankind may be tiny compared to our planet.

Lost Eden was first spotted with the help of Google Earth.

But as the ingenious species that we are we have always been very apt when it comes to scale down things to our dimension. Dollhouses, Legoland and board games are but a few expressions of this tendency.

The ability to use imagination to trickle down everything to a handy size may very well be what makes us see ourselves as the crème de la creation.

So, that the first terra incognita now has become cognita through a technology that shrinks the world – isn’t that a natural extension of man’s technological being?

In any case, it’s obvious that when a human takes a closer look at the world there’s always serious shrinkage involved.

Daniel Brereton is a young British gentleman who likes to draw and make films. Sometimes he combines the two.

His idea of a lost Eden includes a pyramid gateway, sphinxes, a jungle river, palm trees and crocodiles.

Although we’re not one hundred percent sure that this is a correct depiction of the surrounding vegetation at mount Mabu we like it a lot.

Daniel has a site called danhaspotential.com