The Face of Honesty And Evil

Once again blessing us with its beacon of light, science has recently uncovered findings of immeasurable value to everyone from used car salesmen to Casanovas. 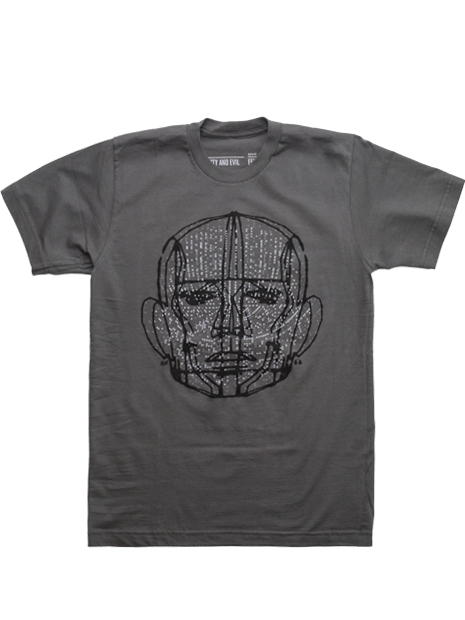 Two different research teams, independent of each other, have developed computer generated images that settles the score on an ancient mystery: what the worlds most evil and most honest faces look like!

On his part, the logician Selmer Bringsjord, chairman of Rensselaer Polytechnic Institute’s Department of Cognitive Science, has come up with the evil face. His facial representation of the “checklist for determining whether someone is demonic” is the culmination of his work on “what is evil and how to formally define it”. The inspiration for the image was taken from the character Mr. Perry in the movie Dead Poets Society.

Roughly during the same period, Dr Chris Solomon at the University of Kent has done the same thing – but opposite. He has established what the most trustworthy and honest face looks like. A verbal description: rounded face, soft jawline, thin eyebrows, bright eyes, small nostrils, large mouth, thin lips and a warm, bright complexion and no facial hair.

Like a breath of fresh air from 19th century craneology, it has once again become possible to read the shape, size and proportions of human anatomy as evidence of behavior. The possibilities seem endless. Up to a point we don’t even have to interact with bad people anymore. We can just look at them. We’d be like: “Look, there’s an evil-doer!” “Let’s run!”

But taking things a step further, wouldn’t it be great if these two ‘mad scientists’ joined forces and came up with the most evil person in the world – with the most trustworthy face? Oh, the things we could achieve.

Computer generated images settles the score on an ancient mystery: what the worlds most evil and most honest faces look like.

But hold on a second… Isn’t that kind of the way the world turns anyway? An evil guy with an honest face would probably look a lot like the guy who flirts with my girlfriend, double parks in front of my car, or steals my laundry appointments. Or the dizzying amount of cheesy politicians flashing ‘trustworthy’ smiles on TV-screens all across the globe. Not to mention most mass murderers…

Hmm, kind of hard not to wonder what Dr Solomon and Mr Bringsjord themselves look like…

They are perhaps best known for their luxury-oriented work for high-end jewelry and fashion brands such as Cartier, Sonia Rykiel and Swarovski.

For this issue they’ve created a ‘mask’ print with inspiration from the manner of Italian Renaissance, but interlaced with a radiating pattern.

”The aim of this conception was to reveal the interaction between the cognitive processes and the universal seek for decorative — i.e. logic — structures in nature. What’s in a decor? The engaging stimulus conveying harmony or just its exact opposite, the signal of very immediate danger? One could wonder… especially when strolling through Château de Versailles.”