The Comeback of The B Movie

CGI has been on the up rise for decades in the movie industry. But when everything is doable, it’s hard to make people as surprised and amazed as they first were when they saw Star Wars or the amazing animations of Ray Harryhausen. This is bringing a forgotten genre of movies back to life again: The B movies – a genre driven by pure joy of telling a story no matter what the budget. 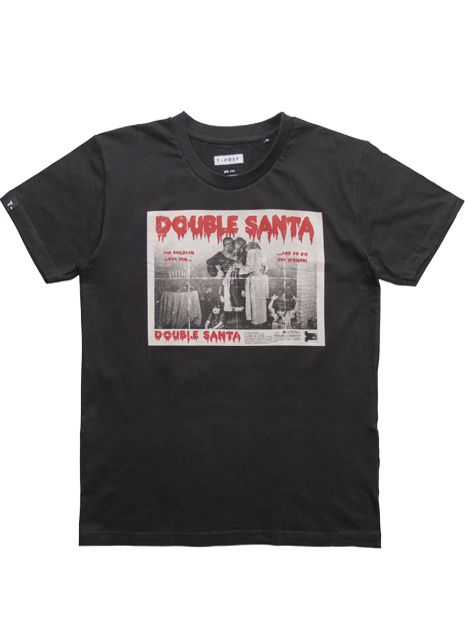 I would have watched anything with a ninja in the title, and I did. “Enter the Ninja”, “Ninja Dragon”, “Golden Ninja Warrior”, “Ninja III: The Domination” and, of course – “Revenge of the Ninja”. As a pre-teen in the late 80’s, the supply of low-budget action movies seemed endless, as were my appreciation for them. Basically, anything with high-kicks, synthesizer-soundtrack and half-a-descent chance of exposed boobs would do, and once I’d exhausted the local video stores impressive stock of ninja-related features I moved on to Kung Fu-flicks starring Jackie Chan, gory splatter-movies, cheap horror films and weird sci-fi you had to order by mail from the US. It would be weeks – sometimes months – before the package arrived, but it was (almost) always worth the wait. I don´t think the term “B-movie” was anything I was aware of at this time, I suppose I just enjoyed the simplicity, the straight forwardness and uncomplicated manner of the plot. I still do.

The definition of a “B-movie” has changed over the years. In the Golden Age of Hollywood, from the late 1920’s to the early 1960’s, a B-movie was most commonly used as the less publicized half of a double feature. As such, the films were often shorter then the main feature, around 70 minutes, and not uncommonly a part of a series in which the star repeatedly played the same character. During the 70’s and 80’s, the average running time of the B-movie increased, and so did the very span of the genre. To many film buffs, “B-movie” signals artistically lower ambitions (or in plain English: shitty acting, low budget, horrible script), but that is oversimplifying things. To fans, it’s all about the pure joy of telling a story uninhibited by constrains imposed on more expensive projects, or “artsy”

independent films. Many great movie stars, such as Jack Nicholson, Nicole Kidman and Tom Cruise have at some point ventured into the magical world of low budget B-movies. In 1982, then 26-year-old actor Tom Hanks played the role of Robbie Wheeler – a young man suddenly devoured by roleplaying to the point that he starts wandering the streets of New York routinely murdering homeless people and sinking deeper and deeper into an ever-escalating psychoses. The film “Mazes & Monsters” acts as a wonderful example of the moral-panic surrounding Dungeons and Dragons-culture in 1980’s America, but is a far cry from Hanks’s Academy Award-winning roles as HIV-positive Andrew Beckett in 1993-drama Philadelphia, or the slow-witted Forrest in the 1994 blockbuster Forrest Gump. Nonetheless – it´s a B-movie classic. The B-movie has always been a natural transition point – both for stars on the raise and on the fall. In 2013, former teen-idols Ian Ziering and Tara Reid got another stab at the limelight through the epic trilogy Sharknado, and the plot is nothing short

of ingenious: A freak-hurricane hits the coast of California – literally showering the city of Los Angeles with deadly man-eating sharks. The combination of horrifying tornados, swimming (and flying) death-machines and the resurrection of Beverly Hills 90210’s aging Ian Ziering obviously made for an irresistible mix, making it an instant cult film. The success of Sharknado is a good example of the new rise of B-movies. Technological advances have made cameras cheaper, editing equipment accessible and production costs lower, giving more people an opportunity to try their wings producing short-films and even full-length features. Platforms like Youtube and Kickstarter makes it possible for contemporary filmmakers to find funding, marketing and distribution for projects with little chance of getting picked up by traditional studios.

“I was mitten by a cobra. And hit by lightning”. The well-dressed crowd at the Cannes 2015 Film Festival roars with laughter as the 80’s action hero Kung Fury reveals how his awesome Kung Fu-fighting powers were acquired. Short film Kung Fury has all the hallmarks of a B-movie: Low budget, ridiculous plot (80’s cop travels back in time to kill Adolf Hitler with the help of Viking-babes, Thunder God Thor and collection of vicious dinosaurs) and cheesy one-liners. Still, the audience hangs on every word as if were it an existential drama directed by Woody Allen. Filmmaker and CGI-artist David Sandberg, a 29-year-old B-movie-enthusiast from small town Umeå in northern Sweden, can hardly believe what he is witnessing. After posting a trailer on Youtube the previous year his Kickstarter-project received over 640 000 dollars from around 18 000 pledgers, and the video exploded online. Kung Furys astonishing success in Cannes stands for something unique – a bridging of the gap between the “B-movie” and the “art house-film”. So, is this the beginning of something? Is it the rebirth of B-movie-madness? I truly hope so. Cannes really needs more ninjas, cheesy one-liners and dinosaurs. We all do.