The necktie is officially an endangered fashion accessory. Italy’s health secretary is recommending that all government offices ban the tie for sake of the environment. 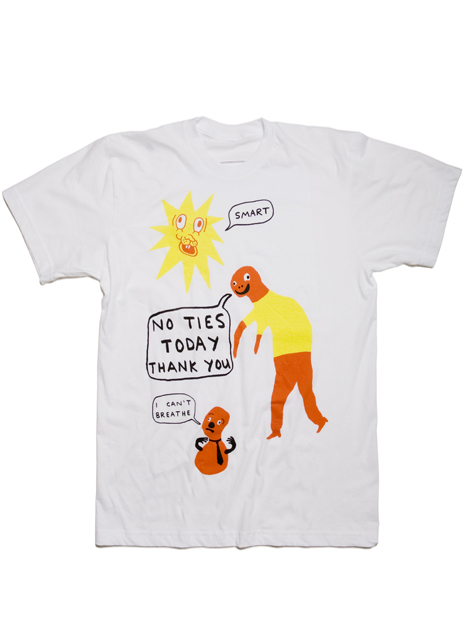 The thought being that the absence of a tie will allow for a lower body temperature and therefore, lower energy consumption by reducing air conditioning dependency. , Admittedly, the necktie is a pretty strange article of clothing. It’s managed to stick around for well over a century but like all things in fashion, it’s eventually got to make room for new trends. New high tech fabrics are popping up all over the globe, but surprisingly they’re not the reason behind the tie’s demise. No, it’s the seemingly unstoppable t-shirt that’s taking over.

The folks at Google have also expressed some dislike for the tie. Google's global privacy counsel, Peter Fleischer, wants employees to abandon the necktie for the t-shirt. Google wants to be perceived as a progressive,

casual and cool company. And the t-shirt is apparently the perfect garment for the job. But Fleischer’s additional comments reveal a more peculiar argument that contradicts his desired brand-image. “The tie acts as decorative camouflage for the business suit, designed to shield the middle-aged male physique, with its shrinking shoulders and protruding paunch, from feeling sufficiently self-conscious to hit the gym. Wouldn't you like to know whether your business partners are fit? Why should you trust a man in business if he abuses his own body?"

Maybe he’s right? Maybe we should all be forced to exercise – for the sake of good business. These suspicious tie-wearing people and their horrid bodies cannot be trusted. They’re hiding too much under that three-inch wide strip of fabric. Down with the necktie! If not for business – do it for the planet.