In a time were the competition from the multinational companies are slowly suffocating the last of the independent stores out there, Supporting your local dealer is more important then ever to keep your community alive. Not to mention being surprised by a hand picked product range far away from any predictable stuff only picked out to meet the next quarterly sales. 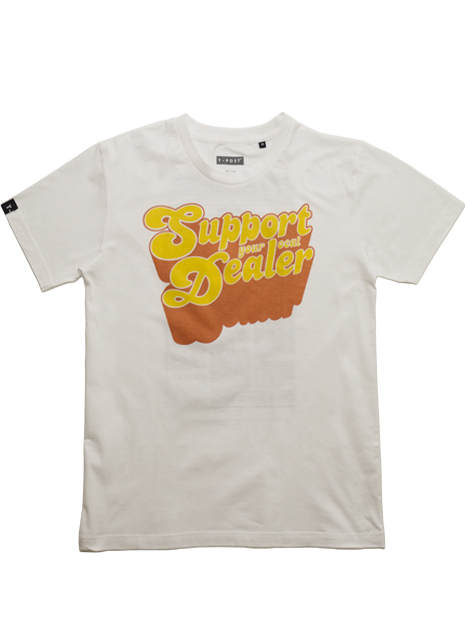 I might as well be upfront about it: I’m a disloyal prick. In fact, you could say I’m the Tiger Woods of online-shopping. Maybe not in the sense that I´m ridiculously good at it – even though I´ve had enough practice – but I´m notoriously unfaithful. And much like the sex-addicted golf-guru, I blame the unlimited supply of tasty goods. In Tigers case: the goods being busloads of stunning women willing to “caddie his golf bag”, “twist his peg” and “cradle his nine-iron” (if you catch my drift). In my case: the never-ending range of enticing shopping-sites pushing beautiful menswear- and gear at competitive prices. Now, I could argue that the poor quality of the local stores is forcing style-aware guys like myself to venture online, that the underwhelming men’s wear-sections are better equipped to cater to plus-size Nickelback-fans and cousin-dating-gay-bashing-squirrel-hunters. Except, in this case, that’s not really true. Considering the geographical location of my Swedish hometown Umeå (about as far north as Siberia), and it´s limited size (population around 120 000), the place is a regular fashion-Mekka.

Sure, it may lack the custom tailor shops of Florence, the Saville Row-experience of London and limited edition-bonanza of New York, but when it comes to cool Scandinavian style and basic streetwear-stores – Umeå holds it´s own.

If, in a few years, the answer is “super effective shopping-drones”, we’re all in deep trouble.

And it´s not really about the prizing either. Sure, you might find a 30 dollar-tee at 25 bucks in a web-shop, but if I had any sense of economic self-preservation I wouldn´t spend half my not-so-great income on streetwear anyway, now would I?

So, if it´s not about the selection, and it’s not about the prize – then why am I, and so many others with me, abandoning local stores and taking to the web? Well, I guess we´re just lazy fuckers. It´s just so damned simple to do your shopping from the comfort of your (online-bought) Ikea-couch,

to cop a new pair of sneakers with one eye on Game of Thrones, or treat yourself to a sweet new weekend-bag while keeping up with The Kardashians. I know I do. But what happens when we desert our local independent stores, abandon the small businesses that are already fighting an unfair fight against huge multinational companies swarming the market with cheap crap made by the lowest bidder? They disappear, that´s what. Little by little every unique and interesting boutique gets swapped for a generic chain store, every cozy coffee shop turns into a shitty Starbucks-clone. Fuck that, I´ll take passion over price any day of the week. One of the more spectacular threats to local independent stores is actually descending from the skies.

In 1994, Princeton graduate Jeff Bezos started his online bookstore Cadabra out of the family garage in Seattle. Then 30-year-old Bezos had spent a few years on Wall Street before

switching focus, and now had his sights set on the relatively new area of e-commerce. Bezos friends soon pointed out that “Cadabra” sounded an awful lot like “cadaver”, and the name was quickly changed to Amazon. Twenty years later, Amazon.com has expanded into sales of everything from clothing and electronics to food and toys, and has a yearly revenue of close to 90 billion dollars, making it the 56th largest company in the USA, and – according to Forbes – making Jeff Bezos the 19th richest person in the world. But Jeff Bezos is far from done. In a 2014 letter to Amazon shareholders the now 47-year-old web-entrepreneur mentions plans of “aerial vehicles”, a.k.a. drones, witch would allow around the clock home delivery. If everything goes as planned, within a few years customers will have small “Octocopters” delivering packages at their home less than 30 minutes after hitting the “buy” button at Amazon.com. Think about it: Around the clock delivery. Of anything. Anywhere. To lazy fuckers like me this sounds like a little slice of heaven. Or does it?

The airborne delivery-service could very well be the last straw to break the independent stores back. Sure, having everything delivered to your door makes actually leaving your house superfluous, so the slow extermination of local independent stores may not really strike you as that dramatic. But of course – it´s a bit more complicated. The stores are about more then just shopping, it´s a base for social interaction, inspiration, a source of work and a selling point for tourism. Why visit OUR little town? If, in a few years, the answer is “super effective shopping-drones”, we´re all in deep trouble.

Oh, and by the way: Some of you cheeky bastards may associate this month’s theme “support your local dealer” to other items than clothes and accessories. To you I say – the same principles apply. For Gods sake, it´s 2015 – even Umeå is self-sufficient in it´s weed-supply by now.