Americans alone throw away 4.5 pounds of trash a day, far more than people in most other countries do. 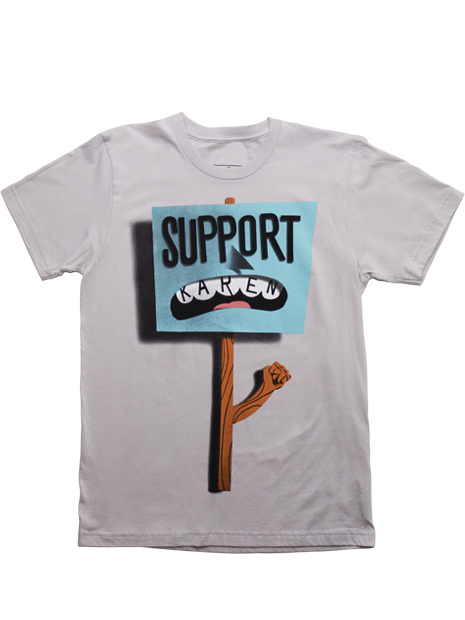 Yet, to most, it’s just another empty statistic. The amount of waste each we all generate doesn’t seem to bother anyone, partly because no one sees the problem.

Everyone puts their waste in a trash receptacle or recycling bin, the garbage truck comes along and whisks it all off to a so-called bottomless landfill or recycling plant, and then the problem is solved, right? Trash only becomes a problem when we have to look at it, smell it, or compete with those nasty little creatures that feast on it.

No one knows this more than Karen Herzog, a self-proclaimed trash recycler who lives in New York, a state that must now export their trash to available landfills in surrounding states.

For years, Karen has been doing her part for the environment by recovering everything from typewriters to porcelain figurines to discarded bricks, and reusing them herself, donating them to charity, or simply storing them in her yard for future use. Not everyone supported her. In fact, Karen’s neighbors didn't appreciate the heap of clutter in her yard and reported her for code violations. Forced to go to court, Karen was ordered to pay $79,000 in fines or get rid of everything except a broken wicker chair and a flowerpot. The “trash” is now out of site, but we’d like to make sure that it’s not out of mind.

During the Great Depression, people used to sort through city dumps to find and repair or reuse discarded items.

Karen Herzog was ordered to pay $79,000 in fines for recycling trash by a state that must now export their trash to available landfills in surrounding states.

Today, it's actually illegal. In fact, it's illegal to go through anybody's trash. And now, if your trash is visible, you can be fined. Doing good for the environment is bad. Or, at least, that’s what the law suggests.

If more people are prosecuted, will anyone try to salvage anything or will it all go into the ground where we get our food and water? We can’t just sweep all of our waste under the rug, or dump it into the ocean, and expect everyone to forget about it. Or can we?

How big must the Great Pacific Garbage Patch get before people start to take notice of this toxic trash heap that’s twice the size of Texas and floating in our ocean between San Francisco and Hawaii? Whose beautiful view must it obstruct before we’re forced to do something about it?

What will the future of the world look like if we continue on this path of excessive consumption? Might we all be living on tops of trash covered by pretty landscapes? Or will our perceptions of trash change and encourage us all to reduce, reuse, and recycle our waste?

All we know is that it couldn’t hurt to be a little more like Karen.