Waiting 89 years for a RSVP to your party, or 54 years for an Olympic marathon to end, would make anyone a bit impatient, but just how late is ‘too late’? We’re getting pretty spoiled with speedy deliveries, easy access and instant gratification, and it’s starting to take a toll. So if just one ship plugging the Suez Canal can cripple the whole world for months, maybe we need to chill out for a little bit? 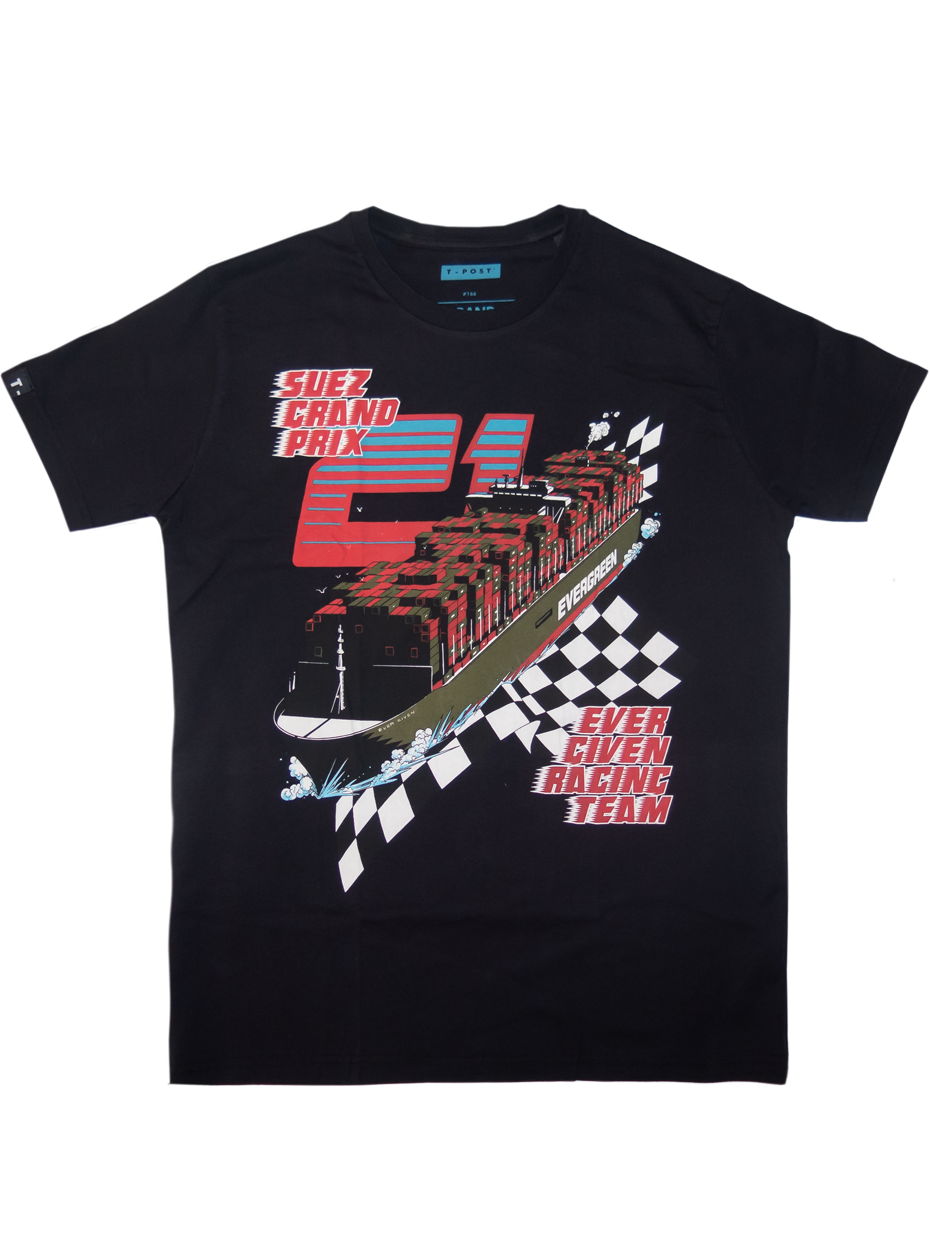 75-year-old Shizo Karakuri carefulle makes his way towards the finish line in Stockholm, marking the end of an extraordinarily long-lasting Olympic marathon race. Since the race started – 54 years, eight months, 5 hours and 32 minutes ago – Karakuri has established himself as one of Japan's greatest long distance runners, had six children, 11 grandchildren, and completed a long career as a geography teacher. As he finally crosses the finish line, Karakuri can now add “the world record of slowest marathon on record” to his feats.

The tale of Shizo Karakuri is as bizarre as it is fascinating. After qualifying for the 1912 Stockholm Olympics, Karakuri had a trying journey by ship and the Trans-Siberian railway and arrived only days before the marathon. Weary from the trip and

The estimated delay cost for every hour during the block is US$400 million.

unaccustomed to the Swedish cuisine, Karakuri lasted only half way through the race before collapsing and being found by the side of the road by a family of Swedish farmers.

Humiliated, Karakuri left Stockholm without notifying any officials, resulting in Swedish authorities regarding the Japanese citizen as a ‘missing person’ for more than 50 years. In 1967 news reached Sweden that the then 75-year-old Karakuri was alive and well, living with his family in Japan. Swedish National TV arranged for Karakuri to travel to Sweden and finish the race he’d started, 54 years earlier.

“Dear Percy, Many thanks for the invitation, be delighted. See you on

the 26th December. Regards Buffy.” The RSVP to a Boxing Day party was delivered to Janet Barrett, a guest-house owner in Weymouth, Dorset, UK, in 2008. Only thing was – the recipient never went by the name “Percy”, did not know any, “Buffy” and was not hosting any Boxing Day-party. Turns out the said gathering took place 89 years ago and had been posted on 29 November 1919 – around the same time as Adolf Hitler gave his first speech for the German Workers Party, health officials declared the Spanish flu ceased and Felix the Cat made his first on screen appearance in animated short “Feline Follies”. The message was finally delivered in a plastic bag with a brief note from the Royal Mail apologizing for any damage, but leaving no explanation for the – by any measurements – vast delay.

The concept of delayed gratification really has no place in contemporary society. On the contrary – every step in social evolution seems to be angled on speed, effectiveness and instant gratification

– everything, now. In human science a person's ability to resist the temptation of an immediate pleasure – in the hope of obtaining a valuable and long-lasting reward in the long-term – also relates to similar skills such as patience, impulse control, self-control and willpower. I don’t know about you, but this is a test I would fail in a spectacular way. In the past 20 years, access to information, webshops, streaming and smartphones has sent my ability for patience plummeting, and I’ve now reached the self-discipline-levels of the average five-year-old. Waiting is not an option.

Given that – maybe the world-wide panic erupting in the wake of container mega-ship ‘Ever Given’ getting stuck in the Suez Canal is only natural. The blockage, which lasted for a week, caused at least 369 trade ships to get delayed, with goods at an estimated worth of US$9.6 billion. But the delay risked a lot more than a few people having to wait a few weeks for their new Ikea bookshelf or limited edition sneakers. Experts noted that even a short-term disruption at the Suez Canal would have a domino effect for several months along the supply chain. A shortage of certain goods threatened to influence markets already at risk of collapsing from the Covid19-pandemic. Shipping journal Lloyd’s List estimated the cost of every hour during the block at US$400 million, and the incident caused a spike in oil prices by 4% in the following days.

But the risk of a ship getting stuck in the narrow Suez Canal was by no means an unknown eventuality. With huge shipping vessels navigating the – at some points no more than 300 meter across – passage at winds exceeding 40 miles per hours, it was an accident waiting to happen. And with more than 12 percent of the global trade passing through this one canal – shouldn’t we be better prepared?

This past couple of years we’ve seen a virus bring the whole world to a halt, and watched as one container ship stops 1/10th of the global commerce. We seem to be a lot more vulnerable than we’d like to admit. Maybe we should take some notes from Shizo Karakuri, and try not to be so goddamn impatient. Life is – after all – a marathon, not a sprint.