Rather than representing a set of brands or clothes, streetwear represents a lifestyle. “It’s a fuck you free spiritedness” to quote Misha from Perks & Mini. “It’s where it all starts, from the ground up; street is the seed to all other fashion”, if you prefer the definition of Kenta Goto from Brknhome. 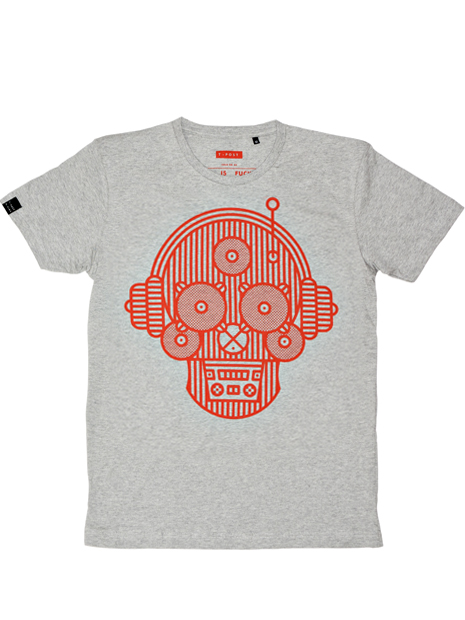 There are many voices that speak of the streetwear culture, what it is or once was, how it all started and where it’s heading. One thing for sure is that streetwear is a philosophy espousing a do-it-yourself spirit that once emerged among an urging urban youth culture who wanted something different, new, unique and definitely something far away from anything considered mainstream. The brands themselves, like Supreme, Alife, Stüssy and Staple, just to mention a few, are the result of a young generation’s creativity, drawing influences from street subcultures like the skate culture, graffiti scene, punk, rock and hip-hop music that flourished back in early 80’s and the 90’s.

Scott Sasso, the founder and creative director of 10 Deep, was introduced to streetwear through the graffiti scene, when he discovered that walls weren’t the only place for graffiti writing. “You could actually put it on clothes!” He continued, telling how impressed he was that kids of the same age were making their own original clothing, where art suddenly became wearable. For Shawn Stüssy it all began 1980 in California, when he started to print his own T-shirts and sell them alongside surfboards in his shop in Laguna beach, and Hiroshi Fujiwara, `the father of Japanese streetwear,´ got involved as early as 1977 when he took a real interest in punk, saying that the under-

Many consider the Internet to be one of the reasons why streetwear has lost its exclusivity and become more mainstream.

ground power of streetwear is definitely one of its undeniable strengths. So getting back to Sasso, “streetwear definitely did not grow from one single source”, it was a group of individuals who filled a missing niche, creating limited runs of original graphic T-shirts communicating the core of their

subculture. The point at which the Internet made its entry was probably a turning point for how streetwear would further develop. Many of the big names among people who took streetwear to where it is today consider the Internet to be one of the reasons why streetwear has lost its exclusivity and become more mainstream. Omar Quiambao, founder of Commonwealth, tells how “before, to get certain brands and products, you had to actually travel to get these things. Nowadays kids can buy anything from the Internet, so the experience of taking that journey to get the stuff was something that gave the street culture its integrity, not the item itself”. “Internet has taken away some of the mystique and the underground factor”, says Goto and talking about

underground cultures, Fujiwara tells he can’t really see any underground movements right now, mainly because of the Internet. According to him, “the information moves too quickly and anything new doesn’t get the proper time any more to grow organically.”

So if there is a lack of underground cultures and exclusivity for the moment, as Fujiwara claims, and if streetwear in and of itself is built upon exclusivity and underground cultures, does that mean that streetwear is dead? The world has definitely become smaller ever since we have gotten used to having access the World Wide Web on a daily basis, which of course will have an effect on a world that once was available only to those immediately involved. The number of brands is also much greater today than in streetwear’s early, developing days, meaning why create new stuff when there’s already so much to choose from? “We live in an era of remix”, says Fraser Cooke, the marketing director for Nike, “everything on almost every level is sampled from the past”.

Perhaps the culture of streetwear isn’t what it once was, but that’s just the law of nature; what grows, changes with time. There is nothing you can do about it but embrace the constantly changing world around you and simply adapt while keeping the spirit of creativity in your mind. Peter Huynh, co-founder of UXA, couldn’t have said it better when answering the question of how he defines streetwear. “It’s like a tiger in the jungle, striped coat, fast agile, with survival instincts. I envision streetwear as evolutional, adaptive to an environment.” Streetwear is definitely not dead; it’s simply changing shape waiting for a new generation of creative and rebellious youth to decide its further path. That’s evolution baby.