34 years, 70 million dollars spent and 10 000 interviews performed – how did a stocky 52-year-old graphic designer end up at the epicenter of the most extensive criminal investigation of all time? The murder of Swedish prime minister Olof Palme has been a painful sore on the country’s collective soul for more than three decades, but still remains unsolved. Was the killer right under their nose this whole time? 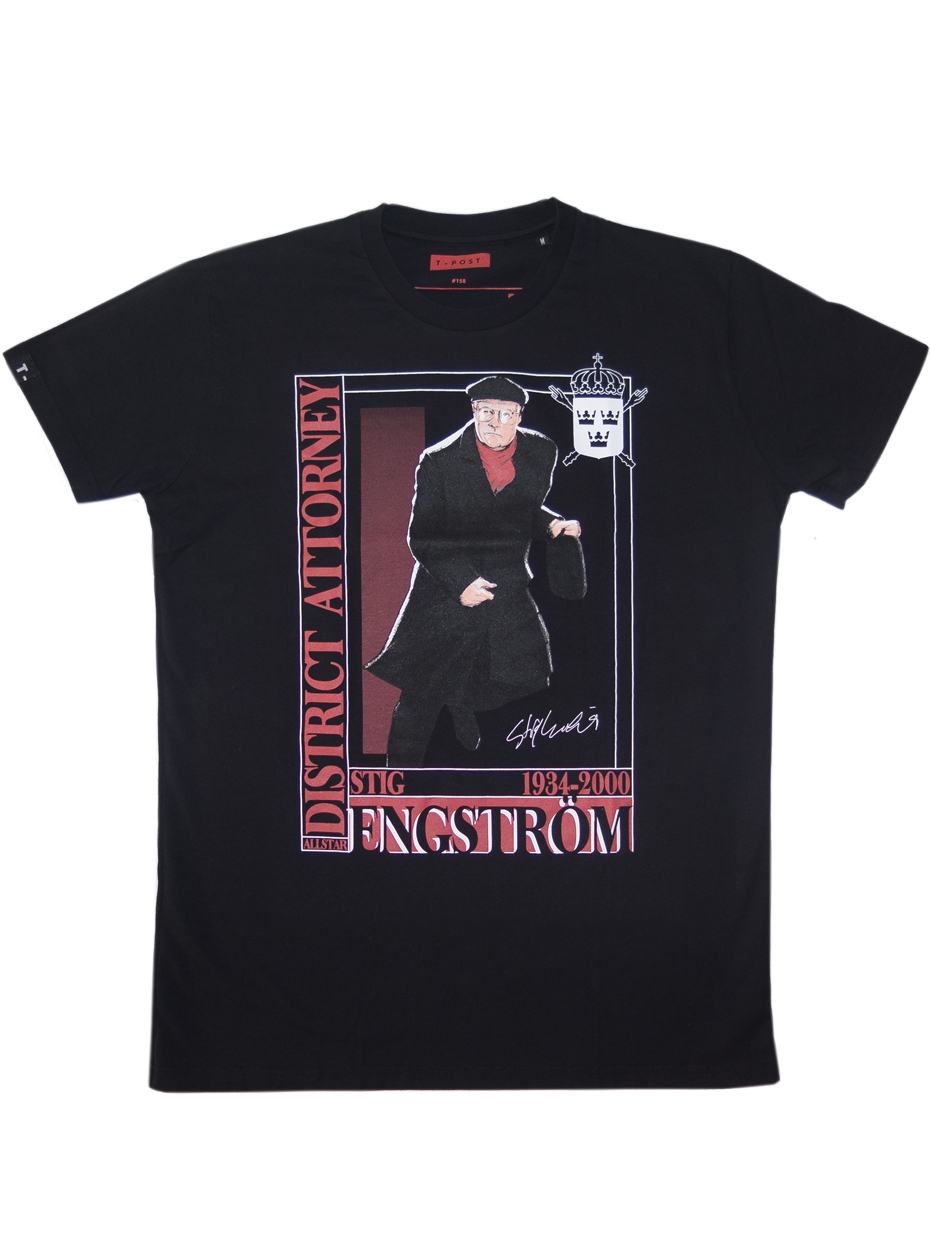 The bullet hits him square between his shoulder blades, his lifeless body instantly plunging onto the cold cement. Another shot echoes, and Lisbeth Palme screams as the bullet graces her back. The killer takes off on foot along Sveavägen, turns into Tunnelgatan and disappears somewhere along David Bagares gata in the center of Stockholm. On the gray pavement, Swedish Prime Minister Olof Palme bleeds out and is later pronounced dead at Sabbatsbergs hospital.

The unsolved murder of Olof Palme has plagued Sweden for more than three decades and has nourished hundreds of conspiracy-theories – some more spectacular than others. Early on in the investigation, police zoomed in on the Kurdish militant and political organization PKK, the theory being the hit was put on the Swedish Prime Minister after declaring PKK a ”terrorist organization”

Was the killer right under their noses this whole time?

following two murders in Sweden. Another, more ”out there”-theory was that Palme faked his own death to cover up him being infected with HIV. According to this theory, Palme fled to France and comfortably lived out his days as a martyr in a castle on the French countryside.

A variety of theories claim Palme was assassinated by foreign power, pointing fingers at everything from South African BOSS to American CIA. Some claim the murder was carried out and covered up by racist Swedish police officers, while self-appointed expert Lars Krantz saw clear evidence the killing was in fact an assisted suicide staged by the acclaimed Russian film director Andrej Tarkovskij. Krantz later revised his theory and claimed Lisbeth Palme actually shot and killed her husband.

At one point even God almighty himself was a suspect, as the religious cult EAEC (European-American Evangelistic Crusade) were known to carry out collective prayer-meetings begging God to bust a cap in Palme’s ass. To be clear: None of these theories ever panned out. The shit-show kept growing, and the investigation is said to be the most extensive of all time, trumping both the Kennedy-assassination and the the Lockerbie-bombing in man-hours and collected files.

In February of 2020, after 34 years of round the clock-investigation, 70 million dollars spent, more than 10 000 interviews performed and 133 people confessing to the crime, Swedish state attorney Krister Peterson made a shocking statement to the press: ”Within five months we will press charges, or close the investigation”. In an interview with Swedish National television Peterson explained: “In my opinion we are close to solving this crime. I’ve been optimistic ever since taking over the investigation in 2017. I’ve put a lot more hours in this than I expected, hard work that I feel will prove successful.”

The suspect: a then 52-year-old graphic designer working at an insurance company. His name: Stig Engström a.k.a “Scandiamannen” (The Scandia Man). Originally questioned by police as a witness, Engström was at the murder scene shortly after the fact. In the following five interviews he repeatedly changed his story, was known for his hatred against the ruling social democrats and had access to a gun similar to the one used in the crime. He was – in other words – at the scene, matched the description of the killer, lied to police and had somewhat of a motive. Police at the time however, dismissed Engström as an unreliable witness, a kook and quite possibly a compulsive liar. He was never a suspect.

Three decades later police now see him as the most likely culprit.

Born in India by Swedish parents, Stig Engström spent his first years in Calcutta in a colonial style upbringing with a nanny, chef and gardener. At the age of twelve, Engström was sent to Sweden to live with relatives for a few years, his parents later joining him in Stockholm. After studying graphic design, Engström worked as an ad-consultant and held a chair on city council for the conservative Moderaterna in his home municipality of Täby. Relatives and friends consider the notion of Engström as the killer as ridiculous. ”It’s out of the question. He wasn’t that guy, I’m telling you. He was way too much of a coward”, as Engström’s ex-wife puts it in an interview with Expressen in 2020.

A 2018 article in the magazine Filter fingered Engström as the culprit, sparking wild debate amongst people deeply engaged in the mystery – two years later the police investigation has arrived at the same conclusion. But as Stig Engström died in 1999, and no conclusive evidence such as murder weapon, eye-witness testimony or forensic evidence is to be found – maybe we’ll never know the truth. “We cannot get around the suspect Scandiamannen”, as tired and defeated state attorney Krister Petersson concluded at a press conference in June of 2020. And although they still can’t prove it – As far as the law is concerned, the case is closed. To many others, the mystery continues.