It used to be we’d use and reuse everything – nothing went to waste. But these days consumption is through the roof, and we can’t seem to stop buying and chucking stuff away. This is anything but sustainable, and at some point (very soon) we’ll need to turn things around. Enter: Upcycling. 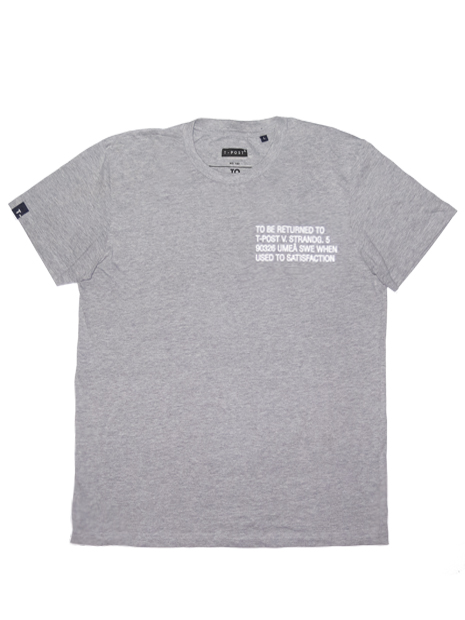 I remember the first time we opened the door, freshly baked owners of a small cabin by the sea. It was the first time I felt like anything resembling a responsible adult. At 30, acting like a grown up probably should’ve been familiar to me, but thus far my lifestyle had pretty much consisted of switching jobs, girlfriends and living-situations at a rate my various therapists usually diagnosed as “serious commitment issues”. Now this was the real deal – I was a homeowner.

Walking through the narrow entrance was like accessing a time-portal, instantly plunging us into the summer of ‘72. We’d bought the place fully furnished, a condition the previous owner had stipulated due to bad health. “I couldn’t possibly go through a move like that, just keep whatever you want and toss the rest of it on the dump”, she said, seemingly indifferent to leaving 40 years of memories behind. She´d built the place with her husband back in

It used to be we’d use and reuse everything – nothing went to waste. But these days consumption is through the roof.

the late 1960’s, and after losing him to illness a few years back she´d spent less and less time at the old summer house, keeping the interiors virtually untouched for decades.

We pictured a real treasure hunt, imagined letting out small yelps of excitement, as more and more designer-classics would unfold, as we’d rummage through the small storage shed and inner rooms of the old house. “Is this a Arne Jacobsen AJ-lamp!?”, “wow, a mint condition Eames chair circa 1962” and “cool, a Philippe Starck juice-press”, we’d exclaim as we

worked our way further into the living area. This did not happen. Literally everything was plastic, even the plentiful flower arrangements and aged TV-sideboard, although a lot of it was covered with some weird kind of wood-patterned plastic laminate. We ended up throwing it all away, making a dozen trips to the dump, and replacing it with what was basically page 120-164 of the IKEA spring catalogue. What a waste. I’d gone though a similar experience clearing out my grandfathers old house a couple of years back, finding all kinds of stuff in old dressers, storage units and attic spaces. Hundreds of old plastic bread bags, used shoelaces, thousands of rubber bands, random bike parts, a broken vinyl player, guitar strings (but no guitar), baking machine (still in box), snow shoes, a broken ski pole, random plates and cutlery and lots and lots of other, apparently useless things

At the time, I just figured he was a hoarder, like there should be some medical term for this behavior. It wasn’t until recently I realized, his generation

simply didn’t throw things away. Growing up dirt poor in the northernmost part of 1920’s Sweden, my granddad simply never had the luxury throwing tings away. If something broke – you fixed it. If you couldn’t fix it – keep it anyway. The philosophy was: “It might come in handy”. There wasn’t really a name for it back then, but there is now: Upcycling.

An old bathtub is turned into a cool couch, used up wine bottles a stylish chandelier, an old piano transformed into an awesome bookshelf – enter the term “upcycle” in your search engine of choice, and a new world will instantly open up. There are thousands upon thousands of inspiring Pinterest-boards, blogs, articles, Instagram-accounts and various web forums displaying a mind-blowing range of imaginative ways to put old items into new use. Upcycling is defined as “the reuse of discarded objects or materials as to create a product of higher quality or value than the original”.

The term upcycle shot into the public eye in 2002, with the success of the book Cradle to Cradle: Remaking the way we make things was released. In a powerful manifesto, chemistry professor Michael Braungart and architect William McDonough calls for a “transformation of human industry through ecologically intelligent design”. Though this may sound a tad bit overly-academic, it’s actually all about creating closed-loop industrial cycles, making sure things can be used and re-used the same way a dead leaf acts as nutrient for a new tree to grow. The authors argue that eco-friendly isn’t enough; it only slows down the process. “We need to redesign the whole system”. Since the release of the book, upcycling has become somewhat of a movement. People all over the world are posting innovative upcycling-ideas, and a growing number of companies are following in their tracks.

T-post wants in, so this is what we ask of you: instead of this t-shirt ending up in the back of your closet, or on a garbage dump somewhere after you’re done with it – send it back to us! We’ll make sure it gets a new stylish life through a local crafts workshop where young creative people will transform your used tee into something else. Sounds cool right?