Respect the craft of the elder

We’re losing our sense of respect for genuine, handmade craft. In an age of online customizing, 3D-printers and web shops, we’ve effectively erased the practical need to be handy. If something breaks down, we’ll just get a new one. Family heirlooms are consigned to the darkest corner of increasingly crowded storage-units, and replaced by the generic stuff this week’s homestyling-bloggers tells us is “it” right now. But in losing the ability and pride in craftsmanship, are we losing a part of ourselves? 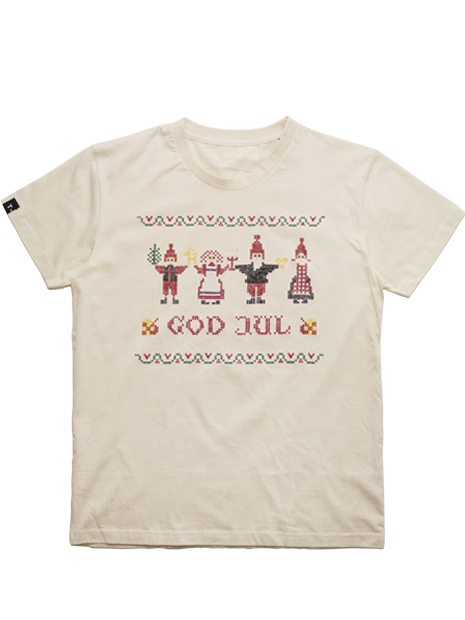 I recently broke up with my girlfriend. Well, to be perfectly honest she broke up with me, but let’s not get snagged on the details. Point is, for the first time in eight years I suddenly find myself having my “own” apartment. So, after the initial obligatory 3-month “lying-curled-up-in-fetal-position-making-guttural-noices-feeding-exclusively-on-things-that-comes-out-of-a-can”-faze, I gradually realize this means that besides going clinically insane, I can also really go crazy homestyling-wise. As anyone who’s ever been in a live-in-relationship will tell you, co-habitation is a state of constant compromise. Music, food, artwork and furniture – it all has to go through a process of discussion, persuasions and veto’s.

In an age of online customizing, 3D-printers and web shops, we’ve effectively erased the practical need to be handy

Let’s say you are very much into Norwegian growl-metal and large taxidermy-mammals, while your partner is more of a Norah Jones and motivational statement-posters kind-of-girl – you’re in for a fight. Having grasped my – if not financial, at least creative – newfound freedom, my first stop was naturally IKEA. Within days the apartment flooded with cardboard boxes, wrinkled manuals and those tiny little Allen-wrenches that comes with each item. It was chaotic, time consuming and… …therapeutic. Not just renewing the look of the place, but the actual process. The assembling, manual labor, working with tools, it all

installs a sense of pride and accomplishment. I know what you’re thinking, “assembling Billy the book-case isn’t exactly hand-crafting a canoe from scratch”, but it’s about as advanced as it gets for me. This got me thinking: If the simple act of assembling a few pieces of prefabricated furniture parts brings me this level of satisfaction, what if I took the time to learn an actual craft? Something to pass on, items my daughter might inherit, made with my own two hands. Then again, is it really about legacy? Maybe it’s about the process, about passing on the trade more than the result?

Jukkasjärvi, a small Swedish village 200 kilometers north of the Arctic Circle with around 600 residents, is home to one of the world’s most spectacular hotels. In fact it is so unique it vanishes every spring, only to reemerge every winter in a completely new form. The Ice Hotel was first built in 1990, and has over the years become one of Northern Europe’s biggest tourist attractions. Built and shaped out of the frozen water of Torne river, the

process starts in March when 4 000 tons of ice is harvested and stored until construction starts as soon as winter arrives. When the first section is opened in December, artists and craftsmen (and women) have transformed the cubic blocks of ice into exquisite shapes and statues. But it is of course a passing form of beauty, as the arrival of spring and warmth inevitably dissolves every inch of the architecture, little by little returning it to the river stream.

“It’s a beautiful thing, watching it melt away and disappear”, says Jens Thoms Ivarsson, creative director and designer of the Jukkasjärvi Ice Hotel from the TEDx-stage, and continues: “This means we get to do it all over again!”. I take a moment to let this sink in. Just think about it: Months of planning, a team of talented people working around the clock, moving thousands of tons of ice and snow, pouring their heart and soul into transforming water into experiences, art and architecture, only to see it melt away within a few months.

So, maybe it doesn’t have to be about leaving a legacy? Perhaps it’s all about the experience, the respect for the craft, creating something just for the sake of growing as a person. I look around the apartment; the empty IKEA-cardboard boxes scattered around the floor and I suddenly remember a scene from the movie Fight Club. Edward Norton is on the toilet, flipping through the latest “Fürni”-catalogue ordering a set of dust ruffles, narrating: “Like so many others I’d become a slave to the IKEA-nesting instinct. If I saw something clever, like a little coffee table in the shape of a yin-yang, I had to have it. I’d flip through catalogues and wonder: what kind of dining set defines me as a person?”

My eyes fix on the newly assembled “Ryggestad” dining table and half way finished “Yngve”-chairs, and suddenly my newfound sense of accomplishment is transformed into self-loathing. In my basement storage unit I keep a huge cupboard. It was brought from the family home in northern Sweden; hand made by my great grandfather and passed on from generation to generation. I recently removed it to make way for the brand new IKEA “Stockholm-sideboard”. I really need to get my shit together.