The American Academy of Pediatrics wants someone to redesign the hot dog. It’s killing more children than any food. By choking. 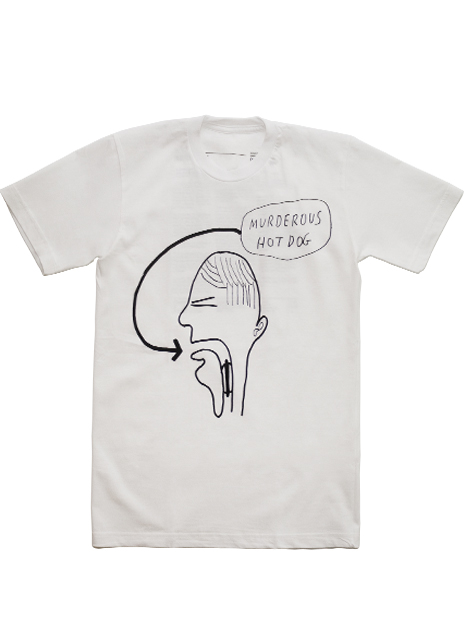 "If you were to find the best engineers in the world and ask them to design the perfect plug for a child's airway, you couldn't do much better than the hot dog." Dr. Gary Smith, lead author of the AAP policy statement, told AOL News. "It is the right shape and the right size to wedge itself in and completely block a child's airway. It's only a matter of minutes before permanent brain damage and death occur."

We can imagine that. But why hot dogs and not carrots or bananas? Surely those can be lethal, too? While the AAP’s Parenting journal lists a number of vegetables and nuts as high-risk foods for kids, hot dogs take the deadly cake, sending roughly 10,000 choking children to the hospital every year.

The AAP believes that redesigning the ballpark frank can prevent all of this.

But isn’t this a bit excessive? Why not just put warning labels on every single thing humans can fit into their mouth? Would that make parents feel safer, or would they simply blacklist nearly every food at the supermarket?

Is this good or bad news for business? For Mother Nature? Is this a golden opportunity for social entrepreneurs to come in and create an entirely new category of “safe” foods? Could we start to see a trend in lawsuits being filled against every farmer and food–related business?

The American Academy of Pediatrics wants someone to redesign the hot dog. It’s killing more children than any food. By choking.

Will the U.S. Department of Agriculture regard any food safe unless someone like Monsanto genetically modifies its shape?

For many people, redesigning the American cultural icon in a bun might not be a big deal. It might even be a ridiculously fun design challenge. For Dr. Gary Smith of the AAP, however, reinventing the hot dog is downright American.

"When I was a kid, I used to walk around with a slide rule," Smith said to AOL, referring to the predecessor to the pocket calculator. "Now we have iPods. People say, 'Oh you can't change the hot dog!' That's nothing in comparison to what we've done in America."

You know what else America has done? The same thing the rest of the world has done since humans first roamed the Earth. They used sharp utensils to cut up food into child-size pieces. And, in case you didn’t already know, the hot dog was redesigned around 1555, nearly 100 years after the Germans invented it. In America, it’s called baloney—which is also the slang term used for “nonsense”. Go figure.

Just a little something to chew on from your friends at T-post.