Proud Since Day One

Manhattan has been called the capital of the world for a long time, but Brooklyn is giving it a run for it’s money. At the moment, Brooklyn can do no wrong. 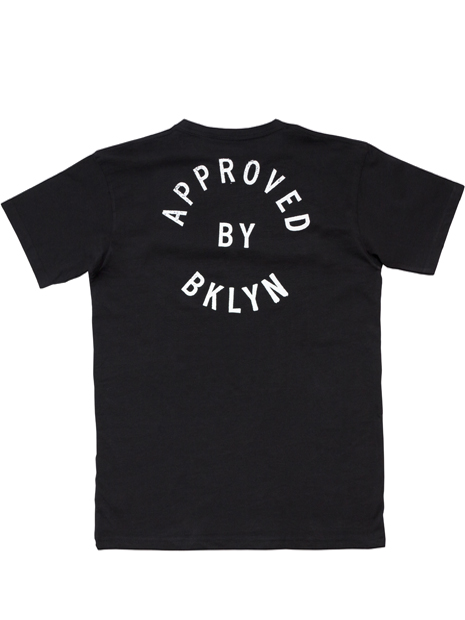 For you that don’t know, Brooklyn is the most populous of New York City’s five boroughs [Manhattan, the Bronx, Queens, Staten Island & Brooklyn]. Its official motto is “Unity Makes Strength”, which makes sense when you talk to any of the Brooklyn born and see the amount of pride that emanates from them. It’s something I never understood, as a Queens born / Long Island raised teen. But as a man I finally feel it. I’ve lived in Brooklyn for the past 15 years, and as the locals do, I rep it hard.

Growing up, I had no reason to visit Brooklyn. All my relatives lived in Queens, and all my friends were in the suburbs of Long Island. I knew no one from that borough. But now, while traveling, when strangers hear my kids’ accents and ask them where they’re from (they’re both born and bred Brooklyn girls), I wait to hear their response. If it’s, “we’re from New York,” I correct them by saying, “they’re Brooklyn girls.” And that goes for me as well. When I’m asked, ‘Brooklyn’ is the first word from my mouth. It just feels right. Tony from fucken Brooklyn.

Nowadays, everyone wants to be associated with or have their name attached to Brooklyn in someway. It’s valuable. New York, in general, has always had that cool factor. But what’s making it’s way around the world now is Brooklyn’s association with high-quality. It’s been host to a huge artisanal movement the past few years due to young entrepreneurs planting there feet here, and a ‘Made in Brooklyn’ label has the same clout that a ‘Made in Italy’ label has had for generations. Whether the stuff being

If you believe in yourself, everyone else will too. They knew that shit since day one.

produced here is up to par with the motherland is another story. But regardless, the strength that association has is undeniable.

The Brooklyn Nets (basketball) are a perfect example of the power in a name. Just 2 years ago, when the Nets were the ‘New Jersey’ Nets, they were one of the worst teams in the league and easy to get a seat for. Now that they are the ‘Brooklyn’ Nets, and play at the

Barclays Center, seats and season ticket packages are sold out, they hold second in their division, and finally have the coach of their choice... All in their first year. That’s not a coincidence. When the Brooklyn name and it’s people are behind you, you feel the support and power that comes with it. It’s a state of mind. It makes a player feel his finest, and a fan feel like part of the team.

And speaking of the new Barclays Center, it only opened it’s doors in Brooklyn about a year ago, and is now the go-to arena for any big performance happening in the US. So much so, that it has taken most of the bigger business away from what was considered the greatest/most famous arena in the world, NYC’s Madison Square Garden. Again, not a coincidence. The name has been used (and abused) for Brooklyn

themed establishments in cities across the world. You may find a ‘Club Brooklyn’ in Asia, or a ‘Brooklyn Cafe’ in Europe. And have you heard about Brooklyn Gum? It originated in Milan (in the mid 50’s) and can only be found in Italy. When the manufacturer was recently asked in an interview about the reasoning behind the Brooklyn branding and it’s target, they answered, “It is a brand targeted to young consumers interpreting youth passions, desires and interests.” I’m not exactly sure what that means, but I think they’re saying that when you’re young, you wish you lived in Brooklyn.

Lately, young people who move to NY don’t have their sights on Manhattan anymore. Even though the cost is comparable, most settle across the river instead. And when visiting in the past, tourists stayed in hotels in the city, and trekked over the bridge to spend a day in Brooklyn. Now, it’s reversed. Because of new, trendy hotels, tourists lay their head in the outer borough, with a day or 2 visit across the bridge to the Manhattan side for sightseeing and souvenirs.

Am I bragging about Brooklyn a bit much? Maybe. I’ve been on the bandwagon for years now. It’s hard not to jump on once you’ve lived here for a bit. For most, all it takes is a days visit and they’re hooked. Whether it’s food, style, sports, the old-school or the new school, Brooklyn is big, bad, and bold. It’s the cool girl/guy you want to date and be seen with on Friday night. But... At the end of the day, since immigrants settled there because of it’s proximity to Manhattan, Brooklynites have always had a sense of pride. It’s the people that make the Brooklyn name what it is today, not what comes out of it. If you believe in yourself, everyone else will too. They knew that shit since day one.