Let’s face it, you’ll never actually be ready to be a parent. If you are waiting for some sign, some grand moment of divine insight to appear – don’t hold your breath. If you feel like an immature and hopeless juvenile at 25, chances are you’ll feel the same at 33. Of course it doesn’t hurt if you’ve got a descent income, an – at least theoretical – knowledge of how to work a cooking-stove, and some sort of basic understanding of what not to feed an infant (jalapenos, pot-brownies, malt liquor etc.). But I’ll bet even TV-host David Letterman felt a sting of panic as reality set in for the first-time father-to-be at the age of 56. 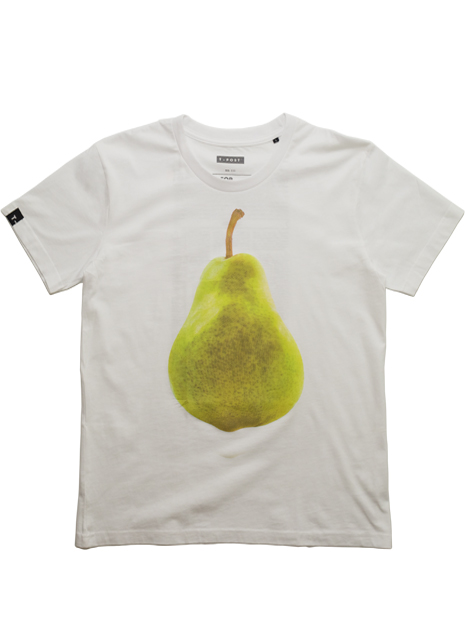 Fact of the matter is, todays career oriented adults are waiting longer and longer to become a parent. In Stockholm, Sweden, the average first-time mother is at an all time high: 32 years old. In England, the figure is nearing 30 and rising – in the case of first-time fathers you can add a few years to that. And it’s in direct correlation with the level of education. The finer the diploma – the older they get. As workplaces are slowly getting more and more gender-balanced, companies like Apple and Facebook are going to great lengths so keep their female staff members in action – without having to give up the choice of having a family. The solution: Freezing eggs. Don’t worry, we’ll get to that.

First of all, you’re probably wondering: “What’s with the pear?”. “Päron” (the Swedish word for pear) is slang for parents, and it is believed to stem from – you probably guessed it – the English word “parents”. The expression

Apple and Facebook are going to great lengths so keep their female staff members in action – without having to give up the choice of having a family. The solution: Freezing eggs.

was popularized in the 1960’s, and is still to this day used (although not as frequently) as an alternative to “parents”. Now, to the egg-freezing thing. Tech-companies Apple and Facebook are now offering female employees cost-free freezing of eggs in an effort to attract more women to the staff. And at around $10 000 a pop, with two rounds of harvesting recommended, there are obvious financial benefits to the would-be-employee. “Apple cares deeply about

our employees and their families, and we are always looking at new ways our health programs can meet their needs,” says the company in an article in British newspaper The Guardian.

Swedish employers feel no need to take it that far, as the country’s parental benefits are some of the most generous in the world. The tax-financed parental leave makes it possible for the mother or father to stay home with the child for up to 390 days with over 80 percent of the wages covered. After that, public childcare is heavily subsidized, and if the kid caches a cold – the state covers your wages for as long as you need to stay home. Yeah, the swedes have got it made. So why are even the spoiled men and women of Sweden waiting so long to have children? Perhaps it’s a question of instinctive self-preservation.

A study by Thomas Perls, director of the New England Centenarian Study, published in the summer of 2014 indicates that women giving birth after the age of 33 actually live longer, a lot longer, than young mothers.

Perls research shows that chances of living to age 95 DOUBLED for women who had their last child after age 33, compared to women having their last child before their 30th birthday. So, did Thomas Perl just find the key to eternal life? Sadly, no. "Of course this does not mean women should wait to have children at older ages in order to improve their own chances of living longer," Perls said in a press release. "The age at last childbirth can be a rate of aging indicator. The natural ability to have a child at an older age likely indicates that a woman’s reproductive system is aging slowly, and therefore so is the rest of her body.”

So is this it, is this how modern companies will compete over staff? With a range of liberal health benefits, a company car, free organic fruit and cost-free conservation of the bodily fluid of your choice? Is 65 the new 30, and will the future career-thirsty professionals of the world hold off having kids well into retirement? It’s a well known fact that both male and female reproductive capacity weakens with age, but studies show that many people don’t realize how hard it might be to get pregnant. A Swedish survey showed that very few knew that a woman’s fertility decreases a bit already at 30, and almost a third of the male participants thought this didn’t occur until women reached 45. This means a lot of people are at risk of missing out on the chance of having kids – just because the waited too long.

With gender-equality in the workplace at a rise, women are getting more opportunities at taking their rightful place alongside men and claiming a stake. About f-ing time, right? This of course means her partner needs to take the correlative responsibility in the home, leveling the playing field for everyone. Maybe at the point were we see more stay-at-home dads, young women wont feel the need to freeze their eggs just to be able to compete on the job-market. Some things never change, and kids will always need positive role models – male AND female. After all: the apple, or in this case the pear, doesn’t fall far from the tree.