We’re living in a time of Killer-Sniper-Robo-Dogs, mutating viruses, natural mega-disasters and celebrity space-vacations. Things are looking grim, but the solution may be right there in front of us. Put your faith in Astro Boy. 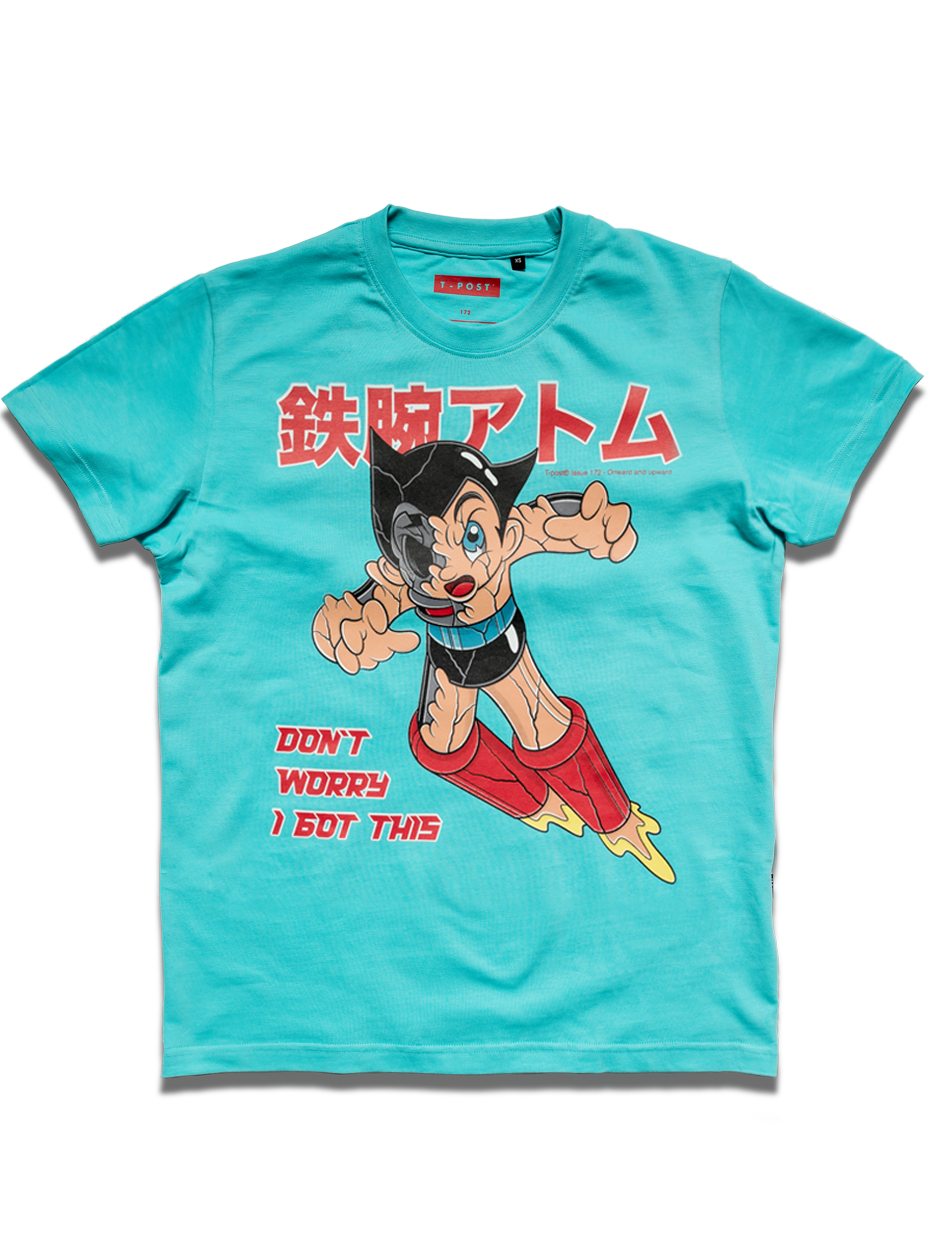 The original Space Race was a classic tale of good vs evil, light vs dark. The Cold War offered an irresistible plot – freedom vs communism, with the brave US battling the mighty Soviet for space-domination. It had everything needed for an exciting script: villains and heroes, life and death, and even a bunch of charming mammals. Between 1947 and 1985, the US and Soviet took turns sending most of the cast of Madagascar 2 into orbit, including (but not limited to) monkeys, dogs, turtles, frogs, rats, rabbits, birds, frogs, and insects.

The modern day Space Race however, stands between Times Magazine’s “Man of the Year” (and unofficial world record-holder of  “Worst Haircut of the Century”) Elon Musk, and the richest man alive – Amazon-founder Jeff Bezos. But instead of the spaceship crew consisting of a variety of farm animals and amphibians, they’re bringing celebrities. Star Trek-legend William Shatner, 90, recently became the oldest man to leave the planet after accompanying Bezos and an assortment of tech-entrepreneurs into space.

Between 1947 and 1985, the US and Soviet took turns sending most of the cast of Madagascar 2 into orbit

To Musk and Bezos, taking a quick weekend-trip to the moon shouldn’t be more of a stretch than booking an all-inclusive at the Hurawalhi Island Resort in the Maldives.

Now, with vicious viruses ravaging earth, global warming creating devastating floods and roaring bushfires engulfing whole continents, leaving earth appears as an increasingly appealing option. Sure, one could argue sinking billions and billions of dollars into package-deal space-safaris while the earth is slowly turning into

burning bag of dog-shit about to be stomped out is a questionable choice, but this sort of discussion usually ends with someone a lot smarter than me aggressively explaining why “we’ll soon need to move to Mars anyway”, so let’s just skip that part and focus on something else.

Killer-robot-sniper-dogs, for instance. In October of 2021, a video from the American army went viral, showing an ominous-looking metal-creature lovingly called “The Warfighters Best Friend”, or “Vision 60” armed with a “SWORD” – a high caliber long range sniper rifle. This absolutely horrifying creature was created by Ghost Robotics (supervillain, anyone?) and is a four-legged dog-robot capable of sprinting 10 kilometers per hour. Now, I know what you’re thinking: “Ok, I’m in decent shape – I’ll just outrun the little fucker.” Yeah, just try. The SPUR sniper rifle apparently delivers precision fire accurately hitting targets at a distance of more than 1 kilometer.

So with artificial intelligence developing exponentially, killer-robo-sniper-dogs soon patrolling the streets, a virus that just won’t stop mutating and a South African billionaire with bad hair-plugs potentially holding your only ticket out of here – what do you do? Well, maybe the solution can be found in the very problem.

Astro Boy was created in 1952 by the Japanese artist and cartoonist Osamu Tezuka. The series is set in a futuristic world where robots coexist with humans. The original story is, the head of the Ministry of Science, Doctor Tenma, creates Astro Boy to replace his son Tobio, who lost his life in a horrible car accident. But Astro Boy does not fill the void, and after being cruelly rejected by his creator and adoptive father (wow, what an absolute dick-move) and sold to a travelling circus (dude!?), Astro Boy is readopted by the new head of  the Ministry of Science, Professor Ochanomizu, and finds a new loving home. The professor soon realizes Astro Boy has superior power and skills, as well as the ability to experience human emotions, making him the perfect defender of the human race. Astro Boy – not one to hold a grudge – proceeds to save the world against crime, evil and injustice, using his seven powers: 100K horsepower strength, jet flight, high intensity lights in his eyes, adjustable hearing, instant language translation, a retractable machine gun in his hips, and a high IQ capable of determining if a person is good or evil. In the years since his birth in 1952, Astro Boy has saved the world from everything from alien invaders and evil robots to robot-hating humans and assholes in general.

This sounds perfect for us! And from what I can tell, we have the technology by now. Realistically speaking, if Bezos and Musk could just put their celebrity space-trips on hold for a couple of years and put those big brains to work we’d have our very own Astro Boy in place within 18-24 months or so. Because it’s becoming very clear: as long as someone can create a real life Astro Boy, we’ll be okay. Or as space traveler William Shatner would put it, we’ll “live long and prosper.”