As fans or TV-watchers, we of course want to believe Tyson when he now, from a deserted shopping mall parking lot somewhere in the more run-down parts of New Jersey, timidly talks about the bright new future that can actually be his. “I want to do what’s right. That’s what I wanna do. The right thing.” 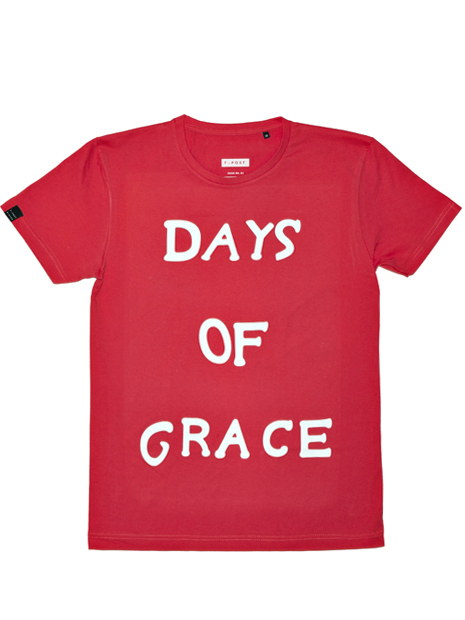 A whole lot of water has passed under the proverbial bridge since the hungry, 21-year-old Mike Tyson conquered the world. Since the days when he, in the aftermath of his success in the ring, left a trail of chaos wherever he turned up. Bit his opponent’s ear, went to jail for rape, declared bankruptcy and, on top of it all, transformed his own life into a reality show—long before anyone was talking about reality shows. But that was Mike Tyson then. The late 80’s. The 90’s. The early 2000’s. Today, he has, according to affidavit, left all the alcohol, drugs and trouble behind him, made it to the age of 46, improved himself with religion and therapy, and taken up a growing hobby worth its own reality show on the old cable channel Animal Planet. “The first thing I ever loved in life was a pigeon. I don’t know how it got that way and it feels silly sitting here trying to explain it, but that’s how it was.” These are Tyson’s opening words on the program Taking on Tyson, on the surface a pretty mundane, run-of-the-mill reality show where the former boxing superstar—thought to have the hardest punch of all time—shows off his rediscovered passion for flying racing pigeons. Together with a core group of reliable friends from his earlier years, he’s going to go up against even more grizzly pigeon racers. The rules are simple: the fastest pigeon back wins.

Life after his boxing career ended has gone both up and down for Mike. Mostly down.

“One option was to go out and kill some people, the other was to start a new life"

After he lost his daughter Exodus in 2009 in a tragic accident involving a treadmill, an embittered Tyson was faced with an important fork in the road. The high or the low road. Follow the path of mentor and tennis player Arthur Ashe, laid out in his bicep tattoo, ‘Days of Grace.’ Or, in the main character’s own words: “One option was to go out and kill some people, the other was to start a new life". In Taking on Tyson, it’s a remarkably soft and sensitive Tyson that appears. He had an

introverted childhood in a bleak, non-gentrified neighborhood in Brooklyn, plagued by bullying and a lack of love.

The pigeons served as substitutes and became a source of warmth and closeness. So what is it that we’re wrestling with here? One more in a line of Tysonesque escapes from reality, away from everyday responsibilities and demands, this time up on a deserted, isolated rooftop in his home territory of New York, undisguised as a last, valiant effort to rehabilitate the boxing master’s tarnished public persona? No. Or maybe. In which case it probably is so. Because the Mike Tyson that comes across here is completely sincere about his passion. There are no high standards left to meet—no credibility to lose.

He calls the pigeons his babies and demonstrates an unexpectedly deep knowledge of their anatomy and behavioral patterns. But the most remarkable thing? The most important thing of all? That Tyson, when surrounded by his pigeons, exhibits the kind of true peace of mind that we doubted could exist in this, so many times, destructive and misunderstood man. And, as an audience, we’re happy to see Tyson happy. “Happiness is screaming children running through the house. Or being with my pigeons.”

Maybe Tyson even has his pigeons to thank for his boxing career. On the way home one late night together with the birds, he was stopped by the neighborhood’s local bully. After the bully forcibly took one of the pigeons and then coldly broke its neck, young Tyson threw his very first punch. The unpleasant incident is discussed in a landmark interview by and with streetwear pioneer jeffstaple. As a counterbalance to the tear-jerking renaissance theory above, the following should be added for the sake of balance: There is probably nothing more forgivable than a physically impressive man that uses his deadly boxing weapons to scratch pigeons behind the ears. And the pigeon racing season is long, more than six months, say those on the inside. The producers behind Taking on Tyson are no less dramaturgically versed, as they, of course, play up the flipside and that anything-can-happen feeling. But as a fan or viewer, we naturally want to believe Tyson when he now, from a deserted shopping mall parking lot somewhere in the more run-down parts of New Jersey, talks in a low-key voice about the bright future than can be his. “I want to do what’s right. That’s what I wanna do. The right thing.” The pigeons have been tossed. The boxing gloves as well, for that matter. It feels like a long time ago now.