Life In The Fast Food Lane

Fast food is here to stay – and we can’t seem to get enough of it. It all started with fast food simply being ”junk food”, with one soul purpose of being simple and fast to produce. But something is going on, and the tables are beginning to turn. Will traditional junk food have to make way for a new breed of ”healthy fast casual”? 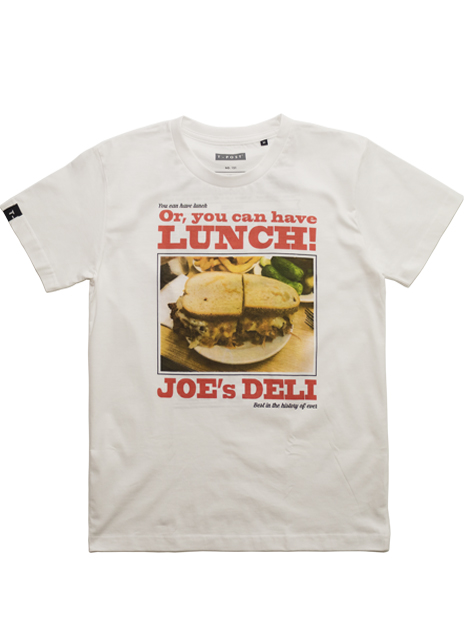 ”I woke up alone in bed, still dressed, sweaty and confused. It looked like a crime scene. French fries all over the bed, the remnants of a half-eaten burger squeezed between my chin and the grease-soaked pillowcase. It was like some sort of freak fast-food-tornado had hit my bedroom, with torn up paper bags littering the floor, the air heavy with salt and grease. Not my proudest moment.” My friend shudders at the memory, shakes his head in shame and seems genuinely shook up by the event, even though years has passed. ”I mean, it was insane”, he continues, ”I must have bought enough burgers to feed a fucking football team. I guess my body just shut down – I simply passed out in the middle of the act from sheer grease overdose.” My remorseful friend is not alone in this. Regularly waking up from a fast-food-and-alcohol-induced coma is a natural part of any healthy young adults life, it´s a faze most of us go through in that weird time and space called the early 20’s. I know I did.

Will traditional junk food have to make way for a new breed of ”healthy fast casual”?

Being from a small town in northern Sweden – according to legend the only place in the western world where McDonalds had to close up shop due to lack of business, back in the 80’s – my early childhood was one seldom blessed by the luxury of classic american fast food. A cheeseburger was something truly exotic, a rare treat reserved for special occasions like birthdays, travels and/or bribing when my parents, at the time overworked and struggling college-students, for whatever reason needed to get me extra compliant. This changed in the 90’s, as more and more american exports made it´s way into Swedish shopping malls and road side diners. The Swedes love for fast food

kept growing, and still is to this day.

But fast food’s got a bad rep.With child obesity in America more than doubling over the past 30 years, and obesity among adolescents quadrupling in the same time, it’s no wonder alarm bells are going off. By God – it’s a whole nation of tick’n little diabetes-time-bombs. We are, quite literally, eating ourselves to death.

In the early 1950’s, brothers Richard and Maurice McDonald decided to improve their successful drive-in restaurant in California. By modeling the kitchen and food preparations efter an automobile assembly line, the brothers made their business model a lot more effective. The system, called Speedee, was quickly copied by hundreds of restaurants all over America, and the modern fast food-restaurant was born. By 1968, McDonalds had opened their 1,000th restaurant, and by the end of 1997, the total was a mind-blowing 23, 000. At

this point, the restaurant chain was opening up about 2,000 new restaurants a year – an average of one every five days. McDonalds basically had 50 years of unrestrained growth and world domination. 2014, however, was a very, very bad year for the giants of the junk food-industry. McDonalds overall profits dropped 30 percent, and in 2015, the decline of McDonalds sales continued. But the problems started long before this.

In an attempt to improve the quality of the food, McDonalds had put a lot of time and resources during the late 1990’s into developing a new just-in-time system, dubbed ”Made for You”. Resulting in ”fresher, hotter food”, the system also resulted in higher costs, expensive overhauls and a considerably longer serving time. The system backfired, and for the first time since 1965, profits were dropping.

Now, the demand for fast food is by no means diminishing, but consumers tastes and demands are beginning to change. A trend quickly gaining momentum is ”healthy fast casual”. While these chains still only makes up a tiny fraction of the American $200-billion fast food industry, analysts are predicting this sector to boom over the coming years. One successful example is Santa Monica-based Veggie Grill, with it´s 28 restaurants along the American West Coast. CEO Greg explained the typical consumer expectations in a 2015 news.com-interview. “Make it better for me, but I don’t want to give anything up. I want less salt, no antibiotics, no trans-fats, more fruits, more veggies. I don’t go out to restaurants to give stuff up; I go to restaurants to be tantalized”.

So, will the new fast food be able to live up to its expectations? Will ”healthy fast casual” eat its way into traditional fast food-chain territory outside of health-obsessed California? Can the junk-food giants handle the change of demands, and are we really ready to give up our beloved greasy burgers for low carb-fish tacos, soy-based shakes and fresh salads? Well, time will tell. But lets just say I won´t be waking up in a drunken haze with a fresh leaf of organic cale stuck to my chin any time soon.