In a polarized world ravaged by conflict and mysterious virus outbreaks, one thing always stays the same. They keep us fed, and installs a much needed feeling of safety and home. This is a tribute to your friendly neighborhood pizza-place. 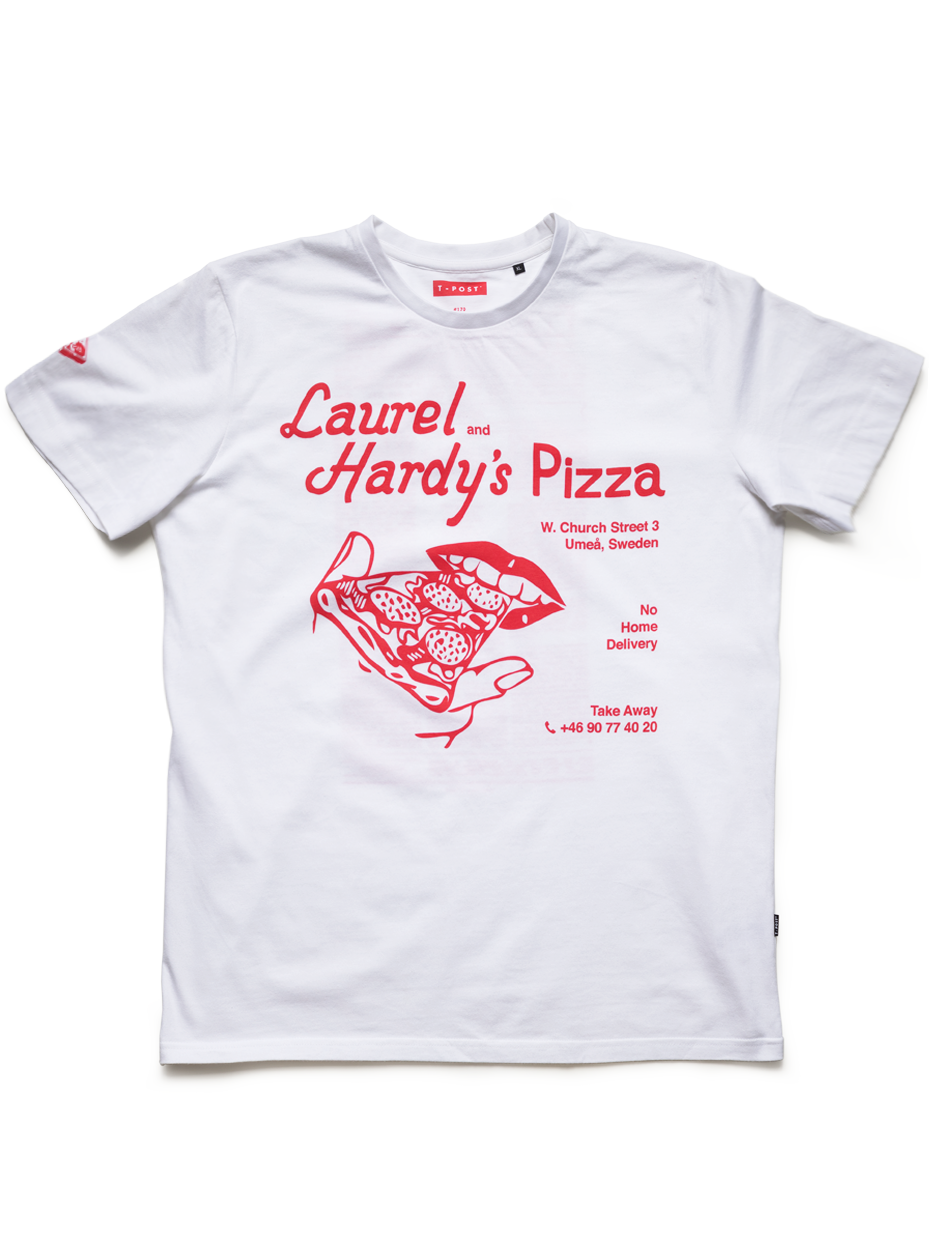 Getting my very first own place would be pure freedom, and I couldn’t wait. This was to be my Kingdom, 270 generous ft² barely fitting a couch, a single mattress (no frame, just straight on the floor), a 14” tv and a bathroom small enough to let you take a shower while simultaneously sitting down to do number two. Oh, and a tiny kitchen-corner with a hob. Not that I had any use of a real kitchen – to label my cooking skills at the age of eighteen as “limited” would be far too flattering. My signature dish was “croque monsieur” consisting of two pieces of incredibly dry white bread and one slab of processed ham trapped between two slices of cheese.

It had zero nourishment and very little taste. At times I’d go days without a real meal, and had it not been for my friendly neighborhood pizza-place, those pathetic grilled sandwiches would have been all I ate for the first two years of my “adult” life. 23 years later, pizza is still a staple food in my

They keep us fed, and installs a much needed feeling of safety and home.

house. Although my repertoire has somewhat expanded (pasta Bolognese, oven grilled salmon, moose stew) I rarely go a week without takeout pizza. It’s comfort food, best enjoyed on the couch in the calming company of a bad comedy flick and a cool coke.

“I was barely twenty years old when I moved to Paris to study for a year”, a friend of mine reminisces and continues. “It was a new town, a new country and I didn’t speak the language. For the first months I just went to class, and back to my depressing little apartment, not interacting with a single

soul. On the street level of my apartment building there was this small pizza/kebab shop, and the family running it was Moroccan – at least I think they were, we were never able to talk to each other because of language barriers – and I guess they figured out I was really lonely so they’d invite me back to dine in the back room where we’d watch soccer games with the family. I'd just sit there for a couple of hours, kids running around my feet, and I felt a little less lonely. I’ve always felt bad for not saying goodbye when I moved out, they really made me feel at home.”

These places exist everywhere. The Helan & Halvan’s Grill lies on a quiet back alley in the center of Umeå, just as it has for the past 41 years. The name – Helan & Halvan – is the Swedish version of legendary slapstick comedy duo Laurel and Hardy, but the logic behind naming a small kebab/burger/pizza-shop

in northern Sweden after an American 1920´s comedy act is still cloaked in mystery. “I really don’t know, I guess they were just showing on tv at the time”, says Bijan Niksirat, owner of Helan & Halvan Grill since 2005.

Along with his wife Maliheh Biraghi, Bijan keeps his regulars fed six days a week, and still manages to find the time to drive a city bus every morning. “I enjoy the contrast of it, and after nearly 30 years in the restaurant industry it’s good to do something else a few hours every week”, says Bijan.

“Halen & Halvan is my go-to-place, it has been for years. But you can’t always get pizza, it depends on if Bijan is working at the time. Luckily, their kebab is on-point as well”, says Peter Lundgren, founder and editor in chief at T-post Magazine. He particularly recalls one Friday afternoon when he came in to Helan & Halvan Grill to order pizza for the whole family. “Bijan was on a driving-break, sitting by the counter in his blue bus driver-uniform. I figured this meant I was in for a kebab-day, but as soon as he saw me he ran out shouting: ‘Just a second, I’ve gotta deal with a parking situation’. Two minutes later a huge city bus double-parked outside the shop and Bijan climbed out and hooked me up with five pizzas. He’s a multi-talent and a gentleman”, says Peter and laughs.

In a business where trends come and go, hip restaurants blossom and fade within a couple of years and staff change with the season, your friendly neighborhood pizzeria is something to hold on to. The menu never changes, the regulars are faithful, the decor seemingly immune to anxious trends. “I have guests who eat here four-five times a week, always the same order. They sort of become more than just guests, they’re part of the restaurant”, says Bijan. When you think about it, maybe the name Helan & Halvan (Laurel and Hardy) is pretty on point. The comedic duo offered the same kind of easy going, homey and uncomplicated vibe that your friendly neighborhood pizza place does. And nothing goes down as well with pizza as some good old slapstick and a coke.