The traditional barbershop has made a glorious comeback. It is a place for grooming, style and socializing – but perhaps there is even more to it? Because let’s be honest: looks matter. How you present yourself will influence your career, social life and love life. Not to alarm you, but your barber can be your most important allied or your worst enemy, so choose wisely. 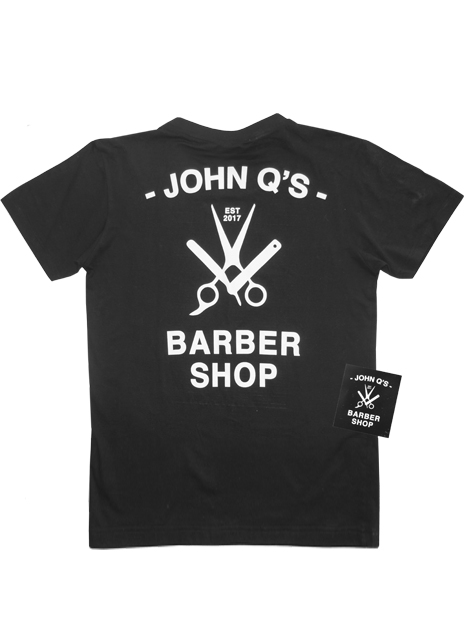 Suddenly, they where everywhere. Short, long, wild or neat. Fiery red, chocolate brown, black as a moonless night and Viking blond. Sparse, voluptuous, groomed or out of control – within a couple of years, every male specimen north of puberty had succumbed to the most powerful statement of masculinity known to mankind – the beard.

Future anthropologists will debate wildly on the exact birthdate and place of this modern day Beardaggedon, but one thing is certain: no one was left unmoved by the hairy trend spreading like a roaring wildfire, devouring every futile attempt at a clean-shaven chin in its path. Some claim it was a backlash to the preppy metro-sexual fab of the early new millennium – others that it is merely nature having its course, millions of years of evolution taking

Your barber can be your most important allied or your worst enemy, so choose wisely

back what once was stolen. And in its wake, a forgotten trade started to flourish: the traditional barber.

From being a dying breed, destined to wither away in the depressing outskirts of strip-malls and the entrance floor of horribly situated low-rent apartment buildings, the barbershop has begun to claim new territory. After decades of being subjected to either 80$ hair cuts at glossy women’s salons or cheap massacres by old guys named Ron, men can now enjoy the glory of the modern day barber, giving your hair and beard the love and respect it truly deserves at a reasonable price. The bearded revolution changes everything. But let’s get this clear, there is much more to it

than simply answering the age old question: “To beard or not to beard”. It would be easy to simply conclude that women like beards – hence men grow beards, but it is a lot more complicated than that. In 2016 researchers at the University of Queensland in Australia set out to scientifically prove, once and for all, the actual impact of beards when determining the level of sexual attraction in a male. In an ambitious study the team gathered data from 8,520 women who were divided in three groups. Rating a series of manipulated photos of the same men varying from clean-shaven, to light stubble, on to heavy stubble and finally full beard, each group of women were asked to mull over different question about the man’s sex appeal.

Who is your pick for the Volvo, dog, 2,3 kids and white picket fence-scenario? The readers of the Journal of Evolutionary Biology were to find out that the sexiest man was the one with light stubble, the lowest on the sexiness-scale being clean-shaven or fully bearded. Think Ryan Gosling in Crazy Stupid Love, rather than the Ryan Gosling of The Journal or Half Nelson.

The same went for choosing a short-term fling or a one-night stand – the scruffy-looking guys with light stubble or heavy stubble came out victorious, obviously appealing to women looking for a good time rather than ones searching commitment.

This brings us to the third and last group, tasked with choosing a long-term partner. The man with whom to build a life, bare children, buy overpriced property and host countless dinner parties with Jed and Karen from next door talking about overpriced property and children. Here, the bearded (along with the heavy stubble) man is king. The authors of the study theorize that for women looking for a long-term mate, beardedness “indicates a male’s ability to compete for resource´s”.

The death of the beard trend has been declared by virtually every fashion magazine in the western world, making headlines in periodicals such as The Wall Street Journal, Independent UK, GQ Magazine and VICE, bold headlines trumpeting: “Beard’s Aren’t Cool Anymore”, “2017 – the end of the beard” and “Face it – beard trend is finally over”, but the people’s verdict is in and it’s synonymous: Beards are here to stay – you can’t fight biology.

So what does this tell us? Well: with great power comes great responsibility. Your barber is so much more than a superficial style-guide, but holds in his hand the means to make or break your hope of a fulfilling life, be it as a careless bachelor or devoted family man. With the careful cut of a razor or the caring application of beard-oil, his touch will set events in motion beyond your control. You owe it to yourself to get to know this man, be honest, to reveal your true self. Your future may depend on it.