It’s The End Of The World

Theories about the impending end of the world keep popping up in the media, making worldwide headlines. The question is, who provides us with this information and why are we so eager to believe in it? 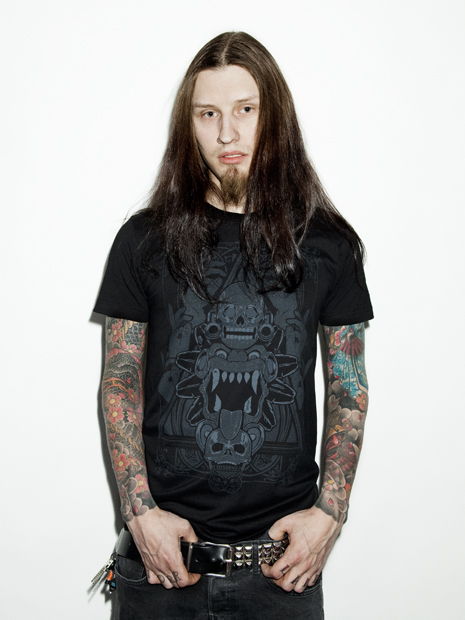 And it seems like the more frightening the news story gets, the more we people believe the information. Here we are in 2012, and once again it’s on the agenda that the world is coming to an end. With disregard to previous failed presumptions, this one is apparently it. This year's source is the end-date of a 5,125-year-long cycle in the Maya calendar. The date is set to the 21st of December 2012, which suggest it’s the end date of the world, or a similar catastrophe.

Looking back through the centuries, we have had at least ten failed world ending predictions. During the beginning of the 19th century the angst started when a hen began laying eggs on which the phrase "Christ is coming" was written. As news of this miracle spread, people became convinced that doomsday was at hand. How they put these facts together making it a doomsday prediction may seem like a long shot, which it in retrospect was. Then we had a farmer named William Miller, who after several years of careful studies of the Bible, concluded that God's chosen time to destroy the world would be around April 1843. William got so many to believe in his prediction that they sold their possessions, assuming they wouldn't need them anymore. And then we have the Mormon Armageddon, where Joseph Smith in 1835 claimed he had spoken to God. The big man upstairs had apparently told him he would finish us off in around 50 years. Well, well..

One of the most frequent believers of the end of the world is 90 year old Christian Radio Broadcaster Harold Camping.

With disregard to previous failed presumptions, this one is apparently it. This year's source is the end-date of a 5,125-year-long cycle in the Maya calendar.

He got worldwide attention when he predicted that the Rapture would take place on May 21, 2011, and that the end of the world would subsequently take place five months later on October 21, 2011.

On May 22nd, Camping was quoted saying he was "flabbergasted" the Rapture did not occur, and appeared in front of the media two days later with a revised prophecy, stating that the Rapture would occur on October 21, 2011, simultaneously with the destruction of the world. On October 21, Time magazine's website listed Camping's end times prediction as one of Time's "Top 10 Failed Predictions".

The list goes on with the threat of Haley's Comet, Pat Robertson's predictions, the Hale-Bopp comet, the 16th Century writings of Nostradamus and the Y2K hysteria.

Each of these failed predictions still seemed to get enough attention that it came to most people's knowledge,

and in our day of age still gets a fair sense of media exposure as well. In fact, these predictions seem as such a fascinating topic that we adapt the proclaimed doomsday to screen, re-enacting the end of world by making movies like 2012, Deep Impact and Armageddon.

So why are we so eager to set a date for when our time is up? It seems as we are insanely searching for an expiration date, branding it by the help of media to our brains just like a milk carton and then the time-setter is on.

So here we are again, and now we have about 11 months of joyful living until the Maya calendar is ending, hence our time on earth. The critics however have a different view on this event, because even though there is a strong tradition of "world ages" in Mayan literature, some say that the record has been distorted.

According to the Popol Vuh, also known as ”the book of counsel” which originates from Guatemala's western highlands, describes how the Gods first created three failed worlds, followed by a successful fourth world in which humanity was placed. So the long counts "zero date" was more set at a point in the past which marked the end of the third world and the beginning of the current one. Which means that the end of the Maya calendar could in fact leave us with several possibilities open for interpretation, right?

However, since these alternatives are not the stories that are published and spread worldwide, I guess we will just have to hold our breathe, count down the days and hope that we will still be here by the 22nd of December.

Whatever the case will be, be prepared that the term ”party like there's no tomorrow” will be an insanely popular quote during Christmas parties around the world this year.