It Ain’t Worth Shit, If You Open It

That’s what my brother always told me.... ‘Keep the box’, or ‘Don’t unwrap it, it’s worth more if you don’t.’ So I went through life not opening shit, not using things, and keeping my stuff as nice as I could, just so one day it would be worth something. Now what... 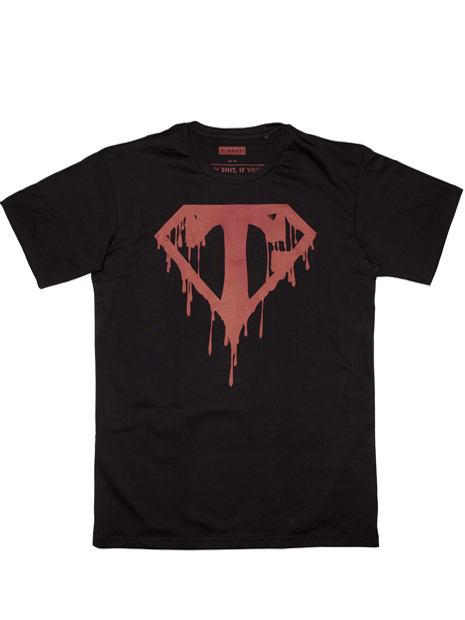 Baseball cards, comic books, toys, even the surprise gifts from cereal boxes still in their unopened packets (remember when cereal brands did that shit?)... I have all this stuff stored away neatly in boxes. Not sure why or who I’m saving it for, but I know a lot of it has to be worth something, right?

My earliest drawings, all my sports uniforms throughout my youth, most of my school notebooks (and some text books), my first homemade markers and early graff supplies, my daily planners from the last 15 years... I have all this stuff in my possession as well. This is my history, and I understand that, but do I need it all still? Do other people save all this stuff?

Most people can break down the stuff they collect or ‘archive’ into 2 categories (as I’ve done above). It’s either shit you seek out because you love it and you think it’s going to be worth a lot more in the future. Or it’s the stuff you love from your past that may be worth something (never know if you’ll be famous one day), but for the most part, you save it for the memory or to pass on to your kids or something like that. Both great reasons in my eyes.

I didn’t think about all the stuff I’d accumulated over the years when it was all stored nicely in multiple places for free (in my parents basements and at my studio), but once my parents sold one of their houses and I had to clear it out, I got everything and put it into a storage facility that I pay for monthly. Now that it’s costing me for it all to be in my life, I think about it often. Do I need it all? Should I sell some? I

Went through life not opening shit, not using things, and keeping my stuff as nice as I could, just so one day it would be worth something. Now what...

figured, since it’s finally all in one place, I can better assess what I really have and what I can part with more easily. But that hasn’t been the case. What I didn’t realize is that the selfcontrol I had as that child to not open a surprise toy out of a cereal box and play with it, is the same discipline that keeps me from selling it, or worse, discarding it, today. As for my

‘memory’ items (of personal worth), all that runs through my head is, ‘I kept it this long, how can I just throw it away now? If something were to happen, my kids can have this to cherish and remember me by.’ So I don’t see any of that going anywhere anytime soon. I actually get a kick out of looking at it all myself, every 10 years or so, and I’ll probably pay to have that stuff in storage till I die. But with the items I’ve amassed because of some value it might obtain in the future, I figured it could be time to test that theory out and unload some of it. Why not start with some of my sneakers since they take up the most room?

For people who don’t know me, I was in the sneaker game for a bit. I was fortunate to have been gifted a lot of great pairs of kicks (amongst other stuff) for over a decade, but selling any of them was never an option.

It felt wrong to sell something that was given to me. Hence, hundreds of pairs I was paying to store. This past summer, being out of the mainstream sneaker game for a decent amount of time, I decided I would purge most of them. I had to keep all the pairs signed to me, and some of the collabos I worked on, but the rest went to my girl in chunks to put on eBay. Honestly, except for a couple of pairs (I got 2000$ for one pair, minus 500$ because I didn’t have the toy that it came packaged with) I got shit for the rest. 20$ here, 30$ there... Some even 10$, just to get rid of them. The amount they cost me to store these past years was way more than what I made back. And it’s fucken work to sell things off. Dealing with eBay is a full time job and a pain in the ass if you’re selling shit in numbers.

So why do we do it? As I’ve now learned, sometimes it’s definitely not worth holding onto things. But being the visual dude that I am, I collect, archive, and surround myself with stuff I like. It could be as simple as really digging the packaging of an item that may inspire me to hold onto something. Or maybe it’s the first or last of its kind to be made. To this day, I still wish I had gotten my hands on the Superman #75 comic when he dies, that came packaged in a sealed, black plastic sleeve. I’m sure I would have never opened it, and probably not known who/what killed him back then, but I’m strong like that.

With the internet and these hoarding reality TV shows, I can see that my problem with not being able to let go, is not really a problem at all. There are fuckers out there that have real issues. As much as I’d like to purge myself of a lot of it,I want all my stuff. I could have worn a different pair of sneakers everyday for the next year instead of selling most of them for peanuts. But I guess I can’t complain since I got what I sold for free. I just need to find somewhere to store my stuff for free, like I had. I feel prepared when I have all my ‘shit’. How do I know when I’ll need those purple snakeskin high tops I just got rid of...