I was recently forced to join the social networking world by a client. Actual more like bamboozled. I asked them why I had to find out about an event that was happening in my city, by some stranger [and not them, my client], and I was given the answer, “If you were on Facebook you would have known.” 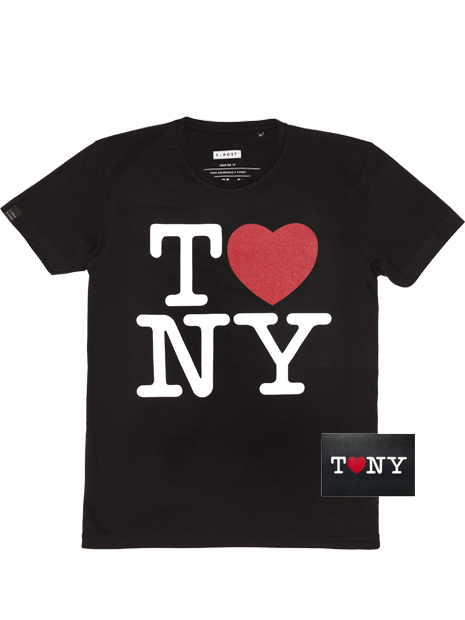 I never did the Friendster or Myspace thing. I’ve never even logged on them once. Same goes for all this new shit out there now. I sometimes feel like some old, grouchy man trying to fight technology, but then I go to a work dinner with 12 people and look up from my meal to find all fucken 12 of them on their phones, sitting in silence, posting at the same time, and I realize I’m not wrong for feeling the way I do.

I’m obviously not the only guy saying this. This has been commented on and written about numerous times already. And if you have issues with being online all the time, I’m sure you’ve heard it before and not looking for another lecture (especially on a T-shirt your supposed to wear), but I’m a big believer that everyone just needs to step back a second and absorb their surroundings [without taking a photo of it and posting it].

Look at what went down with the Facebook IPO. Somewhere in my heart I feel like God is punishing people by starting the downfall of this all consuming thing. He’s probably jealous more people are interested in hearing what James Franco or Lady Gaga has to say every other minute, than what He has to say once a fucken week in church.

But then I see how much enjoyment my wife gets out of socializing online.

Reach out and touch someone. Just not 5,000 followers each time you take a shit.

She’s a stay home mom of 2, and anyone who has that same gig knows it’s almost impossible to keep in touch and hang with your old clique. So online posting is what she loves to do most on her down time. She gets to share stuff with her family and friends who have just as equally busy lives. Even though they don’t get to see each other, she knows who attended the 1st birthday party of her best friend’s kid

that moved to South Carolina years ago.

I also have a best friend who socializes online continuously. He’s an old-school photographer regaining some of his old fan base, as well as recruiting a new fan base in parts of the world he didn’t even know existed. Facebook is like a drug for him. I’ve never seen him take to anything and commit so much of his time to something like this before, in the 25 years I’ve known him.

Obviously everything has it’s good points and it’s bad points. I just know the whole social networking thing, at this point in my life, is not for me. Nothing is sacred or precious anymore. There are no surprises or mystery. Everything is laid out for all to see, verbally and visually, constantly.

Like I said above, I see it’s value both for family and work, and how beneficial it is to have contact with someone when there is substantial distance between both parties… I just like personal interaction better is all. I like having something to talk about with someone after not seeing them for a while, rather than already knowing what they ate a half hour before we met [via a post of a picture I was alerted of a few minutes prior]. Is that so wrong [or ancient] of me? To be the guy who still likes receiving letters and thank you notes in the mail? Or the guy that looks forward to that beer and a talk with an old friend about how we’re going to take over the world?

Honestly, at the end of the day, I think my issue with social networking goes deeper than it may for most. Inside, I feel I’ll never be that manly man that my dad or grandfather were, who busted their asses laying bricks, and built things with their hands all day. The older I get, the more I just sit behind a computer designing things with a mouse, trying to make shit look pretty so someone else can get dirty making it with their hands. Maybe that’s why I curse more than ever lately… for that manly feeling. But I can say one thing for sure, the feeling I get when I see a bunch of guys (who are not stay-home dads] chit-chatting about a gallery show via Facebook, while posting an image on Instagram of the sunset outside that same gallery, and tweeting about where they’re going for the after party, is so not fucken manly to me. I feel less manly just watching them do it.

I know it’s the way of the world now, and it’s part of so many peoples’ job’s and lives… I just wish it wasn’t. I think it’s great we have cellphones. I’m all for being able to contact anyone at any time, any where in the world. That’s the best. Reach out and touch someone. Just not 5,000 followers each time you take a shit.