I Am Shining Star

From comic books to the big screen, crime-fighting superheroes seem to be getting more and more popular these days. And this growing trend may be having a profound effect on a handful of zealot fans that have decided to take matters into their own glove-covered hands. 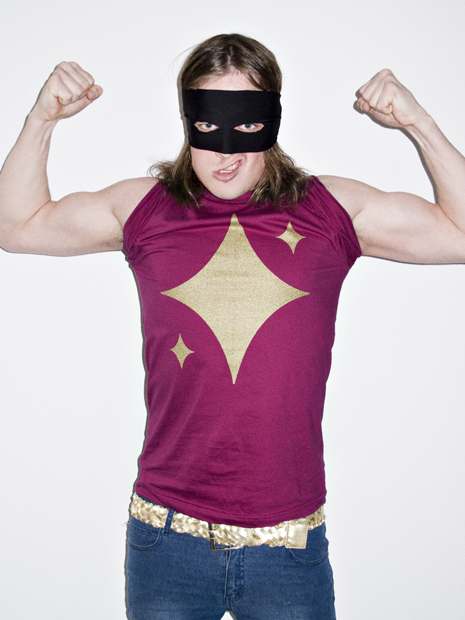 Not content to simply buy an existing superhero costume and play pretend, real-life do-gooders are creating their very own alter ego with matching outfits and taking to the streets.

One such character is Master Legend. Recently featured in a ten-page article on superhero subculture in Rolling Stone with his sidekick, Ace, Master Legend, a former wrester, has become somewhat of a poster child/adult for this cult phenomenon.

And he’s not alone. In fact, there’s an entire legion of true-life superheroes out there that do everything from patrol neighborhoods, feed the homeless, pick up trash, and even kick a little ass if the situation calls for it. There’s even a documentary on the subject: Your Friendly Neighborhood Hero: The Documentary film about Real Life Superheroes. Hollywood must have taken notice, too, because today, as we write this, Kick-Ass, an over-the-top movie about a teenager who becomes a real-life superhero, hits the mainstream.

A handful of zealot fans that have decided to take matters into their own glove-covered hands.

Performing random acts of kindness by plain-clothed Samaritans happen everyday but few really stand out. Perhaps this is the point of dressing up—so those dedicated to do-gooding can be easily recognized by their own personal brand of superheroism. Perhaps by dressing the part, they gain the confidence they need to become the person they aspire to be. For whatever reason, it can’t be a bad thing, right?

Performing your daily deed in a costume is one thing. Putting yourself and others in the face of danger is another matter entirely. The cops might like not you and your wannabe friends trying to do their job. The public might even make a mockery of you. There could even be a rash of criminals who decide to dress their part and become your evil nemesis. Then what? Or, you could be left alone to do your thing and possibly even build a following.

The Guardian Angels, for example, is a non-profit, international, volunteer organization of unarmed citizen crime patrollers who wear all black pants, red jackets and red berets. Founded in New York in 1979, and originally opposed by government officials, The Guardian Angels now have chapters in 140 cities around the world. They are trained in basic first aid, CPR, law, conflict resolution, communication, and basic martial arts. Master Legend, on the other hand, was “born with a purple veil and certain psychic abilities and gifted with powers by a voodoo queen.”

The real question shouldn’t be who can or should be allowed to make the world a better place, performing one good deed at a time, by any means necessary, but why aren’t there more people taking drastic measures to rid the world of evil? Perhaps they simply need a better costume idea, like a raspberry-colored T-shirt with a shining star emblem on it or something.