Green is as Green Does 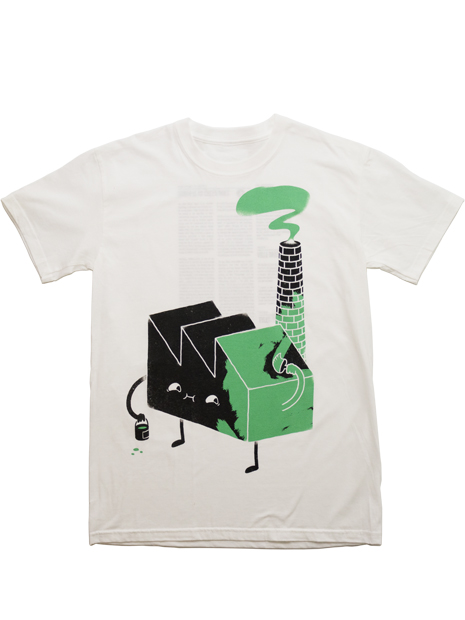 This green movement aims not only to decrease negative impacts upon the environment, but also to decrease the way that products impact human health.

SC Johnson was one of the leaders when they developed a system of classifying ingredients in their products through their “Greenlist” process in 2001. Using that list of ingredients, products like Windex and Pledge have been reformulated to increase biodegradability and to decrease the amount of volatile organic compounds.

Increasing biodegradability is one of the easiest ways to decrease the environmental impact of a product. This thinking has led companies like Frito Lay to develop things like compostable bags for their Sun Chips brand. We have reached a point where green marketing is threatening to become a marketing niche – nothing more than a fad. Producers are introducing green products in an attempt to appeal to consumers within the niche, not necessarily as an attempt to join the green movement themselves.

This fine line is also a tipping point. Not only does a producer’s motivation come into question, but so too does the motivation of the consumer. Identifying oneself as “green” today means a much different thing than it did in the earlier years of the green movement. New York Times columnist Thomas Friedman noted this as a problem five years ago already. With more people identifying themselves as green than ever, Friedman was convinced that we have yet to realize what long-term green really is.

There's been a growing amount of producers lately who are releasing green products, not to join the green movement, but simply to appeal to the green consumer.

“Green has hit Main Street…but it’s still less than a new way of life,” he said.

This green arena has opened up the possibility for companies to capitalize on the interests of the consumer by creating “green” products that amount to no more than gimmicks.

A judgment call on this cannot be made hastily, but questions must be raised as they pertain to some products.

One such example is a product I saw advertised on television today, an electronics battery that claimed a life four-times longer than its competitor. As a result, the company claimed, there would be four times fewer of their batteries thrown away, which would help the environment.

If a “green” shampoo and conditioner is advertised by sending mail-to-home promotion packages that are packaged in plastic pouches and enclosed with cardstock inserts in an oversized envelope, the green advantages of the product are nearly offset by the use of unnecessary materials in the promotion.

The Sun Chips compostable bag is another introduction that could definitely raise questions, as it has. Greener Package broke down the release of the compostable bag, pointing out that “compostable” does not mean the same thing as “biodegradable.”

“Composting requires a lot when done at-home. The bin has to be built or bought. The right mix of materials has to be fed in. The pile has to be attended by way of turning it and watering it,” said CPP Sterling Anthony. “What percent of consumers is willing to do all that?”

Because of other efforts by Sun Chips – like powering their Modesto, Cali, plant with solar power and by taking a no-turning-back approach with the packaging – it’s safe to assume that a gimmick was not the goal. The premise behind the compostable bag represents a possible tipping point, where the expectations of a company don’t meet the actions of the consumer.

If a compostable bag doesn’t end up in a compost pile, it’s not any more environmentally friendly than a regular plastic bag. There’s always hope though. Companies like Terracycle are trying to change the “green” bandwagon and promote a total green lifestyle, creating ways to recycle everything. Their goal is to serve, not to produce (although they do produce green products as well).

Planning recycling programs and educating people on how to be green, that’s what is needed in addition to selling green products; that fuels a green movement.