Give As Much As You Get

Everyone loves free shit. The problem is, once you’re spoiled, it’s hard to go back to digging in your pockets. With product placement and exposure being at the forefront of every brands marketing strategy, there’s a lot of stuff being thrown around. The lucky ones on the receiving end often end up losing touch with reality. The lucky ones end up wanting that shit free forever. 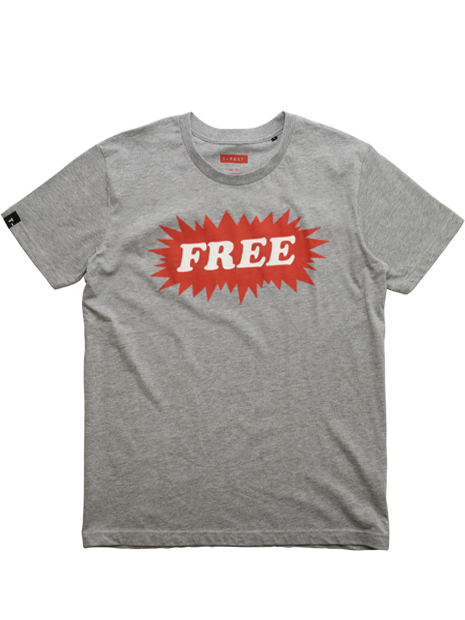 Brands using celebrities or cool people to promote their product is not new to anyone. A long time ago, brands saw the value in a billboard and paid big bucks to lock down a corner or rooftop to promote their products for long periods of time. Now imagine that billboard could move and hit up 20 different corners in one day, and better yet, get itself into a magazine that gets distributed, promoting your product to a further reach. That’s what the right product placement to the right person can accomplish. And today, that right person can now tweet, Facebook, and Instagram it as well (and get paid even more for each). Shit can be worldwide in a few hours, on multiple platforms.

But like I said, I’m not trying to tell you what you already know. It’s just been something I’ve been thinking about more and more, watching how brands and people evolve around this formula of giving. I’ve been fortunate enough to be on both ends of the free shit game. Companies pay me from time to time to give their stuff out to my so called cool friends, and because I associate with these cool people and I work in the fashion, art, music & hospitality industries (amongst others), I sometimes receive free stuff myself. Ok... I get a lot of free stuff. But it’s definitely not because I’m super fucken cool or famous or because I’m at all the right places on the right nights with the right people (I think, nowadays, I go

People get so comfortable with shit getting handed to them for free all the time, that they feel entitled to it all.

out once a month and I’m home by 9pm). It’s because I’m lucky to know a lot of people in the game that work at brands I dig. It becomes this big bartering system, internally, where everyone is taking care of each other. There’s a ton of people in the industry that don’t pay for any clothing or electronics or footwear or hotel stays, etc... If I got tees and you have cell phones and the next guy has sneakers, we all support, represent, and live off

each others brands (or brands we work for) by placing product to one another. Oh shit, we need a place to stay in Miami during Art Basel? Let’s call our friend, who used to work for that PR agency but now does events for that hotel, and get us free rooms for a few nights because we linked him/her up with our homeboy, from back in the graff days, who banged out a new mural in their lobby last month. It’s just one hand washing the other (washing the other).

I’m not complaining. It’s a great way to live. But it can fuck you up as well. Whether you’re famous, cool, or work in the industry, the people who keep getting are the people that are appreciative, use the product, and don’t get greedy. There are obviously exceptions to this rule (you can be a big pop star, yet a total dick, and the free shit will never cease to come your way), but for everyone else, it still all

goes back to those two simple words your parents first taught you... THANK YOU. They’re like magic. They mean a lot to people. But people forget to use them. People get so comfortable with shit getting handed to them all the time, that they feel entitled to it all. They expect it. They get a bit greedy. It’s inevitable. I’ve been guilty of it myself. In the past, my friends and I would go to events where the bar was open and free booze was flowing. We’d always tip at the bar (the right thing to do since you’d be paying 10 bucks for that drink anywhere else in NYC), but at the end of the event, it wasn’t enough. We’d sometimes grab that extra full bottle (from behind the bar) for the road even though we hadn’t paid for shit all night. Fuck it. Our mentality (after a few drinks) was, if you want to give it to us, we’ll take it... And maybe we’ll take a little extra for our friends that weren’t there, or the dude on the corner who we know doesn’t get anything, or just for us so we wouldn’t have to start paying for drinks after we left. But we tip, say thank you, and always take care of anyone who’s taken care of us. We’re always grateful and always give back, or pay forward, or whatever you want to call it. Personally, I give just as much as I get, because most people don’t forget. Again, it’s part of this bigger cycle of free shit that gets moved around. If you just keep taking, you’re going to end up being that grub that everyone hates and stops calling, or forgets to be put on that list next time, regardless of how cool or famous you are.

It’s a pushers mentality. You taste it for free once, and you want more. But instead of having to pay for the second or third taste, some people keep getting it for free. You become addicted, and if you don’t push/give something back to the world, you’re just a user. No one likes a user.