From Rigs To Reef

It’s been one year since the explosion on the offshore Deepwater Horizon Oil rig in the Gulf of Mexico which caused one of the greatest oil catastrophes in the U.S history. 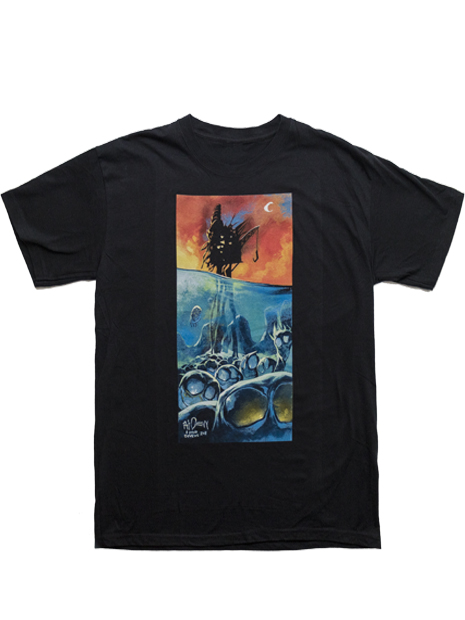 The catastrophe wasn’t the first of its kind, and will probably not be the last one. But are oil companies only causing environmental damages? What if offshore oil rigs can provide valuable habitats for marine wildlife and actually serve as artificial coral reefs?

Naturally occurring coral reefs are today one of the most endangered ecosystems and are also one of the most bio-diverse systems. Once the rig jacket is set to the ocean bed sea, the hard structure provides a perfect surface for corals to attach and grow upon, slowly building a reef, creating an oasis in an otherwise watery desert. So what happens when offshore platforms reach the end of their useful lives?

Oil rigs not serving their purpose any longer are decommissioned, meaning they have to be totally removed from the sea. The end of an oil rig equals the end of a whole ecosystem. This concerned scientists, divers and recreational fishermen in the mid 1980s, so the National Marine Fisheries Service in the U.S developed a plan for the creation of artificial reefs. The Minerals Management Service adopted a policy that supports the reuse of these structures in the development of artificial reefs.  So far, so good, but the question whether old oil rigs should be left in the sea as artificial reefs was and is controversial. To explore attitudes toward the “rigs to reefs” concept, researcher Dolly Jørgensen is writing a book comparing the policy in three different places; the Gulf of Mexico, the California coast and the North Sea. In the Gulf of Mexico the first actors supporting the “rigs to reefs” were recreational fishermen who found the best fishing grounds near the oil rigs, they realized that if the oil rig will go - so will the fish.

The Horizon Oil rig in the Mexican Gulf wasn’t the first catastrophe of its kind, and will probably not be the last. But are oil companies only causing environmental damages?

In Louisiana, the first state to set up a “rigs to reefs” program in 1987, scientists and environmentalist groups supported the artificial habitat created by the platforms. This was a win to win situation.

Not having to remove the rigs, the oil companies save money, though they also agree to give the state a cash donation equal to half of the savings over the cost of removal. The funds are used to run the reef program.

In the North Sea things did not go as smoothly. Although Scottish scientists have long supported the idea of “rigs to reefs”, no projects have been approved. Artificial reef creation got mixed up with the debate over ocean dumping in the late 1990s. After Shell attempted to dispose of the oil platform Brent Spar at sea in 1995, Greenpeace was concerned that oil companies might use “rigs to reefs” as a cover for dumping thus they fought to make it illegal under international standards.

However, scientists have since found colonies of the threatened cold water coral L. pertusa attached to North Sea structures, so perhaps the position should be reconsidered. A few months earlier, the same year as Greenpeace held their dumping campaign, Esso proposed to the Norwegian government to use their oil platform Odin as an artificial reef. The company offered to pay approximately 2.5 million USD to fund a five year pilot study to evaluate the significance of artificial reefs in the North Sea. The timing for the proposal couldn’t have been worse. After the Greenpeace campaign, the Norwegian Parliament decided not to approve the reef plan. The proposal by Esso was too much entwined with the dumping debate and the Parliament left the reef discussion for future plans.

In California the rigs to reefs debate has been going on for several decades, and it was just last year that the state approved legislation that would allow “rigs to reefs”. The opposition environmentalist and trawling groups argued that the productive value of the jackets has not been scientifically proven. Scientists like Milton Love of USC Santa Barbara, however, argued that the structures are extremely productive habitat and should stay in place. In the end, the decision was made to allow reef creation on a case-by-case basis.

The rigs turning into valuable ecosystems during their lifetime is just something that happens, so shouldn’t we take advantage of that whether we are for or against the use of oil? Does it matter if the habitat is man-made when the outcome is a thriving ecosystem? These are some of the questions concerning not only ecologists but the whole society, and the story of “rigs to reefs” has shown how actors of different types have the power to influence nature conservation policy making.