The time has come to challenge the stereotypical male role, question macho-culture and dissolve mossy old patriarchal systems, because frankly – it’s just not working for us. In fact, it’s killing us. One movement is hell-bent on change, and they are demanding everyone to do their part. Welcome to FATTA MAN. 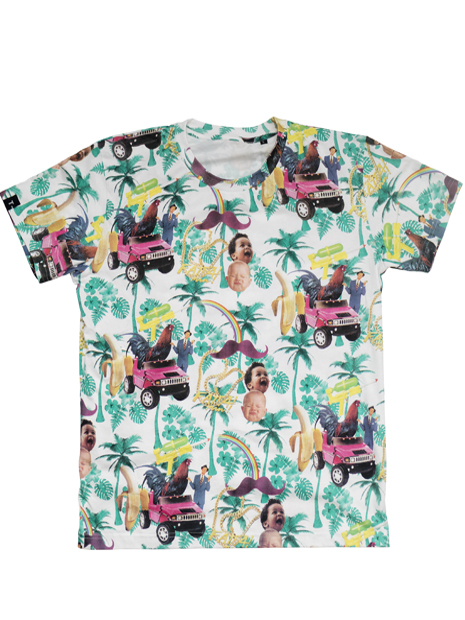 At times, it seems sort of a lost cause trying to defend “the male”. I mean, let’s be honest – men are the cause of basically everything that’s wrong with the world. Don’t get me wrong; we’ve had a hand in a lot of cool stuff as well – penicillin, electricity, season 3 of The Wire (I’m not claiming credit for any of that by the way), but you can’t really ignore all the mayhem and misery left in our wake. It seems we just can’t help ourselves from wreaking havoc all over the place, I guess we’re just predisposed to violence and atrocities; it’s out of our hands, in our dna. Or is it really? FATTA MAN certainly doesn’t think so.

In May of 2013, after three men who were charged with raping a 15-year-old girl using a glass bottle walked free, the non-profit FATTA-movement was born out of sheer frustration with the Swedish judicial system. FATTA roughly translates to GET IT, and was created as a wake up call, a way to impose political change in the courts as

Why don’t we meet up for dinner or coffee and talk about how to break the cycle?

well as a change in attitude surrounding sexual violence in society at large. FATTA MAN started a year later with special focus on getting boys and men to understand the destructive norms that shape the ideas of masculinity – the kinds of ideals that actually lead to sexual violence. The project was first launched with a music-collaboration produced by Swedish rapper Adam Tensta featuring several male artists, the song called “It Starts With Me.”

“Men have relied on women for all emotional work. We made them responsible for providing us with all the love and validation we need, says Svante Tidholm, project manager for

the FATTA MAN-movement. “We’ve put it on them to take care of us, and solve our problems. We’ve been told “boys will be boys”, that being a man gives you the right to violate whoever. We need to understand where things went wrong, and start talking about this. In our work I visit schools to talk about these things, and often I realize this is the first time boys hear that they have an alternative, that they don’t need to give up – that they can choose who they want to be. That we men can actually have access to all the humanity that’s inside of us.”

In June of 2016, following the reported rape of five women at the Bråvalla music festival in Sweden, FATTA made an open appeal to men all over Sweden to act, and act fast. The idea was very simple: Invite your friends to a dinner and really talk about the issue. They even wrote the invite:

“Friends! We’re all familiar with the issue of sexual violence. We know men are accountable for almost all

We know one out of every five men lack a close friend, and that we work so much we don’t see nearly as much of our kids as we’d like to. The statistics are available and women have worked hard to rid themselves of all the crap the gender norms cause. Why don’t we meet up for dinner or coffee and talk about how to break the cycle? Even if we don’t identify with the numbers or description above, maybe with could still do our part? For the future? For others? Because not only does all this misery affect us, in the long run it rains down on women, non-binary and children as well. Who’s up for it? When do we meet? With hopeful regards.”

During the Bråvalla festival, five rapes and 15 accounts of sexual assaults were reported. Within the same duration, according to BRÅ-statistics (Crime preventing Council) 295 rapes happened at other places in Sweden, most of them committed by assailants familiar to the victim.

So what is going on, why does this keep happening? And what can we do to break the cycle? Well, as FATTA MAN’s Svante Tidholm talked about in his 2016 TEDx Talk in Umeå, we need to take a long hard look at the message we’re sending young boys growing up right now, because we’re all role models for someone. The male norm needs to be challenged, because this isn’t a “female problem”. Men are slipping through the cracks into isolation, substance abuse, psychological illness and violent behavior, passing it along to the next generation, and the next, and the next. We are better than that, right? At least we could be…