In 2005, Swedish tv-show “Rallarsving” premiered at ZTV. It featured marshal arts-enthusiasts Musse Hasselvall and Andreas Halldén travelling the world, sampling different forms of fighting and raising hell. Now, 12 years later, MMA has become household, and the boys have grown up (sort of) and are looking for a comeback. But is it too late? 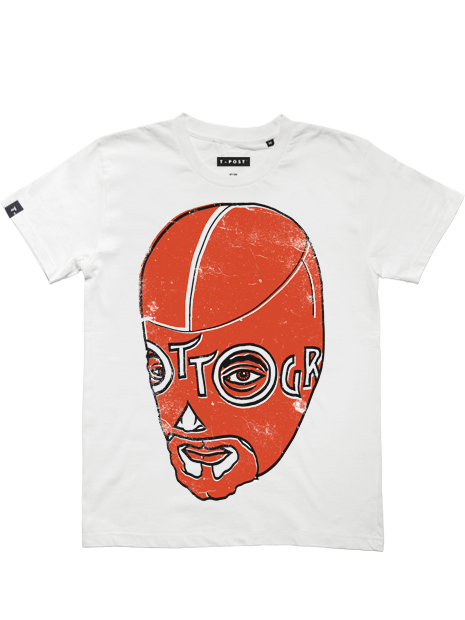 Musse Hasselvall is what you might describe as the ultimate hipster. As with any self-respecting hipster he’d sooner die than identifying himself as a just that, but take my word for it: he is. Over the years he’s frequented the stylish parties of the Stockholm fashion elite, worked as creative director for Swedish underwear brand Frank Dandy, directed a wide range of ads and music videos, and established an unconventional-yet-on-point-flair which earned him the title “Sweden’s best-dressed man” by Elle Magazine as well as “best dressed TV-personality” by men’s style-bible Café

In light of these facts, perhaps my prejudiced reaction to the 44-year-olds outfit, as we meet over an 8$ glass of juice at a hip coffee shop in the heart of

The age-old tale of wanting it all, but coming up short. Of will over talent, refusing to give up, even though the odds are stacked against you.

the Swedish capital, is understandable. Dressed in leather-lined jodhpurs, knee-high riding boots, old school Henley-tee and slim suspenders, Musse could easily have been mistaken for the very epiphany of a pretentious Portland pale ale-brewing urban hipster. I just automatically assume it’s his latest look. “Oh dear God, in a few weeks most of Stockholm’s male fashionista-wannabees are going to look like they’re on their way to muck the stables”, I think to myself. As it turns out – Musse actually is on his way to muck the stables.

“I instantly fell in love with riding, and I’ll get on a horse any chance I get. I’m not very good at it, but let’s just say it’s

a work in progress”, says Musse and happily leans into the warm June sunlight, carefully soaking up every ray. He is being humble. Within a few years of first mounting a horse (in his late thirties!), Musse is a licensed amateur-jockey, and in 2014 completed the worlds longest horse race: the Mongolian Derby. That’s 1 000 kilometers in ten days. On horseback! In 2013 a faulty stirrup leather caused the freshly baked jockey to take a nasty nose-dive during competition, resulting in a brief hospital stay. Of course, as one of Sweden’s leading marshal arts-profiles, Musse is used to taking a beating – as well as handing them out. Five time Swedish Ju-jutsu-champion and with several international top-placements, Musse eventually moved on to Shootfighting and the MMA-scene – which brings us to why we’re here.

In 2016 Musse and long time friend Andreas Halldén launched a Kickstarter-campaign trying to raise funds for a new season of the TV-show “Rallarsving” (roughly translates to “haymaker”). Andreas: calm and sensible in his demeanor, complements the energetic and restless Musse, and made for the

perfect odd couple on screen. More than a decade has passed since the duo travelled the world exploring different styles of fighting. Both Musse and Andreas challenged the preconceived notion of the macho fighter, mixing sparring with hugging, and toughness with a surprising amount of “touchy-feely” sensitivity. “Everyone just assumed we were gay, they couldn’t fathom two straight guys in their underwear grappling in a hotel room. You know, MMA was not a well-known concept back then, wrestling wasn’t considered cool”, says Musse with a wide grin.

A lot has happened in the years since Rallarsving first aired. MMA has become mainstream, Andreas has a normal life with wife and kids, a real grown up-job (designer for fashion-giant H&M), and Musse has participated in at least a dozen TV-productions and discovered a passion for horse racing. But the ghost of Rallarsving lingers on, at least for Musse. Enter: “Efter Rallarsving” (After Rallarsving).

“It´s a story of failure. The age-old tale of wanting it all, but coming up short. Of will over talent, refusing to give up, even though the odds are stacked against you. What can I tell you – life just ain’t fair”, says Musse, his voice suddenly lower. “But to be perfectly honest, Andreas wasn’t the least bit interested in reviving the show, I kind of bullied him into this. He was like: ‘I’ve got a life now, Musse, please let me live it’. But I wore him down. ‘Efter Rallarsving’ will be our legacy”.

In this season, Musse and Andreas plans to reawaken the popular “Brottogram” – which might be described as a sing-o-gram only instead of a singer you’re greeted by a half naked man in a Mexican wrestler mask challenging you to a fight. “Thing is, none of this can be done without Andreas. He’s probably the most talented person I know. He’s an amazing designer, a great fighter, he can illustrate, sew, host TV – anything he tries he’ll be great at. All I’ve got are my people skills – which sometimes earn me time in front of the camera even though I’m not necessarily all that good at it. So I usually drag Andreas in to it”, Musse says, an adds: “Look, we’re a team – whether he likes it or not!”