“You can do anything you want if you set your mind to it”. Most of us have heard this a million times growing up. But somewhere along the way that kind of encouragement stops, only to be replaced by responsibilities and living up to the expectations of “someone my age". Why do so many of us give up on dreaming big, and start conforming? And what makes some of us keep the dream alive? 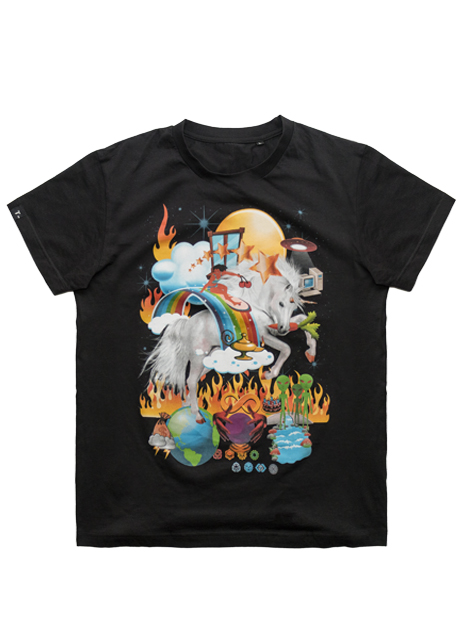 It’s funny, isn’t it: the less we know – the more we think we’re capable of. I mean, ask any kid under the age of seven what they’re going to be when they grow up, and it’s going to be big. And I’m not talking C.E.O. of a multi-national manufacturing company-big, I mean big like: President-of-the-world-superhero-crimefighter-magical-rainbow-shooting-unicorn–big. There is literally no limit to the possibilities, and it’s not until the age of seven or eight that people start telling us what we can’t do, what talents we lack or what possibilities are out of reach – but oh how we learn quickly. By the time most of us reach our mid-teens we are so well informed of our shortcomings we actually stop dreaming big – and start seeing obstacles instead of possibilities.

This was not the case for 18-year-old

Boyan Slat. In 2012 the Dutch teen entered the Tedx-stage in Delft, carefully adjusted his headset, waited for the applause to settle and calmly presented his idea to save the planet. An idea that, four years later, is in the midst of being realized.

At this very moment, over 5 trillion pieces of plastic is littering the world’s oceans. Some of this is gathered in The Great Pacific garbage patch, an “island” entirely created by marine debris. The estimated size-range of the patch varies, but it has been described anywhere from the size of Texas, to twice the size of continental United States. It was discovered in 1999, and the phenomenon is explained by debris mainly being trapped by the North

Pacific Gyre and carried from the coast of North America and east coast of Asia, creating the world’s largest cluster of plastic debree. There are several other garbage patches growing around the world’s oceans, the North Pacific garbage patch being the largest one. It was however a family vacation on the Greek island of Lesbos, not the giant garbage patch, that started then 16-year-old Boyan Slat’s quest to clean up the ocean. Diving in the clear Aegean Sea he came to realize he found more plastic than fish. “I guess that’s how it all got started. Someone has to solve the problem with plastic, might as well be me. I guess you could say I’m the world’s garbage man”, says Boyan Slat in a 2016 interview with Swedish ICON magazine. It takes a plastic bottle or diaper 450 years to completely dissolve, with some plastic materials up to 1 000 years. And although it’s been a known fact for many years that the world’s oceans are slowly drowning in garbage, cleaning it up was thought to be nothing short of impossible. Still, something needs to be done. As the

plastic breaks down, toxic chemicals enter the food chain, and at some point – ends up in us. So how do you solve an unsolvable problem? Enter Boyan. From the Tedx-stage of Delft, Boyan delivered his presentation titled “How the oceans can clean themselves”. He would create an artificial coastline, a vast v-shaped wall using the force of the currants to drive the plastic debris and particles in and collecting it for recycling on land. Sounds simple enough? Well it’s not. As many pointed out, getting a ten kilometer long wall to stay put in the heavy currants and 4 500 meters deep of the Pacific Ocean is a challenge. As if this wasn’t enough, one would have to make sure the device won’t capture and kill the very wildlife you’re trying to save. It would take Boyan and his quickly growing following the better part of a year before things finally started to come together.

In the summer of 2016, now 22-year-old Boyan Slat saw the next big step on the road to actualizing his big plan take place, as a 100-meter prototype was deployed in the North Sea, 23 kilometers off the coast of the Netherlands. Four years after entering the stage with one big idea, his venture is now in play, with funders like American software billionaire Marc Benioff and Microsoft, and over 4 000 volunteers eager to do their part.

If all goes according to plan, the full-scale pacific cleanup will start in 2020. What started as a somewhat naive idea from a 16-year-old on family vacation has snowballed into perhaps the biggest single effort to fix the polluted oceans and ensure a livable world. So does the pressure get to the young Dutch in the center of it all? “To fail is not an option, there’s always a plan B. Problems that can’t be solved are very rare”, says Boyan Slat to ICON Magazine and adds: “When people say something is impossible, I always want to prove them wrong. We at least have to TRY to solve the problems with plastic in the oceans.”

So whether your dream is to be a president-of-the-world-superhero-crimefighter-magical-rainbow-shooting-unicorn, or just plain save the earth from drowning in plastic – dare to dream big. It just might come true.