College life is supposed to be about liberation, self actualization, forming new life-long friendships and making questionable choices in sexual partners while under the influence of low-grade MDMA. But the COVID-pandemic has turned the college-experience into a blur of self isolation, online lectures, routine Tinder-swipes and a problematic approach to personal hygiene. Welcome to Domesticollege. 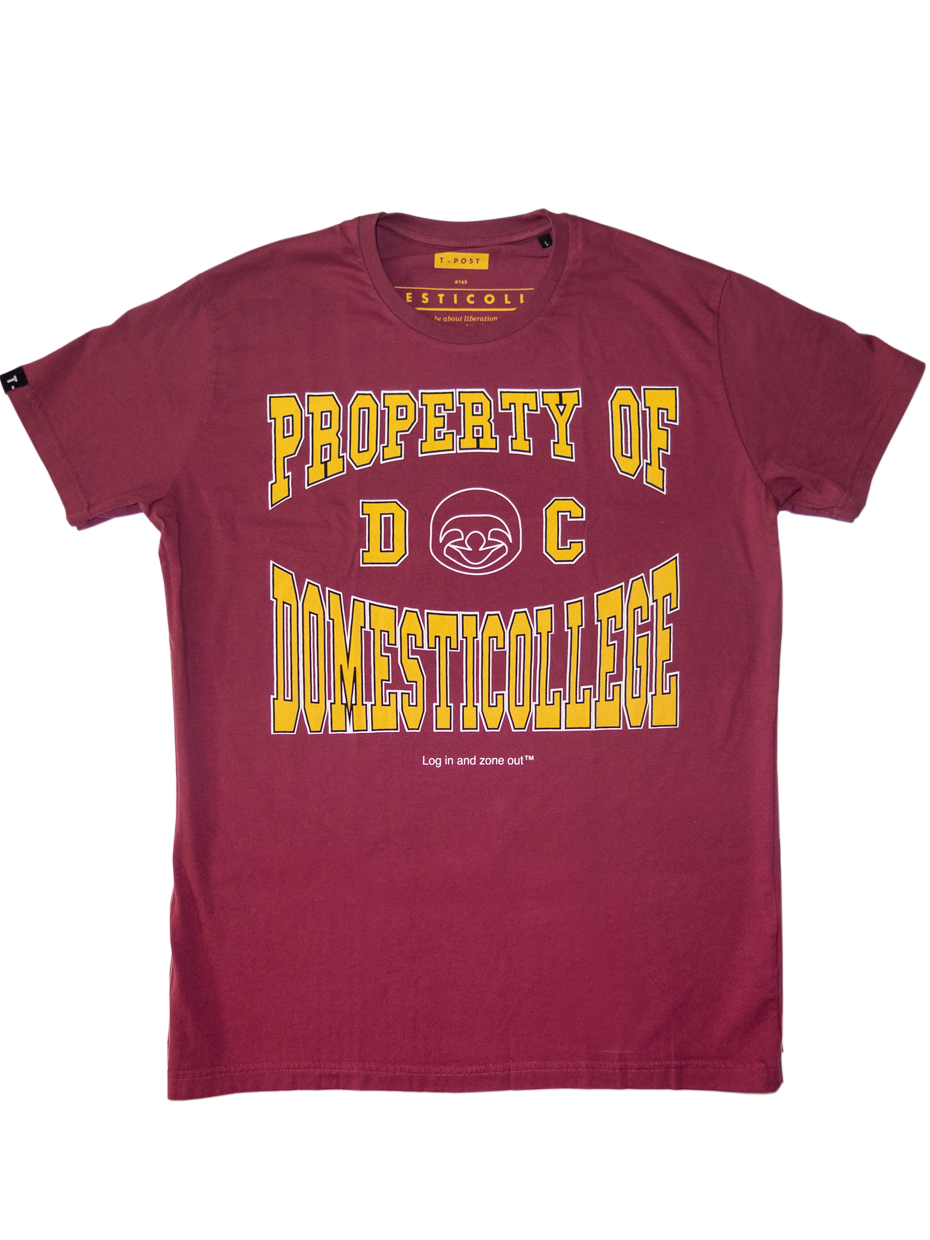 “I think college is basically for fun and to prove you can do your chores – but they’re not for learning. You can learn anything you want for free. I don’t consider going to college evidence of exceptional ability. In fact, ideally you dropped out.” Elon Musk looks out over the audience of the Satellite 2020 conference in Washington and oozes confidence. And he should know. After dropping out of his PhD program at Stanford University, the Tesla creator has accumulated a net worth around 166 billion dollars, gotten a cool and artsy Canadian pop star-girlfriend and created recyclable spaceships.

For a dropout such as myself, these words are reassuring. After all, Musk is not the only college-dropout to achieve

The COVID-pandemic has turned the college-experience into a blur of self isolation and a problematic approach to personal hygiene.

great success: Bill Gates, Steve Jobs and Mark Zuckerberg are some other tech-Gods who dropped college to focus on their work (although the latter actually received his honorary Harvard degree, twelve years after dropping out to expand the Facebook-empire).

On the other hand, comparing oneself to Jobs, Musk or Gates just might not be the wisest route to take. Unless you have a billion-dollar-idea and/or a trust fund the size of Iceland's GNP, spending a couple of years getting a degree might keep you from a lifetime

of asking people: “Would you like fries with that, sir?”. Besides, the college experience is about more than taking classes and getting a piece of paper with your name on it – it's about liberation, self actualization, forming new life-long friendships and making questionable choices in sexual partners under the influence of low-grade MDMA. Or at least it used to be. I think.

As a Millennial, my image of life as a college life was shaped by cinematic greatness such as Van Wilder, Legally Blonde, Road Trip and  – of course – Old School. My (at best) mediocre grades were not exactly pointing me towards any Ivy League-levels of education, but I always figured I’d end up with a degree at some point. Maybe I’d have my Good Will Hunting-moment, an arrogant but highly respected professor would stumble across an unpublished novel I’d scribbled, see through my unpolished exterior and discover my true potential.

This of course did not happen, and by the time I actually dragged myself to public college I was way too old for dorm-life – the very thought of living on campus made me feel less like a young Matt Damon and more like that guy “Blue” in the movie Old School who dies from a heart attack while preparing to jello-wrestle a couple of sorority-girls in bikinis. It just wasn’t for me. I basically went to class, kept my nose in the books, got an internship and dropped out as soon as I got offered a decent job.

This has left me with a lingering and deep sense of envy, a fear I’ve missed out on an important, perhaps a crucial part of growing up. But with the Covid pandemic, envy has transformed into pity. Gone are the days of legendary dorm parties, community, campus hang-outs and excessive flirting in the cafeteria. In the dystopian post-coronaverse a typical day at college starts by waking up two minutes before class, attending lectures in your underwear and finishing the night off by binge watching the Kardashians while Zooming with your mom. That’s fucking dark.

I can’t help but wonder what kind of grown ups the Domesticollege will spawn. Sure, college campuses are filled with misogyny, racism and general assholery – but so is the world. On campus, people at least get to learn how to deal with it under somewhat controlled circumstances. At home in front of the MacBook, you're pretty much at the mercy of online chat-groups and social media forums, and we all know how balanced and reasonable people act in the comment threads. What we’re looking at here is a whole generation of well educated social misfits and incels invading our workplaces, book smart but with little or no experience of actual human interaction.

Judging from the very examples of successful dropouts Musk pointed out, these guys are not exactly known for their likable personalities and finely tuned people skills, it’s basically a who’s who of abusive CEO’s and creative madmen. So what if  Elon is wrong – and college is ALL about learning. Just not the stuff you’ll find in a book. But what do I know, I never even graduated.