Science has studied the effects of isolation on the relationships between people for decades, primarily to boost the performance of teams in extreme environments such as space missions. Now, we’ll put this knowledge to the test as the pandemic makes us all prisoners in our own home in one way or another. How do we get along in the stay-at-home-restriction-era, and how can this shirt help? 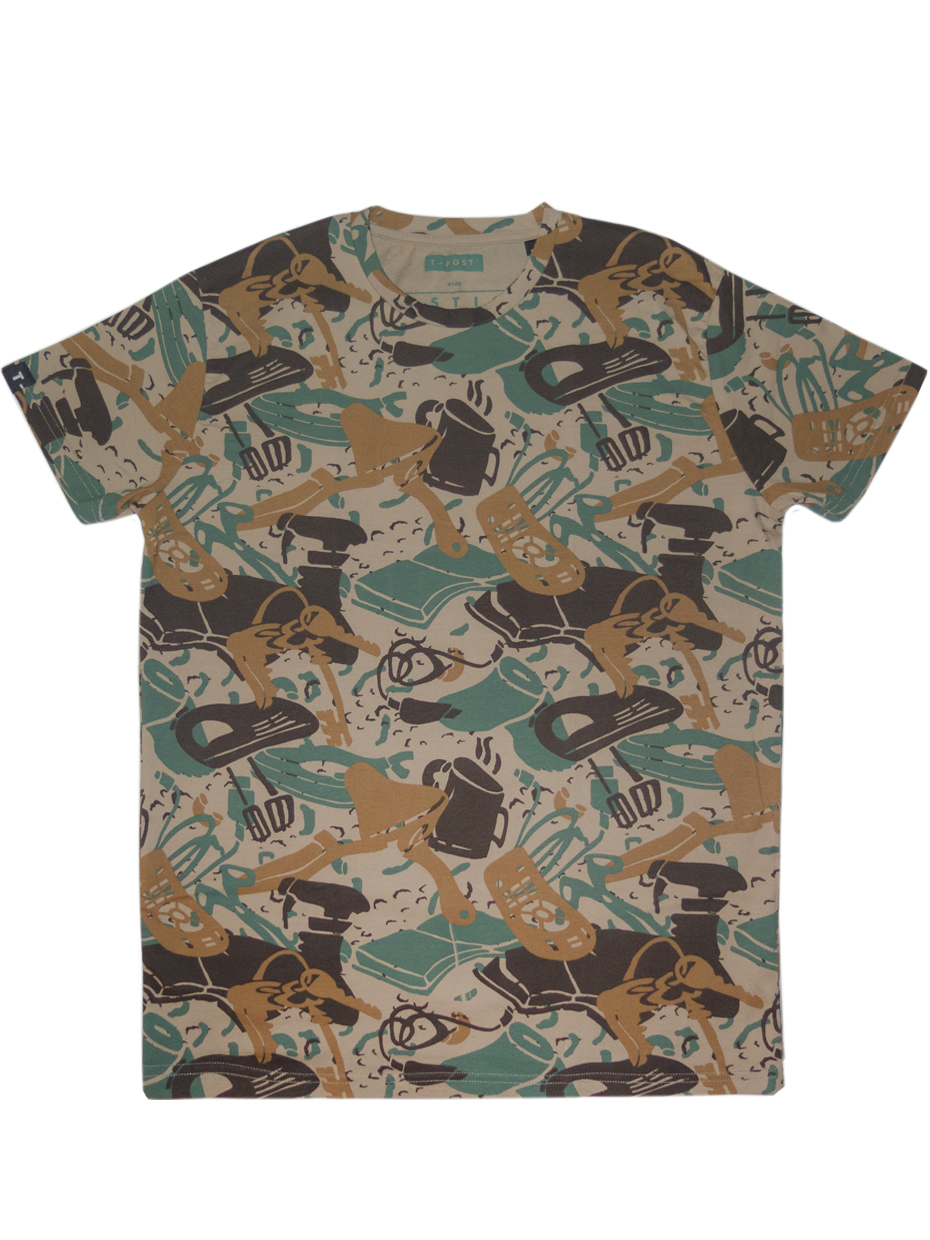 ”Christ, I wish I’d been in a serious relationship when The Rona hit. Even a bad one”, a friend tells me as we sit down for a rare IRL-interaction over a beer. It’s been nine months since the global pandemic became an undeniable fact, and all over Europe the virus is now roaring into its second wave. The Swedish ”soft lockdown” allows for a bit more normality than in most countries, but still everything has changed. Not enough to match the doomsday-scenarios of films like the plague-ridden ‘I Am Legend’ or Steven Soderberg’s ‘Contagion’ – but enough to significantly mess with your head. Sitting around following the daily death-toll, waiting to get infected is slowly grinding us down physically and mentally. ”I mean, just imagine being on lockdown on your own, for months. There’s a reason isolation is used as the ultimate punishment in prisons –

How do we get along in the stay-athome-restriction-era, and how can this shirt help?

it is completely demoralizing. I’m so unspeakably sick of polite chatting on Tinder I almost welcome death”, my friend continues, and finishes the rest of his Danish lager in one swift motion.

It’s true. My girlfriend and I moved in together in March, got a PS4 in April and by early May – gave up any lingering hope of a fulfilling social life. From the comfort of our couch we’ve advanced to level 82 in Fortnite, watched the young chess-prodigy Beth Harmon take on Russian masters in The Queen's Gambit, and followed a chaotic US election-process spiraling out of control. We’ve spent hours on cooking stuff that takes 30 seconds to eat, made short-lived attempts at yoga, exchanged thousands of passive-aggressive comments concerning the

best way to stack dishes and taken turns collapsing over the sad state of everything/saying everything is going to be okay. It’s been rough, but going through this shit alone? Jesus.

That said, achieving home bliss on lockdown is no picnic either. Kids are great and all, but entertaining an over-energized and under stimulated eight-year-old in isolation is like filling out your tax returns while riding a unicycle and fighting off a pack of rabid hyenas – infuriatingly complicated and bound for disaster. Add to that 24h/day with your partner and there’s just not much room for romance, let’s just say the three of us really got to know each other very quickly.

I’m not complaining (ok, maybe a little, but at least I feel shitty about it), it’s clear I’m one of the lucky ones: My little family is still healthy, I can still make a living sitting in front of a laptop and I’m not stranded all alone. To many families, getting out of the house every once in a while is the difference between life and death – for women and children in violent or controlling

domestic circumstances the stay-at-home restrictions create a nightmarish trap. People are losing their jobs, many senior citizens are alone and isolated from friends and family, and health care personnel are stepping in to work every day risking their lives fighting the virus and watching patients dying despite all efforts. In light of this, me “not getting my space” and seems like a miniscule price to pay, doesn’t it?

But lockdown is no joke, and even the best of relationships get put to the test. Science has studied the effect isolation has on the relationships between people for decades, as a way to boost the performance of teams in isolated and extreme environments such as space missions. True, being held up in an apartment a five-minute walk from the city center may be very different from floating in a pod 400 kilometers  away from earth, but it is not without common ground, sort of speak.

In a Knowable Magazine-interview professor Mathias Basner of The University of Pennsylvania’s psychiatry department talks about the importance of everyone having a place to be on their own during lockdown. “Even when you’re isolated you sometimes need to get away from the people you are isolated with, because you just can’t take it anymore,” Basner says. He was involved with the Mars500-project – where a study of six men were locked inside a mock spacecraft parked on a Moscow parking lot for 520 days – was performed. “Personal space helps people calm down and defuses the increased conflict that otherwise develops.” The test was performed in 2010–2011, and very few people anticipated the whole world would be having their own version of Mars500 within a decade.

At this very moment, thousands of studies are taking place to better equip humankind for the next inevitable pandemic – fine tuning our ability to produce vaccines, cope mentally and economically and  manage our resources. This might take a while though, so T-post decided to do our part right now – with this very tee. Domesticamo will allow you to blend in with the very interior of your home, giving you a much needed and well deserved break from family-life on lockdown. It won’t cure any diseases, but it might just save you some alone-time. You’re welcome.