Learning a real trade is just not as fashionable as it was 50 years ago. These days, everybody seems to go for titles like graphic designer, stockbroker or blogger. But what happens when you actually need to get something fixed? I doubt a copywriter is going to fix your plumbing. 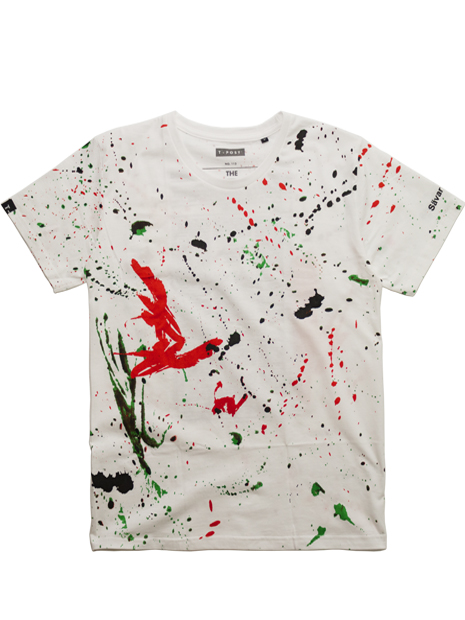 There are times you just don´t ask for help. Times when your fragile male ego gets in the way of all practical purpose, and you just have to man up and handle shit yourself. This was one of those moments. I´d already spent close to 30 minutes at the gas station, and was no closer to finding the correct place to refill windshield-washing fluid. I felt like crying. “Need some help, sir?” The gas station attendant – a cute girl in her late teens – had obviously been watching this pathetic display of cluelessness for some time. She was amused, and was doing a horrible job concealing it. “No thanks, I´m just fixing some… stuff”, I said and tried to look like someone who fixed stuff all the time. Truth is, I don´t. Like many men and women of my generation, I lack a lot of basic skills. Can´t fix a car (or refill wiper-fluid), can´t build a porch deck, and know little or nothing about organizing a manhunt or surviving in the wild. And It´s not from lack of trying on my parents part either. My dad took me hunting and fishing, showed me how to build a shelter, had me help him renovate a kitchen and change tires on the family car. But still, there I was, on a gas station parking lot, with a fresh batch of windshield wiping-fluid, staring at the engine like it was the fucking math equation from Good Will Hunting. Useless. “Ok, all good”, I said, slamming the hood a little too hard and driving off, my view now obstructed not only by a dirty windshield but also by my eyes getting misty from frustration and humiliation.

I doubt a copywriter is going to fix your plumbing

managed to put together a prefab-guest house at our summer spot by the sea a couple of years ago. This estimated 20 hour-project – witch actually ended up taking the better part of two months – made me think that maybe, just maybe, I had more craftsmanship in me than I´d initially thought. After all, I´d even bought a tool belt.

The feeling lasted exactly one month, until the first autumn winds hit our coastline and blew the roof off. Turns out I´d used the wrong type of screws on the tin plates, and all it took was a swift gush of wind to blow my roof AND newfound handyman-status out to sea. Stupid fuckin tool belt.

Perhaps this is why male graphic designers, street style bloggers and lifestyle journalists all over the world (myself included) are dressing like they´re on their way to log timber instead of spending nine hours on a ergonomic office-chair. We´re all big beards, flannel shirts and red wing boots. A futile attempt at compensating for the complete lack of traditional masculinity – but an attempt all the same.

To make matters worse, now the very skills we DO pride ourselves in are quickly becoming obsolete. Development of computers and robotic systems may be focusing on the manufacturing industry right now, but we are kidding ourselves if we think that factory workers are the only ones with their jobs at stake.

A recent rapport from the Trust of Strategic Research in Sweden listed 100 professions due to be obsolete within 20 years. Among these were the “expected” ones; blacksmith, machine

operator, mailman, construction worker and farm hands. Besides manual labor there are apparently also lot´s of desk jobs going out of style. According to the study around 84 percent of office personnel will have to seek employment elsewhere, 94 percent of sales staff is shit out of luck, and between 20-50 percent of all journalists and marketing-people will be out of a job. Now THAT is a scary thought, as this will render us urban copywriters, fashionbloggers and graphic designers COMPLETELY useless, to ourselves – and everyone else. Since many of us lack any form of practical skills, and our capacity to make up arguments for people to buy stuff (that´s basically what we do) is easily replaced by effective software, we´re pretty much looking at a whole army of bearded, flannel shirt-wearing, red wing-shoe stomping knobheads, unable to find work or fend for ourselves. I mean, at least the manual-labor-people may be able to get by growing their own food, hunting and even building basic shelter. Me? Take away my Wi-Fi and I´m fucked. I can just see myself, sitting on the pavement outside a mall (if those still exist in 20 years) with a beat up Urban Outfitters-beanie between my legs, desperately waving a meticulously designed sign saying: “will copywrite (or give handjob) for food”.

So, is the future really this bleak? Is there really no place in the future for us no-good MacBook-hugging media-hipsters in the year 2035? Well, there is one small glimmer of hope. American Internet supplier AOL listed “10 high paying jobs that doesn´t exist yet”, many of which sound perfect for the likes of us. For example: “Jobs of the future specialist” (basically guessing what professions will exist in the future), “Meme agent” (helping future meme-stars to keep their fame), and my favorite: “Disorganizer/Corporate Disruptor”. The disorganizer is in charge of creating chaos in the company to shuffle existing systems to create start up-culture and welcome, organized chaos. Thank God, I´m all set.