Do I Look Illegal?

In a desperate measure to reduce the number of drug- and gang-related crimes that allegedly occur in states that border Mexico, Arizona Governor Jan Brewer recently signed the U.S.’s toughest bill on illegal immigration into law, making Arizona the first state to demand that immigrants—specifically those of the brown-skinned variety, meet federal requirements to carry identity documents legitimizing their presence in “the land of the free”. 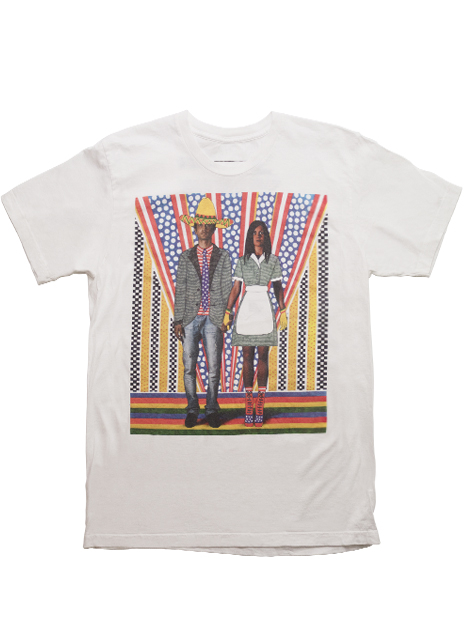 It doesn’t matter when you or your ancestors got off the boat and came to America, or simply walked across the desert, if you don’t look right, police officers now have the power to demand proof of citizenship and detain anyone they reasonably suspect are in the country without authorization.

The legislation has caused quite the heated debate in the streets and in the major media, with many accusing the state of sanctioning a racial profiling program that flies in the face of residents' civil rights.

No matter which side of the proverbial (and proposed) fence you stand on, it's clear that fashion police are real.

Even the Phoenix Suns, Arizona’s beloved NBA team, got in on the protest by changing their basketball jerseys to read “Los Suns”.

However, according to a recent NBC/MSNBC/Telemundo poll, 61% of Americans support the law and at least 18 other states are said to be considering adopting similar immigration laws.

Citing her critics, Gov. Brewer insists that racial profiling would not be tolerated, adding, “We have to trust our law enforcement.”

If law enforcement won’t be looking at the color of one’s skin, what will they be looking for exactly? Well, according to U.S. Representative Brian Bilbray, authorities "will look at the kind of dress you wear, there is different type of attire—right down to the shoes, right down to the clothes."

Can you really tell where someone is from by the way they dress, namely what shoes they wear? And what do those look like exactly, officer? Will illegal immigrants be able to assimilate and blend in by simply sporting a fashionable outfit? Will we start to see shoe trucks replacing taco trucks at the border? Will all Latino's and dark-skinned people in America be forced to dress more formal to avoid being hassled?

No matter which side of the proverbial (and proposed) fence you stand on, it’s clear that fashion police are real—for now, anyway. Dress accordingly.