Deal Or No Deal

Everyone loves a good deal—so much, in fact, that many consumers today balk at the thought of having to pay full price for anything. Marketers know this. They are a clever bunch. You might even say that it’s all part of their grand plan to get you to consume more of what you want before you even know what you want. 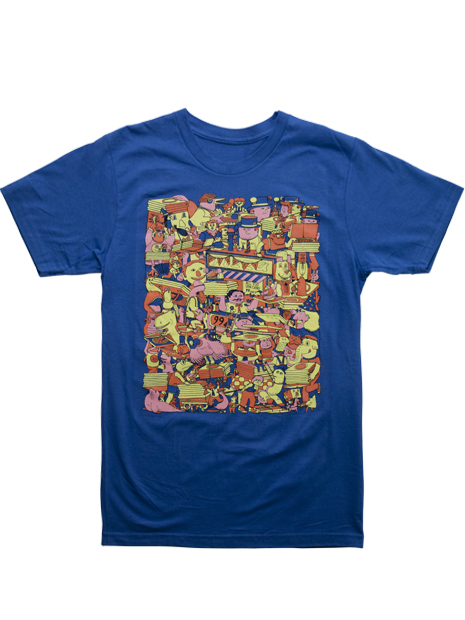 Drawing on social science, psychology, sociology, mathematics, economics, anthropology, neuroscience, and creativity, marketers have been coming up with all kinds of ideas to convince you that you not only need their product in your life but also that you’re getting an amazing deal if you buy more of their product instead of their competitor’s.

Coupons. Referral programs. Rewards clubs. Warehouse clubs. Loyalty cards. Buy five, get one free. One Day Only Sale! The list of marketing and promotion schemes that we’ve all come to know and expect in our normal everyday lives is endless. It’s nothing new. T-post has even experimented with a few of these.

But not all marketing ideas go as planned.

The McDonald’s Happy Meal, a children’s meal packaged in a box with a toy. Good marketing idea. That is until this year when a New Zealand franchise accidentally replaced the sold-out toys with condoms.

Pepsi offered 1 million pesos to anyone who got a bottle cap with the number 349 printed on it. Too bad there were half a million bottle caps printed with 349.

In the U.S., Domino's Pizza’s created a recession-proof promotion whereby anyone who typed in “bailout” on the order page would get a free pizza. Only problem was that the promotion hadn’t been approved yet, the code leaked out, and over 11,000 people demanded free pizza. Despite the “computer error”, Domino’s honored the giveaway anyway.

In the Philippines, Pepsi offered 1 million pesos to anyone who got a bottle cap with the number 349 printed on it.

Too bad there were half a million bottle caps printed with 349, which would have cost Pepsi 18 billion dollars. Bottling plants were attacked by angry contestants. Many executives had to leave the country. And Pepsi ended up awarding each winner $19, turning the promotion into a mere 10 million dollar mistake.

We think we know what Donald Trump would say, but to whom?

With so many people involved in such efforts, how could these epic failures ever happen? Who's responsible—the marketing company, the one person who fell asleep in the fulfillment warehouse, or everyone involved?

What are the legal implications for the company sponsoring the promotions? Does all that legal fine print protect them from such failure or must they do exactly what they promised in their adverts?

Could people have sued Pepsi for their winnings, or McDonald’s for their child’s alleged psychological damage?

Mistakes do happen. But as consumers demand greater deals and savvy marketers are there to create them, the bigger the risk is for something to go horribly wrong. And when they do, consumers will have to pay the higher price for it. Not to worry though. It will most likely be on sale.