The country mouse or the city mouse… Which would you rather be? I went from the city to the suburbs, and now back to the city. I was lucky in my life, I got to taste both. It’s a shame that most people don’t. There’s goodness in it all. 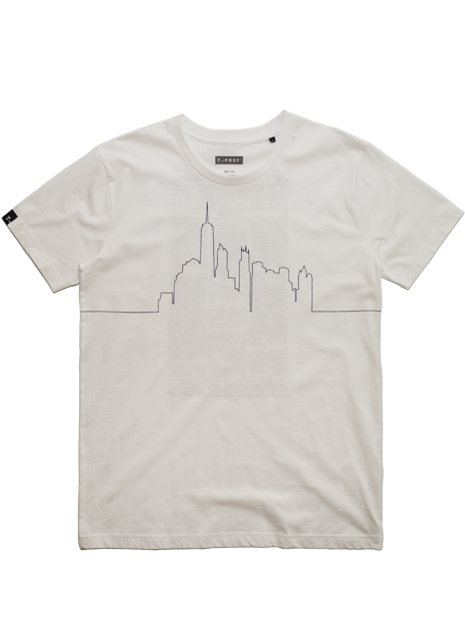 I was born in Queens [city], then grew up in Long Island [suburbs], and later in life started a business in Manhattan and moved to Brooklyn [city once again]. I know the good and the bad of both, first hand. The city kids think they’re more advanced and that the suburb kids are pussies. And the kids from the ‘burbs think that most city kids grow up in grime and chaos, with a poor quality of life. Of course this may be true for some of the people in these areas, but it obviously can’t be generalized that easily.

Yeah, there are definitely some wimpy, sheltered kids (& grown-ups) that live in some homogenous suburb communities, but for the most part, they know the deal. Where I grew up, no one was poor, and because there’s not much to do, most kids had a lot of time on their hands to play sports, do drugs, and get in trouble... All non-wimpy stuff. They weren’t afraid of shit because they knew Mom or Dad would get them out of any jam they got into. So the idea that city kids are doing things way before their wimpy, country counterparts, is just bullshit. If anything, most of the kids from the ‘burbs are working out on a daily basis so they can excel in athletics and in 2am parking lot fights after drinking and doing drugs all night. And speaking of drugs, most suburb kids have the funds to get the good stuff. No one is smoking dime bags of dirt weed and doing 20$ packs of stepped on blow, when there’s ounces of Kind bud and eight balls to be had.

Why does this happen in these nice

It’s easy to get stuck in a daily routine within the comforts of your neighborhood.

little communities? Because of boredom. That’s the downfall of suburban life. The city kids have a lot more stimulation everyday. From my experience, they’re exposed to a variety of life that the suburb kids just aren’t (and weren’t, when I lived there). I see the influence city life has had on my daughters, age 6 & 8.

back in the day, I was just taught that there are all different forms and ways of making art. When my oldest daughter came home with a splatter paint piece she did from her Brooklyn public school, she was like, “Dad, don’t you think this is so Jackson Pollock?” For school trips, they’re taking a bus into Manhattan to go to the Museum of Natural History and the MOMA. I went to the Gregory Museum, down the block from my elementary school, to see 3 rocks, an Indian arrowhead, and a set of old keys to a jail cell that once stood where the museum was 50 years ago. There’s a big difference.

But with all this access to anything and everything in the more urban areas, there are still some basic life survival skills that are not a priority. There are things I’ve noticed, meeting people that

were born-and-bred city kids, that I’m amazed they haven’t learned yet. In the ‘burbs, you count the days until you can get your driver’s permit and license, but because of public transportation in the city, I’ve met numerous people that never got their drivers licenses [they fucken carry their passports around with them as ID to get into bars]. That’s crazy to me? And even more crazy, I know city people that don’t know how to swim? This day and age, you should have to learn how to swim at the same time you learn how to snap your fingers or ride a bike... Maybe even before. That is truly some basic survival need that a lot of urban kids were deprived of with little access to pools or beaches and shit. Growing up, I had a pool in my school (swimming was a class), and lived 15 minutes from the beach.

As you can see, I can go back and forth, taking both sides on what I think the good and bad aspects are of growing up both ways, but neither really 100% trumps the other. The best way of life is to have access to both. Like I said earlier, I’ve had it all, and now I make sure my kids do as well. When I was younger and moved to the suburbs, all of my extended family, on both my Mom and Dad’s sides, still lived in the city... So I visited every weekend to fill in the parts I was missing in life (like graffiti). And now it’s the reverse for my children. I’ve been working in Manhattan and living in Brooklyn for the past couple of decades, but my parents are still in the suburbs, so I visit on the weekends and expose my kids to sprawling fields of grass and pools and oceans to run and swim around in.

It’s easy to get stuck in a daily routine within the comforts of your neighborhood. I’ve watched friends struggle with leaving their nests for as short as day trip. But the trick is to explore, even as little as going in or out of the city limits. Experiences breed wisdom. Go check out the other side.