Back when people were tuning in to see Walter Cronkite in the 1950's or when they watched Dan Rather in the 80's, millions of American households trusted every word the news anchors uttered. 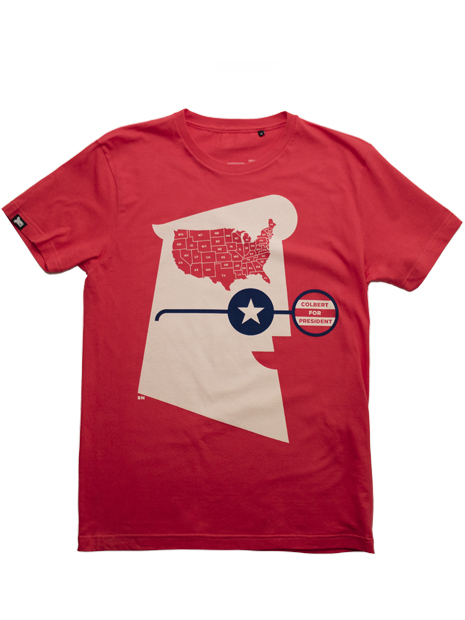 It seems times have changed. Newscasters have turned into personalities, and news has turned into political opinions.

Whatever happened to just reporting the news? Nowadays news is discussed by experts and commentators in such a manner that the audience doesn't have to make their minds up for themselves, but instead receive "news and what to think of it" as a packaged deal.

The ways of slightly bending the truth to fit some hidden political agenda might have worked in the past, but today the explosion of Social Media has made our feeds overload with links and opinions from all over the world to reveal any unintended or intended bias with a simple image or a confession from someone that in fact was there to witness the whole event.

In January 1999 another News source entered the TV scene. Comedian Jon Stewart became the host of "The Daily Show" with a focus on politics and national news. The show became a huge hit with the coveted young TV audience.

The comedian Stephen Colbert has been cited as one of the most influential people in the world; even outranking the current US president, Barack Obama.

There seems to be a consensus amongst researchers that political comedy has an effect on attitudes and opinions.

For example, it has been found that presidential candidates can increase their likeability by appearing on comedy-based talk shows, and that exposure to the humour of late-night comedy help viewers to make up their mind about candidates; both positively and negatively.

This new way of reporting the news filled the gap for the new generation that's been looking for news delivered easily digested and bullshit free. "The Daily Show" became so popular that a spin-off show, "The Colbert Report", was created to build from its success.

It seems the political comedians are being taken more seriously than ever before. Jon Stewart has been on several magazine covers and been cited by Time magazine as one of the 100 most influential personalities in the world; even outranking the current president of the United States, Barack Obama. And Stephen Colbert has been the featured speaker at the White House Correspondents Dinner. Sure, Jon Stewart and Stephen Colbert are comedians and they may not be the most unbiased sources of news available out there; but they are two of the most-watched talk show hosts in television today. And while also considered trustworthy, Jon Stewart and Stephen Colbert may not be considered the Walter Cronkite and Dan Rather of the 21st Century, but they at least do a magnificent job of putting news in perspective.

Lately Stephen Colbert has educated us all on political action committees (PAC) and Super PAC's when he formed his own Super PAC called "Americans for a Better Tomorrow, Tomorrow". The Super PAC can "raise unlimited sums from corporations, unions and other groups, as well as individuals." As of August 2011, 165,000 of his viewers have joined his quest for change.

So, as the bias media might implode on themselves and the 2012 Republican presidential candidates in the primaries take turn being involved in scandals and faux pas, we might look forward to an all comedian White House staff. Stephen Colbert as President, Seth Meyers of Saturday Night Live's Weekend Update as Vice President, with Jon Stewart as Chief of Staff overseeing it all. And why Stephen Colbert for President? Well, I think people want a change and look forward to a Better Tomorrow. Tomorrow.