77 days and a dash of corn syrup. That’s all it took transforming what was arguably the world’s most recognizable brand, fucking it up beyond recognition, only to quickly fold under the wrath of the masses and ending up returning to the original, iconic recipe. The tale of New Coke – Coca Colas 77-day product disaster – showed just how badly the wish to “keep up with the times” might blow up in your face, even for the big boys of branding. 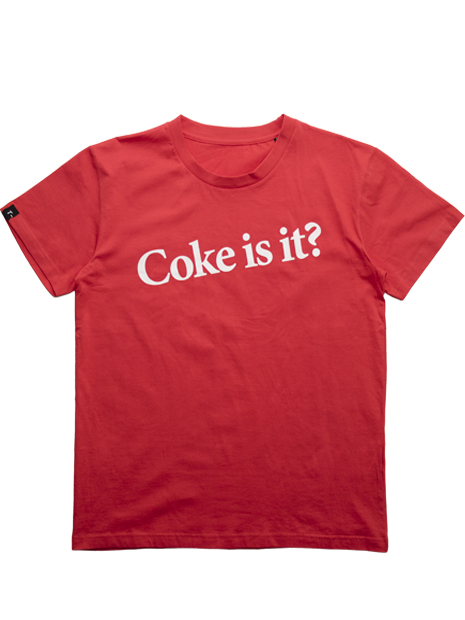 THE BEGINNING: For the better part of a century, Coca Cola had held the worlds soft-drink market in its Root Glass-designed hands. First invented in the late 1880’s, within a couple of years Coca Cola hit the mainstream American market and later had its big European breakthrough in the post World War II-era, claiming a mindboggling 60% world market share. Business. Was. Good. By 1983 however, the number had declined below 24%. The brand still held the position of number one cola drink, but rivals were breathing down their necks. Not only had they lost substantial market shares to Pepsi – baby-boomers seemed to be dropping soda pop in favor of more healthy options. The middle age executives were scratching their heads, helplessly watching the sales curve going down along with their much-anticipated

Then, someone had an interesting idea: “What if we change the taste?”

yearly bonuses. “Is it a marketing-problem?” “Wrong shelf-placements?” “An act of God?” All they knew were that after a hundred years of world soda-domination, power was fizzling out. Then, someone had an interesting idea: “What if we change the taste?”

THE LAUNCH: “Boulder”, “rounder”, “more harmonious”. Roberto Goizuetas was in a great mood, taking his time, letting the words sink in as dozens of reporters at New York City’s Lincoln Center fixed their gaze at the podium – branded “COKE IT IS” – set up especially for the press conference. Having risen to the title of CEO of the massive Coca Cola Company only five years earlier, this was a bold move from the 54-year-old Ivy League-grad. Born in Havana, Goizuetas studied for a

bachelor’s degree in Chemical Engineering at Yale before returning home to tend to the family sugar-business in Cuba.

As Fidel Castro took power in 1953, Goizueta defected while on holiday in Miami, and got a job as a Chemist for the Coca Cola Company. And now, 30 years later, he had climbed to the position of CEO.  Roberto Goizueta was on top of the world. “It was one of the easiest decisions we’ve ever made”, Goizuetas answered when a reporter questioned the risks of meddling with a recipe basically not altered in the company’s 100 yearlong history. In using corn syrup to sweeten the taste – “Old Coke” was dead.

Experts called it “the boldest consumer products move since Eve started handing out apples”. And much like Eves notoriously bad strategy – it misfired.

THE BACKLASH: Over 40 000 calls and letters were received in the wake of the New Coke-launch, and the hail and

praises were far apart. One of the correspondents politely asked for CEO Roberto Goizuetas autograph, as the signature of “one of the dumbest executives in American business history”. Furious consumers engaged in passionate grassroots-campaigns against New Coke, with citizens of California working pro-bono collecting signatures and residents of Seattle setting up their own “hot line”. The Seattle-based organization, called “Old Cola Drinkers of America”, was founded by senior citizen Gay Mullins, and received more then 60 000 phone calls from supporters all over the nation.  A visibly amused Pepsi-CEO appeared in a CBS-interview, gloating: “these two, Pepsi and Coke, have been going at it eyeball to eyeball, and in my view – the other guy just blinked”, Roger Enrico suggesting Coke got desperate. And blink they did. Within weeks, Coca Cola would see its sales dropping at an alarming rate, with Pepsi happily picking up the scraps.

THE BACKTRACK: At the executive’s table, confident smiles had been replaced by sheer panic. What was going on? Before launching extensive market research had shown people were positive to the sweeter taste of New Coke, but a few weeks into the biggest rebranding campaign in the history of The Coca Cola Company – they had a full blown uprising on their hands. It was time to act quickly.

On july 11th, 77 days after the launch, the company’s president Donald Keough held a press conference to officially announce the return of original Coke, this time named Coca Cola Classics. One of the worlds most disastrous rebranding efforts had come to an end, and the massive publicity had in a twisted way actually made it a success. Coca Cola was back on top. “If we had it to do all over again, knowing what the result would be, we would do the exact same thing”, Roberto Goizueta would later say in an interview.

THE MORAL: So what does this teach us, what’s the moral of the story, the big life-lesson to be had? “Stick to your guns?” “If it ain’t broke – don’t try to fix it?” “Big guys fall hard?” “Gently, gently catchy monkey?” You tell me, I just know not to fuck around with corn syrup.