Many say that, with the right promotion, anyone can become big in Japan. Why is that? Could it really be easier to achieve fame in Japan than anywhere else in the world, or is it just safe to say because it´s hard for anyone to beg to differ? Well, if you are planning to give it a go, let´s just say you better bring lunch… 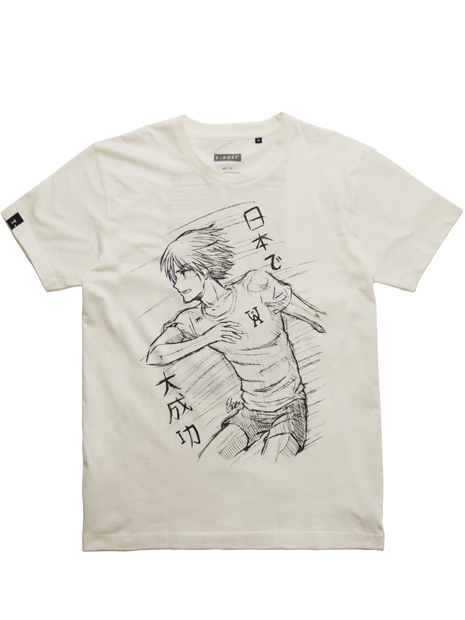 22-year-old Hamatsu ”Nasubi” Tomoaki is naked, completely alone and screaming at the top of his lungs: ”ARE YOU FOR REAL? ARE YOU FOR REAL?”. Twenty minutes has passed since he was grabbed, blindfolded, driven to a small apartment and told to strip off all his clothes. To say the room is ”sparsely furnished” would be a generous way of putting it. A small coffee table and huge piles of magazines, that’s it. No chairs, no bed, nothing. Before being left alone in the empty apartment, Nasubi was given a simple rule: if he wants food, clothes – anything – he will have to win them by entering sweepstakes in the magazines. He will be freed from the apartment after he wins one million yen – about 10 000 dollars – worth of prizes. After a few weeks, Nasubi is near starvation, alone, still naked and on the verge of insanity.

”They´re big in Japan”. We´ve all heard the expression. Washed out 80´s hair-bands, long since forgotten by the rest of the world but still touring Japan, fans screaming with joy while the pot-bellied rock ´n roll-seniors stumble up on stage for one last hooray. It´s sort of the record industries running joke, and even the small country of Sweden has had it´s fair share of moderately successful artist boarding planes headed

Many say that, with the right promotion, anyone can become big in Japan

east, and returning with platinum selling albums and swelling bank accounts. The mega-hit Big in Japan by German pop-group Alphaville stormed the charts in 1984, and has since then been used in a number of films, tv-series and commercials. Alphaville lead singer Marian Gold would later explain, the song was actually about the perils of drug addiction. ”Big in Japan tells about a couple of lovers trying to get off heroin. They both imagine how great it would be to love without the drug: no stealing, no clients,

no ice age in the pupil, real emotions, true worlds”, he said in a 1998 interview with German online magazine Re.flexion. No matter. The song is a timeless symbol of a universal truth: anyone can get big in Japan. Or can they?

To western visitors, the Japanese pop culture might as well be from another planet. The Greater Tokyo area, which is the most populous metropolitan area in the world, also holds what’s more than likely the richest mix of subcultures on the planet. Between its fashionable hipster youth, 80’s-inspired Visual Kei, Yakuza-looking Yanki, 1950’s style rockabilly-gangs, doll-like Lolitas and thousands of other styles, getting a grip on Japanese fashion-culture is nothing short of impossible. The same goes for it´s entertainment-industry. Having a wide range of game shows and reality tv may not be unique for Japan – we´ve got our fair share of

booze-drenched ”Jersey Shore”-characters and gold digging ”The Bachelor”-participants – but when it comes to inventing fucked up plots, the Japanese are in a league of their own.

”Nasubi” is the Japanese word for eggplant. Aspiring comedian Hamatsu Tomoaki got the nickname due to his 30-centimeter long face, shaped like a Japanese eggplant. After a series go auditions, Nasubi was selected to be the first ever contestant in what the producers called ”a unique idea for a show”. He was given a small camera, told to record himself every two hours, and maybe, just maybe, the show would air in the future. In fact, the show started the minute Nasubi entered the house. His participation in season one of the reality tv-show ”Susunu! Denpa Shōnen” in 1998 made him one of the most famous people in Japan, and 17 million viewers tuned in every Sunday to watch his struggle to win sweepstakes and survive in the small Tokyo apartment. 17 million viewers watched Nasubi dance with joy as he won a bag of rice, cry with hunger and frustration when the rice ran out, and slowly regress into a animal-like state. At one point, the 22-year old actually lived on dog food for six straight weeks.

In a 2014 episode of the podcast and radio show This American Life, producer Stephanie Foo meets the now 40-year-old Nasubi to find out what would make someone stay through all this misery and lonelyness.
”Producers later asked me, ”Why didn´t you escape?”. Well, I was naked, so I would have had to go out naked and find help. But, I don´t think that´s what kept me in there. The only thing I can say is that I said I´d do it – and I do what I say. It´s sort of the Japanese spirit – you stick through, endure things when you are given something, whether it´s easy or hard”, he explains to This American Lifes Stephanie Foo.

So yeah, perhaps there is something to the saying; maybe anyone CAN get big in Japan. You´ll just have to ask yourself: ”am I really ready to go through a world of pain to get there?”.