When you’re competing, showing weakness is never an option. Growing up as an avid sports enthusiast and participant (I played a lot of sports), I was always told, by both my parents and my coaches, to leave it all out on the field/court. Be tough, and don’t give up till that whistle blows. The older me and my friends got, the tougher we became and played. But our parents and coaches never prepared us for the emotions that come with this type of aggression. These ‘games’ made me, and guys a lot tougher than me, shed a tear from time to time. 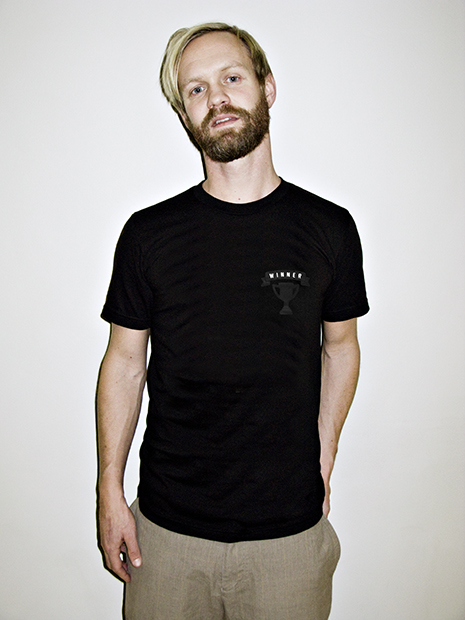 There’s nothing like sports. And there’s nothing better than team sports. The competition within the team is healthy, but the camaraderie that develops when everyone on a team comes together to compete against another team is undeniable. If you play on a team long enough, your teammates become your family. And just as in any family dynamic, when dealing with each other and dealing with the world as a group, emotions can run high.

Growing up, that’s all I did... Compete. Because of my Italian immigrant parents, I was immediately thrown into soccer at around 5 years old. And later on in middle school and high school I also played on the basketball team and wrestled. But throughout it all, when not playing in an organized league or for school, my friends and I created our own teams and ‘mini leagues’ amongst ourselves for that combative fix. Any sport you can name, we played and tried to excel in... Soccer, football, basketball, baseball, hockey, handball, BMX, lacrosse, swimming...

Sports change people. Play them long enough and they fuck with your chemistry.

Basically, what I’m trying to say is me and my friends gave a shit about being the best at everything (or at least trying to be). We were madly competitive and anything we could turn into some kind of battle, we would. We’d race to see who could make it to the lunchroom first on pizza day once that bell rang after class... We’d always test who had the best arm and aim, once any snow fell and we could make snowballs... Fuck, we’d straight up play a game called ‘kill-the-guy’– a game whose objective was exactly that, to kill or

attack and beat up the guy holding the ball. And the funny thing was, we’d fight for that ball. We’d actually fight to keep that ball, just to see how long we could sustain a beating by multiple people before we gave in and had to give it up. We thought that’s what we had to do to make ourselves tough. We trained ourselves from an early age to be this way. We trained ourselves to be winners. And when we didn’t win, it hurt.

Just to clarify, the hurt I speak of wasn’t physical. We’d get bruises and cuts... That was all in a days work(out) and easy to get past. But losing broke us. We weren’t used to losing. That shit didn’t get us sad, it got us mad. I remember one of the first times I cried as a young man. It was through sports, indirectly. I was in 7th grade (11 years old) and on the middle school soccer team. Every day, after school, a

bus load of high school kids on the football team would come play at our school due to lack of room at theirs. I remember this one older dude saying something to me out the bus window once... Something like, ‘Soccer’s for wimps’ (soccer and football seasons where at the same time in school). Not one to walk away from any confrontation, I spit at him through the window as the bus took off. The next day I was running late for practice. While changing in the locker room alone (my teammates were already out on the field), that kid and another bigger teammate snuck up on me. As the bigger one held me, the kid I spit on punched me in the stomach a few times. There was nothing I could do. I wasn’t hurt or anything (we even exchanged a few words afterwards), but the second the football team walked out, I broke down. I cried from frustration. I cried because I couldn’t even defend myself. I never back down. As I said earlier, having the friends I did, I wasn’t trained to. I wasn’t afraid to get beat the fuck up (What doesn’t kill you makes you stronger, right?). But what I couldn’t handle was the feeling that I wasn’t given the chance to compete, or even worse, had failed to step up to the plate and give a good fight. That’s the shit that kept me up at night, and still does to this day. Sports change people. Play them long enough and they fuck with your chemistry. It’s inevitable. Some people are not built to play them. Some don’t have the heart (those people are weeded out pretty quickly). If you’ve ever been on a good team, a team that wins, there is nothing more intense. And that intensity, that passion, brings out emotions that no hurt or pain can ever trigger. I was once on a team playing in a huge tournament out of state. We needed one more score to win. We scored. We won. And I remember running and hugging my teammates, some of them my former kill-the-guy opponents, as we cried in each others arms like a bunch of babies. Sports can do that to a man.