Nature invented evolution, she’s the big ass mama of all trends – no media twat could ever argue with that. So to truly understand what’s hot and what’s not, return to the home of cool and innovation. Getting out of the city is the now-luxury! 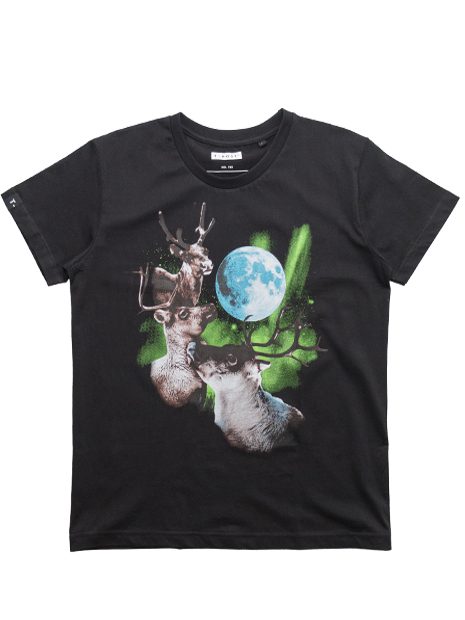 The scenery is nothing short of breathtaking. Thousands of birch-trees, magnificently highlighted by the low afternoon sun, form a thick carpet of fiery orange and yellow, much like the soothing glow as a campfire settles down. From my spot in the middle of the hillside I can see for miles and miles, the lake below completely motionless, a snapshot of perfect serenity. At this moment however, nature’s indescribable beauty means exactly fuck-all to me, as I am seriously concerned I might be experiencing what could only be described as a moderate heart attack. The symptoms are all there: heartbeat racing, chest pains, trouble breathing, and uncontrollable shaking.

“You’re taking up hunting? You?” My co-worker looks at me with the expression of someone being offered to buy a “legit” Patek Philippe wristwatch by a guy in an oversized trench coat outside a downtown movie theatre. I get it. Very few people would describe

Getting out of the city is the new luxury!

me as the “outdoorsy” type. For the better part of twenty years, my wild life adventures were limited to the short walk between the after-ski-beer-pong and the nearby hotel at the comfy ski resort, and I haven’t spent a night outside (not counting the four hours I was passed out under an old rowboat after drinking an entire bottle of vodka at a midsummer eve party at my friends parents lake house in 1999) since junior high. Yet here I stand, six months after so proudly announcing my taking up the noble sport of hunting, in the middle of the vast Nordic wilderness armed with an old rifle, about to shoot an elk. Hence – the numbing panic-attack.

To tell you the truth, I never really expected to be in this situation. Well, maybe at some point, but most elk hunters will go years, some decades,

without the chance of actually getting a kill. This is my second day. Look, I’m not completely new to this. My family has hunted these woods for generations, and as a kid my dad would take me hunting for rabbit, birds and other small game, but that was 25 years ago. And coming here isn’t really about hunting elk; it’s about chasing something else. Piece of mind, I guess you could call it. It’s the sort of recreation spending ten days without cell phone reception, intensely staring at trees will give you.

The small community of Parakka is, in lack of better words, right smack down in the middle of fucking nowhere. Situated in the far north of Swedish Lapland – and home of the native Sápmi-people – it bares little resemblance to the city life most of us are used to. With its vast forests, inaccessible mountains and tough terrain, for thousands of years the areas inhabitants were breeding reindeer and living off of fishing and hunting. To this day, driving down the road, one will regularly be forced to slam on

the breaks and patiently wait as a herd consisting of dozens, sometimes hundreds or even thousands of reindeer lazily stroll along, on their way to lower pastures. The mining industry has transformed great portions of this ancient landscape into huge pits, so much in fact that the nearby town of Kiruna – population 18 200 – is in the process of moving to avoid getting swallowed, buildings and all. But huge gaping holes in the ground aside, if you are looking for seclusion, look no further. There is an awe-inspiring sense of calm in this vast wilderness, as if time stands still. The darkness gets darker up here somehow, and on cloudless nights you might be treated to a lightshow so spectacular it will blow your mind. The Aurora Borealis, or “the polar light” as it’s sometimes called, is produced when the magnetosphere is sufficiently disturbed by the solar winds that the trajectories of charged particles in both solar wind and magnetospheric plasma, mainly in the form of electrons and protons, precipitate them into the upper atmosphere, where their energy is lost. Not in to the scientific lingo? Don’t worry; all you need to know is that it’s fucking awesome. It’s like green fire in the sky, ok?

“The very basic core of a man's living spirit is his passion for adventure. The joy of life comes from our encounters with new experiences, and hence there is no greater joy than to have an endlessly changing horizon, for each day to have a new and different sun.” That’s Christopher McCandless, later played by Emile Hirsch in Sean Penn’s masterful film adaptation of Jon Krakauers nonfiction bestseller Into the Wild. There’s a lot of truth to these words. One might argue that McCandless took it a bit to far – what with the *spoiler alert* starving to death all alone in the Alaskan wilderness and all – but we could all benefit from a bit more wild life-adventure in our lives, and that doesn’t necessarily have to entail provoking a panic-attack or starving to death. Just plain getting out of the city will do you good.