“People are gonna drink! You know that, I know that, we all know that, and all I do is act on that. And all this talk of bootlegging - what is bootlegging? On a boat, it's bootlegging. On Lake Shore Drive, it's hospitality. I'm a businessman!” 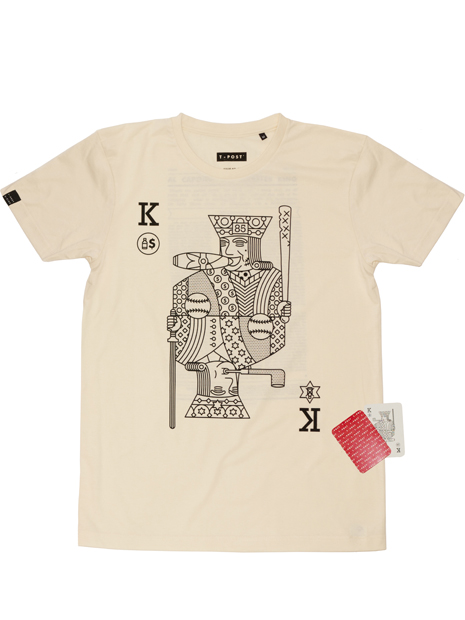 For those of you who haven’t seen The Untouchables from 1987, this is the opening scene from the movie: Al Capone sitting in the barber’s chair, talking to the press while being shaved. The journalists laugh, the photographer shoots a picture. The place is Chicago, the year 1930 and it is not long until Capone will finally end up behind bars. This is not the first and definitely not the last movie about one of America’s most infamous mob bosses, In fact, we have a trilogy ahead of us about the legendary Scarface, who has fascinated generation after generation. In Cicero, which will be directed by David Yates and filmed next year, we will follow the story of a young Capone, making his way up the hierarchy and becoming the richest man in the country during the 20s and the 30s.

So what’s the deal with all this glorification of a ruthless and violent killer? Why are we so intrigued by the dark gangster underworld? Judging by the movie industry, Mafia stories almost seem like a fetish for film directors.  There’s a movie dealing with organized crime for each and every one of us - everything from movies based on real life stories like Martin Scorsese’s Goodfellas (1990) and Casino (1995) or Mike Newell’s Donnie Brasco (1997), to Guy Ritchie’s crazy, fast and humorous Lock Stock and Two Smoking Barrels (1998) and Snatch (2000).

But what really established the

So what’s the deal with all this glorification of a ruthless and violent killer?

mythology of the Mafia in popular culture was a novel by Mario Puzo written in 1969, The Godfather.  Francis Ford Coppola’s 1972 adaption for the screen starring Marlon Brando and Al Pacino became a success: the movie took home Oscars, Golden Globes and Grammys and was nominated in almost all award categories. The Godfather painted an undeniably romantic portrait of the

mafioso as a man of contradiction, ruthless toward his enemy but devoted to his family and friends above all else. Perhaps this is exactly what has held our fascination about the Mafia’s way of life: the strong family bonds and the “we take care of our own” attitude,  the loyalty and teamwork, the honor and respect between family members.

Al Capone is no exception in the way he treated his family. After marrying Mae and having a son, Capone brought his mother and the rest of his siblings to Chicago to take care of them and support them financially. His many brothers became a part of Al’s business following in his footsteps in a life of crime. However, there was one major exception in the Capone family.

Al’s oldest brother James Vincenzo Capone left his family home at the age of 16. He was adventurous and curious about the world so he joined a circus and traveled all around the Midwest. He settled down in Homer, a small city in Nebraska, and changed his name to Richard Hart. What’s fascinating and ironic about this story is that Hart became a Prohibition enforcement officer while his little brother was making bootlegging history in Chicago. Hart was incredibly skilled with guns which earned him the nickname Two-Gun Hart. He became quite famous for his success in fighting the criminal underworld and was even hired as President Calvin Coolidge’s bodyguard. While Hart got headlines in the western  newspapers like” Two-Gun Hart Gets his Man," and "Two-Gun Hart Brings Booze Offenders In",  Al Capone was the big star in the Chicago press.  The media loved him. Every article or mention of Capone’s activities gave the newspapers a sellout guarantee and Capone was very generous in fixing anything the journalists desired. They were on Capone’s side, making him the legend he truly was. In the end, Hart finally revealed his family ties to the Capones, but he never became a legend like his little brother.

Instead, we put the bad guys on a pedestal, glorifying their choice of a life of crime and thereby legitimizing the violence that is necessary for them in order to protect their interests. On the other hand, Al Capone was seen as a hero by many during the great depression in the US. He was the one who gave poor people job opportunities when no one else could and fed their children by opening soup kitchens in different corners of Chicago. Because of those two extreme sides of Capone and filmmakers’ passion for a cool criminal, our fascination with America’s most notorious gangster will probably never die.