The 80’s were where it all happened. Anything goes. Nobody would think twice about rockin’ a pair of sweatpants a short jacket and a head band – the stranger the better. A lot of the 80’s stuff have been re-surfacing on the fashion scene for years, but in a slightly toned down 21st century version. The true “anything goes”-style has still not shown it’s face. Why? Are we too uptight to take that final leap? 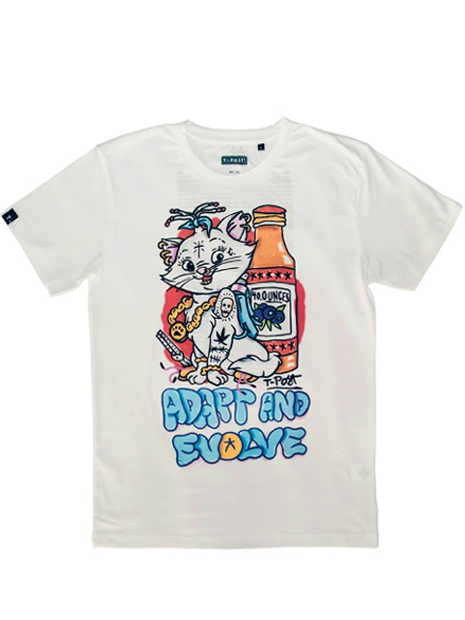 Aah, the 80’s. The decade of neon fanny packs, blow out’s, spandex, hair-bands, oversized shoulder pads and undersized self-preservation. It was truly the golden era for exhibitionistic peacocks with highly questionable stylistic judgment. The 1970’s, with the birth of disco, had introduced a new flamboyant look, but the crazy 80’s made the 70’s disco-style seem like the gear of choice for an Amish barn-raising party. Looking through old photo albums from the 80’s gives the sense of an anything goes-era, a sharp contrast to the past decade with its ill-fitting brown corduroy pants and unassuming wool-pullovers.

So, what made even the emotionally and fashionably repressed Swede embrace intense pastels, shiny spandex and huge hair? How did the shy Scandinavian go from anonymous folk-dancer to coked-out disco-diva? Well, Swedes were going through a big lifestyle-transformation. The economy was booming, playing the stock market became a national past-time, and in Sweden the Social Democratic Party were – after 70 years of almost unobstructed governing – losing it’s grip on the political power.

The 80’s were where it all happened

American youth-culture, with MTV as it’s foremost weapon, was now the inspiration of every Swedish kid. The Swede was shedding its skin. It was a time of individualism, materialism, fun and consumption.

As a child of the 80’s, I’m, not easily shocked – style-wise. Once you’ve had your junior high school photo taken reppin a mullet, neon pink/turquoise plush-sweater and acid-washed dungarees you’re pretty much immune to apparel-induced embarrassment. “I used to blow-dry my hair and apply so much hair spray you could actually bounce a full-size basketball off of my perm without making a dent. People did. All the time”, a female friend tells

me with an unmistakable streak of pride in her voice.

With music videos making it’s way into our living rooms, the floodgates of inspiration were open and with this – a brave new world. “The first time I saw Mötley Crües “Girls, Girls, Girls”-video it changed my life”, a male friend reminisces after a few drinks. “I switched looks over night, stole my sisters lycra pants and went to town on my mom’s make up-box. I felt awesome, but my sister called me a ”weird little tranny”. Didn’t matter though, I knew I looked great”, he continues as the recognizable first riffs from “Girls, Girls, Girls” roars from the speakers. Now sporting a classic 2015 middle management vacation-look – khaki shorts, Ralph Lauren polo shirt and receding hairline – it’s all but impossible to imagine him having Nikki Sixx as his ultimate style icon. But the 80’s brought way more than

heavy metal hair bands to the table. Within a few of hours of the first episode of Miami Vice airing, trendy dudes were frantically combing through menswear stores in chase of crispy white suits, pink tank tops and suede penny loafers. Don Johnsons character, Miami cop Sonny Crocket, became the ultimate sex symbol, and his sun-bleached back slick and three-day-shadow gave ripples across the western world.

At this time, American urban street-culture had yet to hit mainstream Scandinavia, but all this was about to change. When Aerosmith released the hit single “Walk This Way” with RUN DMC, kids all over the Nordic countries were in shock – hiphop was like nothing we’d seen before. Graffiti, breakdance and rapping was quickly gaining in popularity, and in Stockholm thousands of teenagers gathered in the park Kungsträdgården to battle it out in rhymes and moves. With hiphop came the sportswear: Adidas, Nike and Fila. With graffiti came the home made t-shirts – colorful and creative. Hiphop brought a new dimension to style, and was soon picked up by traditional fashion brands.

2015. It’s been called “the new Nordic wave” – Swedish, Norwegian and Danish high fashion brands making its way across Europe, Asia and the American continent. With a few exceptions, the style is very clean, sober and smart – the color palette is black, grey and navy blue. Walking through Stockholm the signature style is everywhere, with items from brands like Acne, Filippa K, Hope and Whyred draping the shoulders of trendy web designers, media-employees and trendsetters all over town. The traces of the 80’s are there; shoulder pads, penny loafers, acid washed jeans, but it’s like a grown up-version – toned down and clean. So what happened to fun and individualism, where’s the craziness? Did we all just get TOO damn preoccupied with keeping it clean?

Sure, the 80’s may never be associated with good taste. But has fashion ever been more fun?