A Wrong Can Make a Right

Many great things in the world are created by pure accident. Jan Boklöf’s V-shaped ski jumping style caused deducted points during all of his career, until everyone started doing it, and jumped further than ever before. A fuck-up in the brewing-process created Guinness famous stout-beer, and why not bring up the mother of all accidents: the Big Bang... or T-post for that matter. 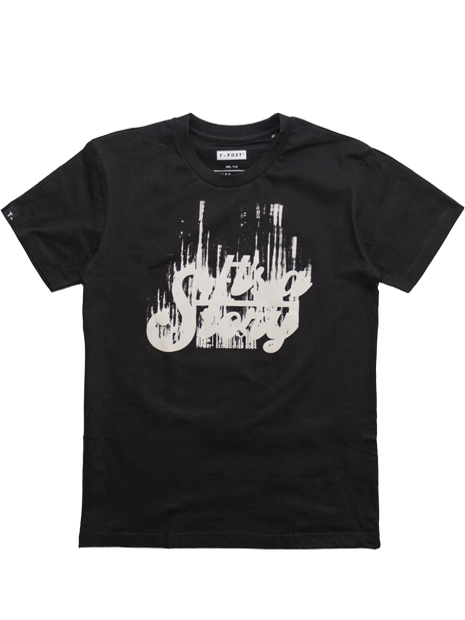 In an age of ginger-broccoli-smoothies, low-carb, gluten free, no-wheat, 24-hour juice bars, gym-selfies and widespread obsessive fitness-hysteria, it’s hard to imagine a time when beer was being viewed as the health-aware beverage of choice. This was, however, the case in 17th century Ireland. For centuries, drunkenness had plagued the country and by the end of the 1680’s – alcohol was basically drowning the British islands. In an effort to eradicate alcoholism, parliament had passed a law forbidding the import of liquor, an action that hardly made a dent in the country’s rampant alcohol consumption. Instead, enterprising citizens started their own manufacturing and selling of gin – something that gave this period in time the somewhat ominous description “The Gin Craze”.

The romanticizing of alcohol had it’s reasons. For one – a glass of Dublin’s heavily polluted water could literally kill you. Alcohol effectively killed off lethal microorganisms and hazardous bacteria’s – better drunk then dead, right? But being on a never-ending booze-bender was taking it’s toll on the city’s occupants, at which point many turned to beer. The alcohol content was lower, but the brewing-process still killed off the germs that made the water dangerous. Being chronically buzzed,

Many great things in the world are created by pure accident

as compared to being perpetually shit-faced, also made the challenges of everyday life more manageable, a sure win-win. Beer was hailed as a veritable health-drink, in comparison with the devastating power of hard liquor.

In 1759, young entrepreneur Arthur Guinness started brewing ales at the St. James’s Gate Brewery in Dublin. The small business was blooming, and Arthur was confident he had found his calling – so confident he signed a 9 000 year-lease at £45 per annum for the unused brewery. A wise business-move it would turn out, in light of the fact that Guinness, more then 250 years later, still rents the facility at the reasonable cost of £45 a year.

In 1778, just short of 20 years after starting his business, Arthur begun selling his dark beer “porter”, which took the brand from an humble mid-size brewery and over the following 250 years transformed it into one of the most successful brewing-companies in the world. But it would take a fuck-up of historical proportions to put Guinness stout on the world map.

Arthur Guinness son, Arthur Guinness II, was hard at work prepping the barley for another batch of the popular Guinness stout when he got careless. The stout had been a big seller for years, and Arthur II knew the process in his sleep. Still, the crown heir accidentally set fire to the barely, unknowingly adding the soft yet complex flavor that would be Guinness stout’s characteristic trademark for the following centuries – and one of the most used examples of “happy accidents” in history.

It is, however, far from the only famous example of happy accidents. On September 3rd 1928, 47-year-old biologist Alexander Fleming returned to his notoriously untidy laboratory in London’s Paddington after a month’s vacation with his family. Before leaving, Fleming had carelessly left a stack of staphylococci-cultures on a bench, and as the biologist settled in for another work-week he discovered that one colony was contaminated with fungus. The staphylococci-cultures immediately surrounding the fungus had been destroyed, whereas the staphylococci-cultures further away were normal. “That’s funny”, Fleming remarked and showed it to his colleague Merlin Price. Alexander Fleming had just discovered penicillin.

The same carelessness could have cost Swedish chemist and engineer Alfred Nobel his life. While experimenting in his nitroglycerin-factory (sounds safe enough, right?), Nobel dropped a vial of nitroglycerin on the floor. The substance was infamous for it’s high sensitivity, and many people handling the explosives had lost their lives from a lot smaller impacts then the one happening right at the feet of the now panicking Swedish engineer. But the detonation never came. The liquid had seeped into some sawdust, thus becoming stable. Alfred Nobel refined the recipe, patented it as dynamite and the rest is history. Goodbye death and/or serious maiming, hello world fame!

Now, don’t get us wrong. We’re not telling you to start up your own illegal booze-operation, start growing weird fungus or fuck around with explosives – that shit can get you arrested, sick or dead. All we’re saying is that maybe you should give yourself a break every ones in a while, even if you mess up. T-post, after all, was born in a silly discussion about combining unexpected products – a stove/boat, a pen/backpack, or maybe a T-shirt/magazine. Happy accident’s happen all the time, and a wrong can make a right. Just ask Arthur Guinness II, Alexander Fleming and Alfred Nobel.